The Parque Rural de Anaga is another of the pearls of Tenerife. Located on the east side of the island, just outside Santa Cruz de Tenerife, this is an amazing protected area and is home to a myriad of animal and vegetable species. This time, Ruth’s parents joined us on our journey and helped us understand how this region was formed as well as learn some picturesque facts about the park. It was also the first time Noah had been on a hiking excursion. 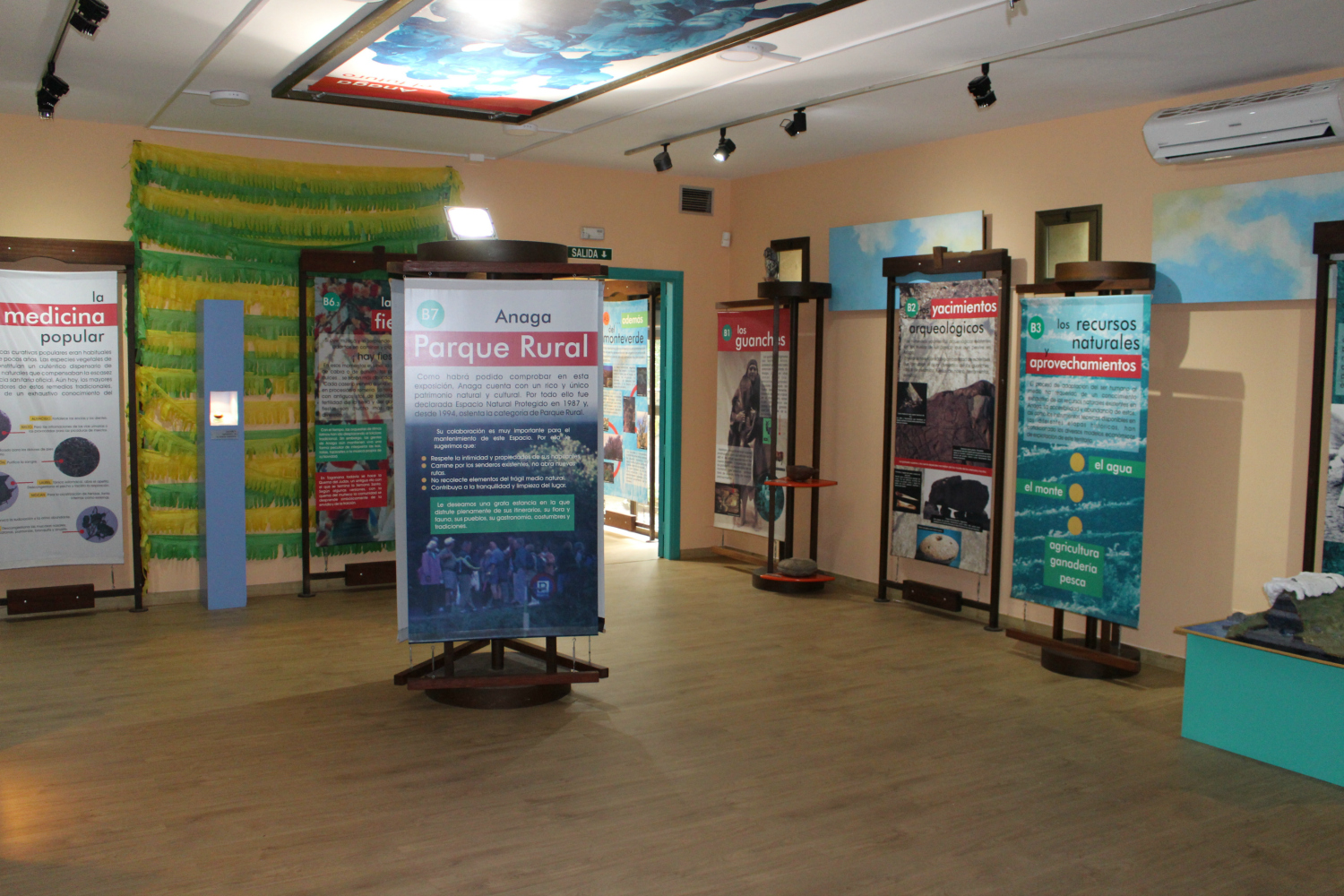 Visitors’ center in Anaga, where you can collect information about the park and your excursion

The place is enormous, with ravines, ditches and volcanic formations, beaches and senderos (hiking paths), and if you have the chance to spend a day surrounded by nature with your family and friends or by yourself, this is the place. 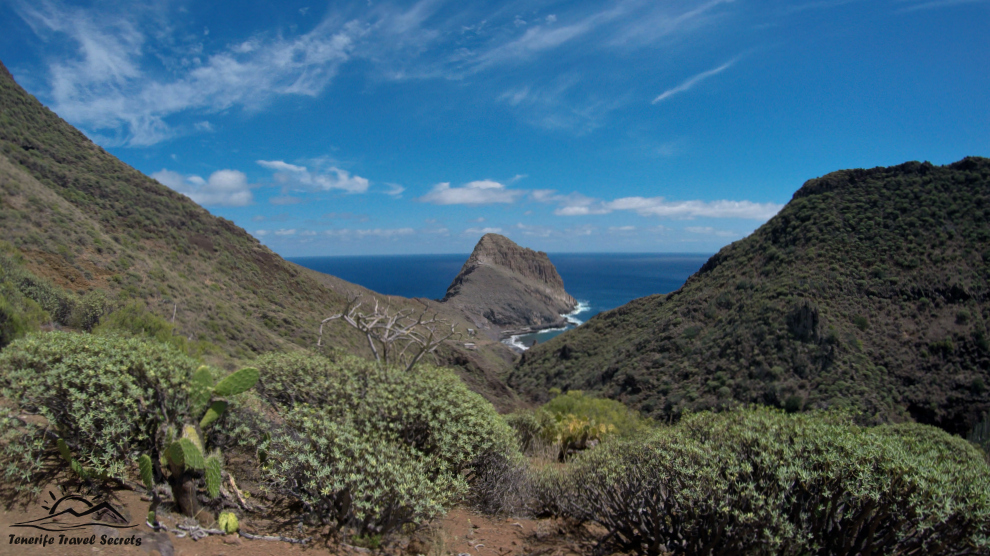 Camino de Antequera is one of the multiple senderos in Anaga

The origin of Anaga lies in the volcanoes of the area, when millions of years ago, many eruptions started to create this massif, initially as an independent island and later as part of Tenerife. With time, erosion and a lack of volcanic activity resulted in an abrupt relief. The rain started excavating an extensive network of ravines and the persistent action of the ocean produced large cliffs throughout the coastal area. 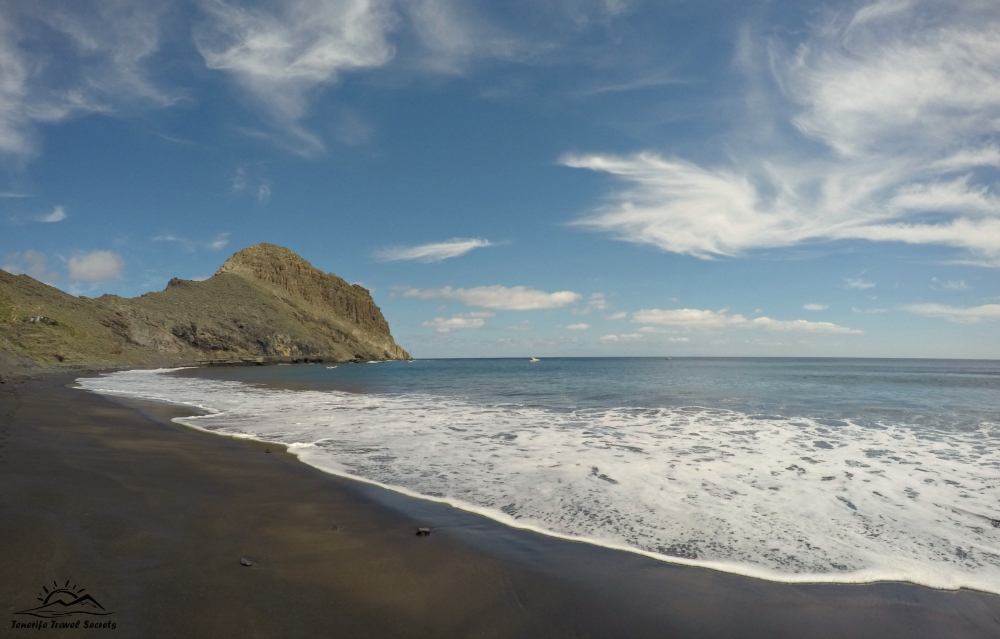 The result of all these natural processes is a fascinating natural park that attracts thousands of visitors every year. 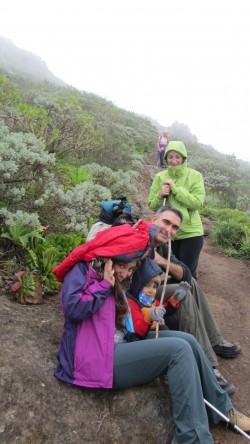 A bit of rain at altitude

The difference in the environments throughout the park is also an interesting phenomenon. When you start walking through the woods, forests and summits, you immediately feel the humidity in the area due to the trade winds carrying drizzle, and the trees acting as sponges to absorb all this humidity. When Ruth’s father told us that the rain lasts usually around 5 minutes we couldn’t believe it until it happened. On the other hand, the coastal area is warmer and deprived of rain, resulting in a more arid area.

During this visit to Anaga we went on an excursion to see Roques de Anaga, a rock formation like small peaks located right on the beach. The sendero has an easy to medium level of difficulty and it takes about 1½ to 2 hours in total. The starting point for this hiking path is in the Chamorga area.

As we had imagined, the weather was unstable with many clouds and a bit of humidity. Not cold but a bit windy, so we wore jackets to protect against the wind and the rain. Noah started walking a bit, but as a protective grandfather Ruth’s father immediately offered to carry him. Of course he did not refuse … 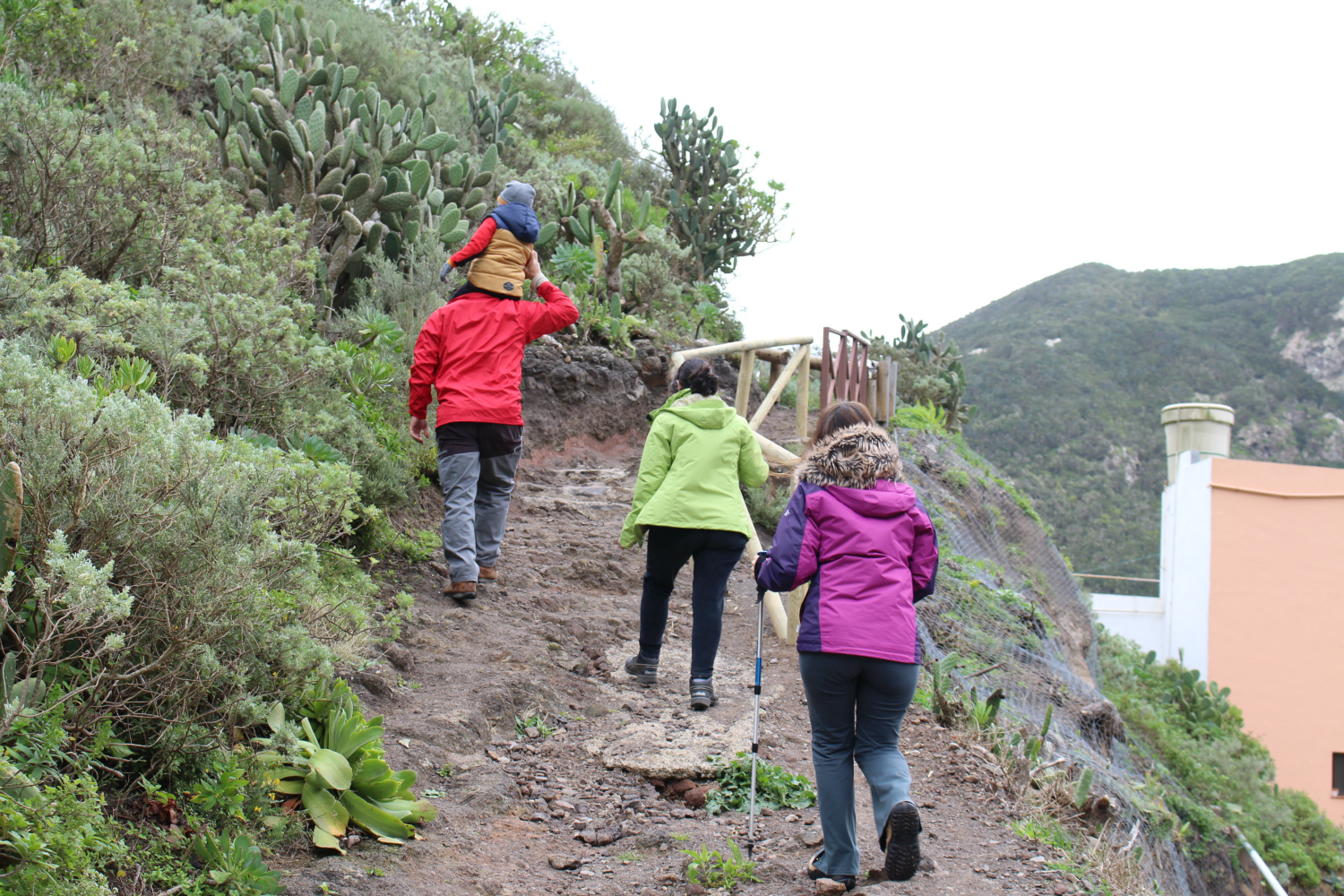 Ruth, her mother Leo and Noah being carried by his grandfather Pablo

The trail was not difficult to follow and it was fascinating to see so many vegetable species along the way. The best way to enjoy the senderos in Tenerife is by always keeping to the paths, following the signs, and never trying an alternate route. This helps the island to ensure full protection of the parks. 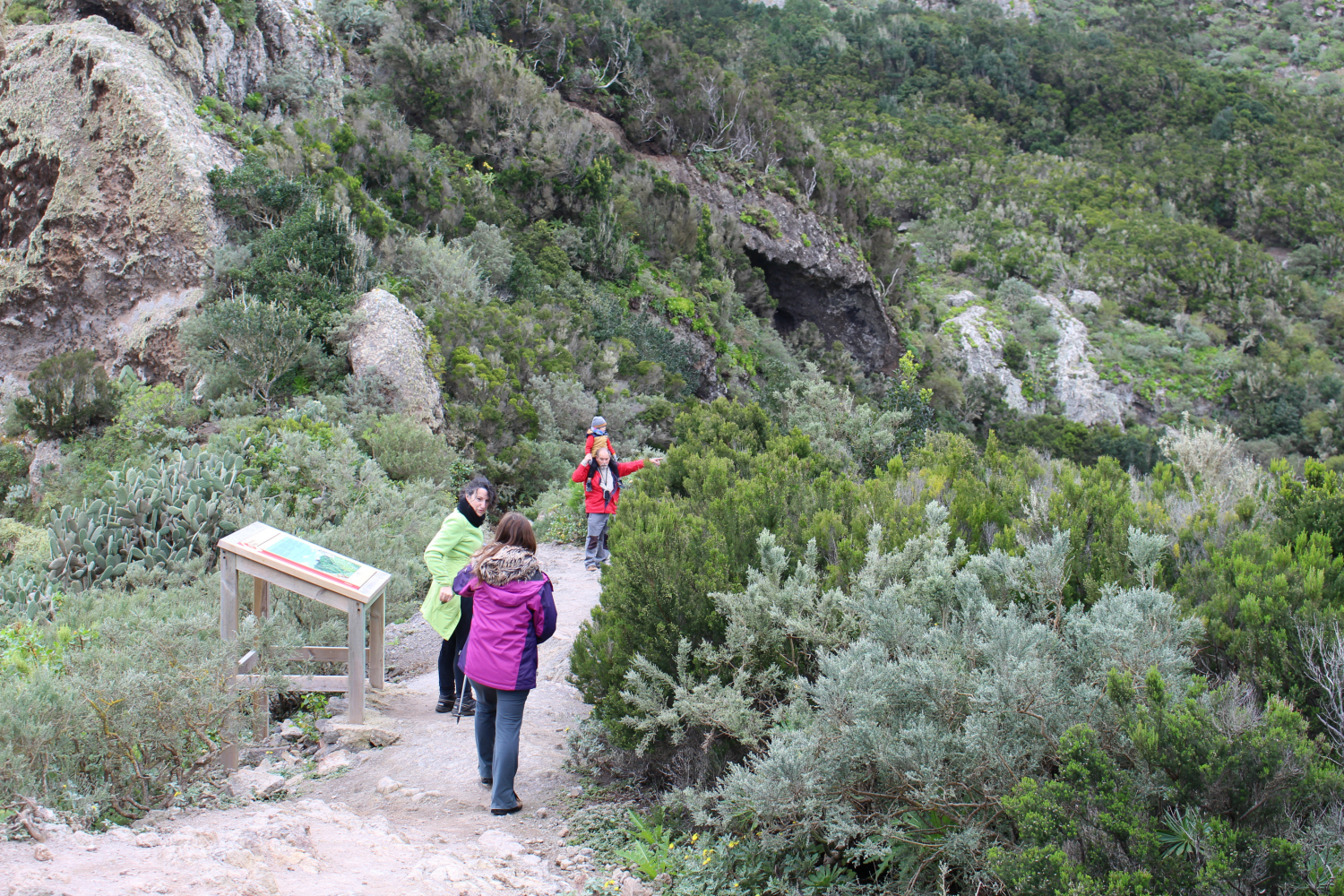 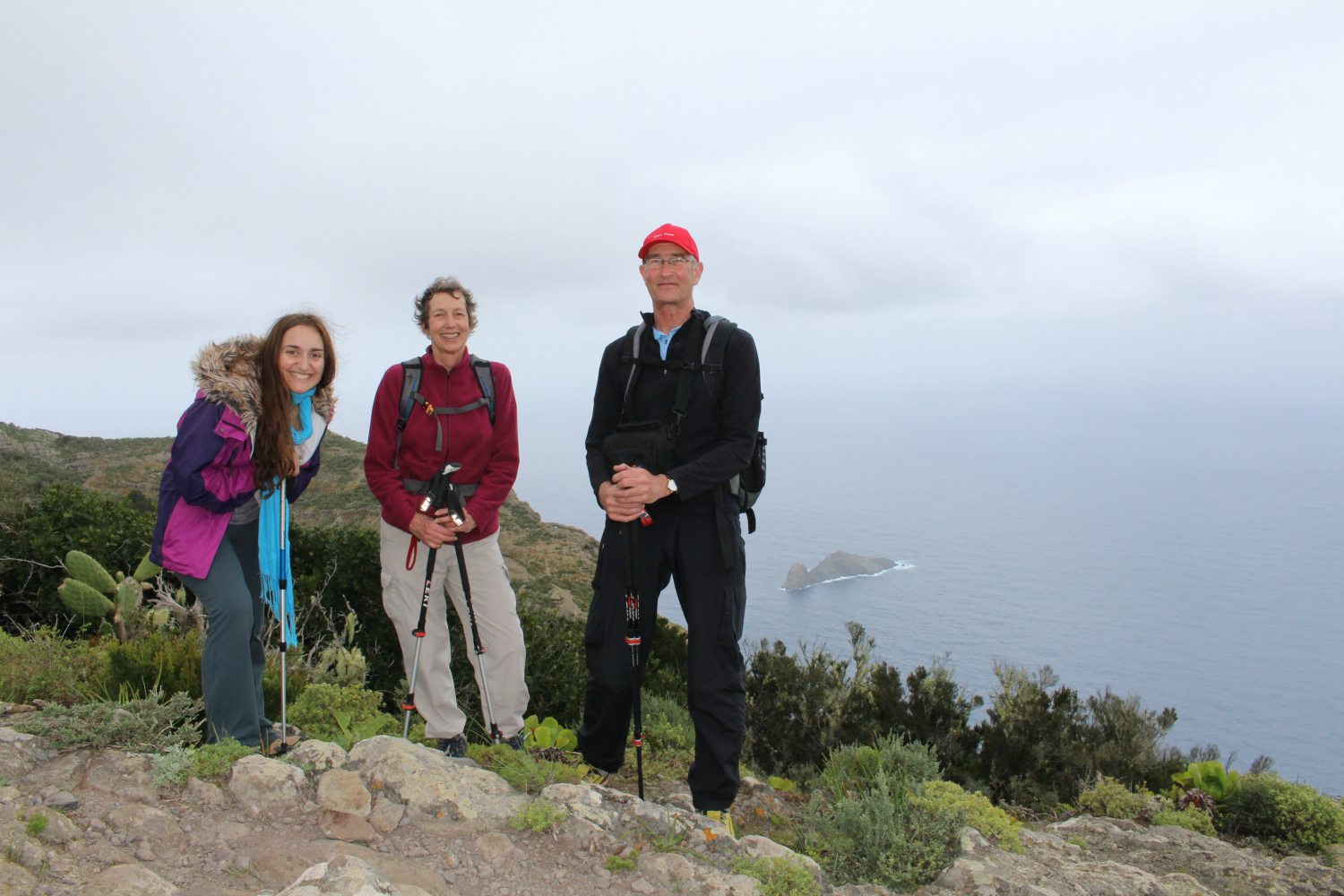 As we came towards the end of the trail it was easier to appreciate the beautiful views. We also took the opportunity to recharge our batteries with some juice on top of the cliff, and not long afterwards we started to descend – the weather was becoming unstable and we didn’t want to get rained on along the way. 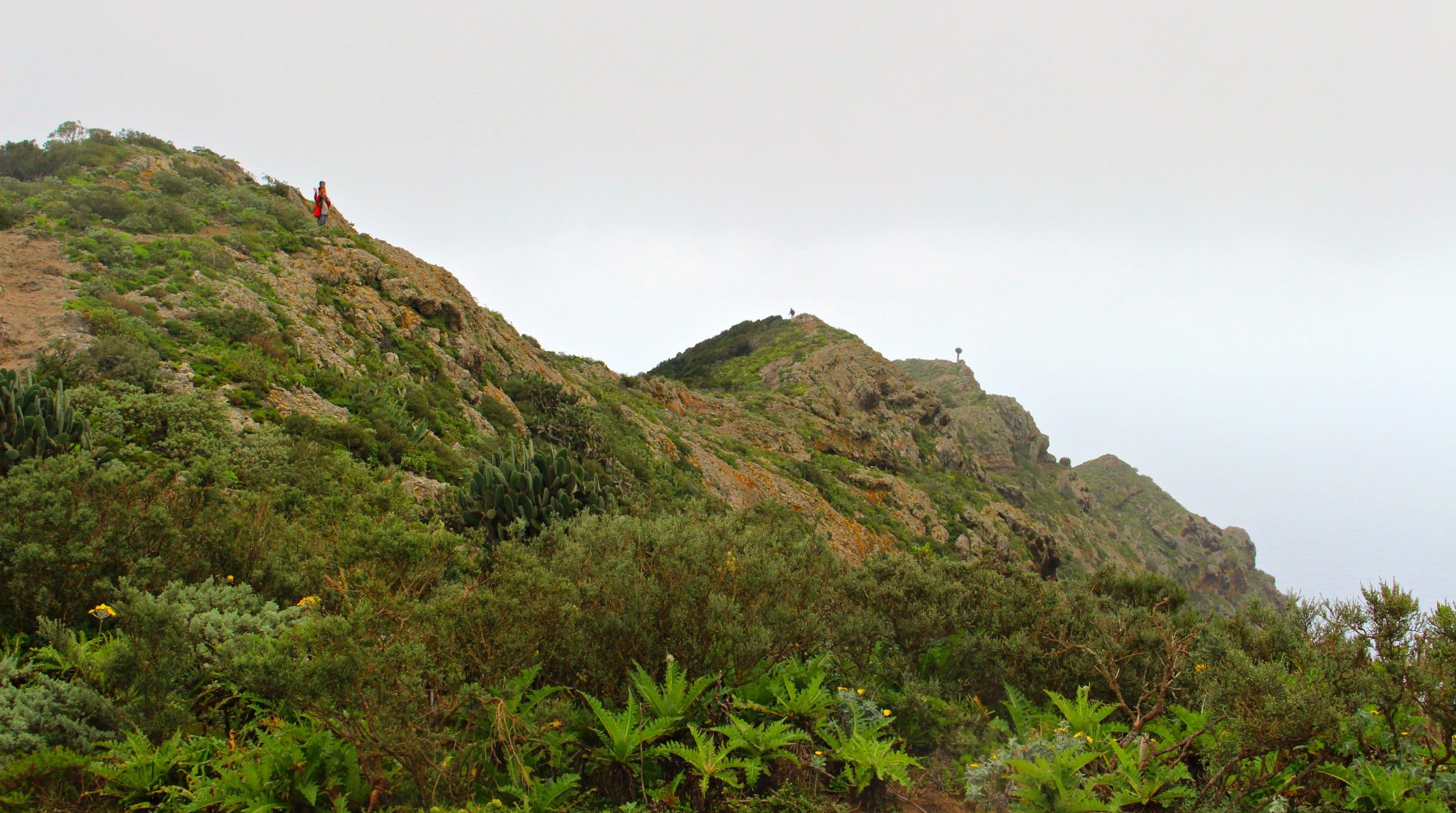 See the red spot on the left? That’s “abuelo” Pablo with his grandson reaching the end of the trail 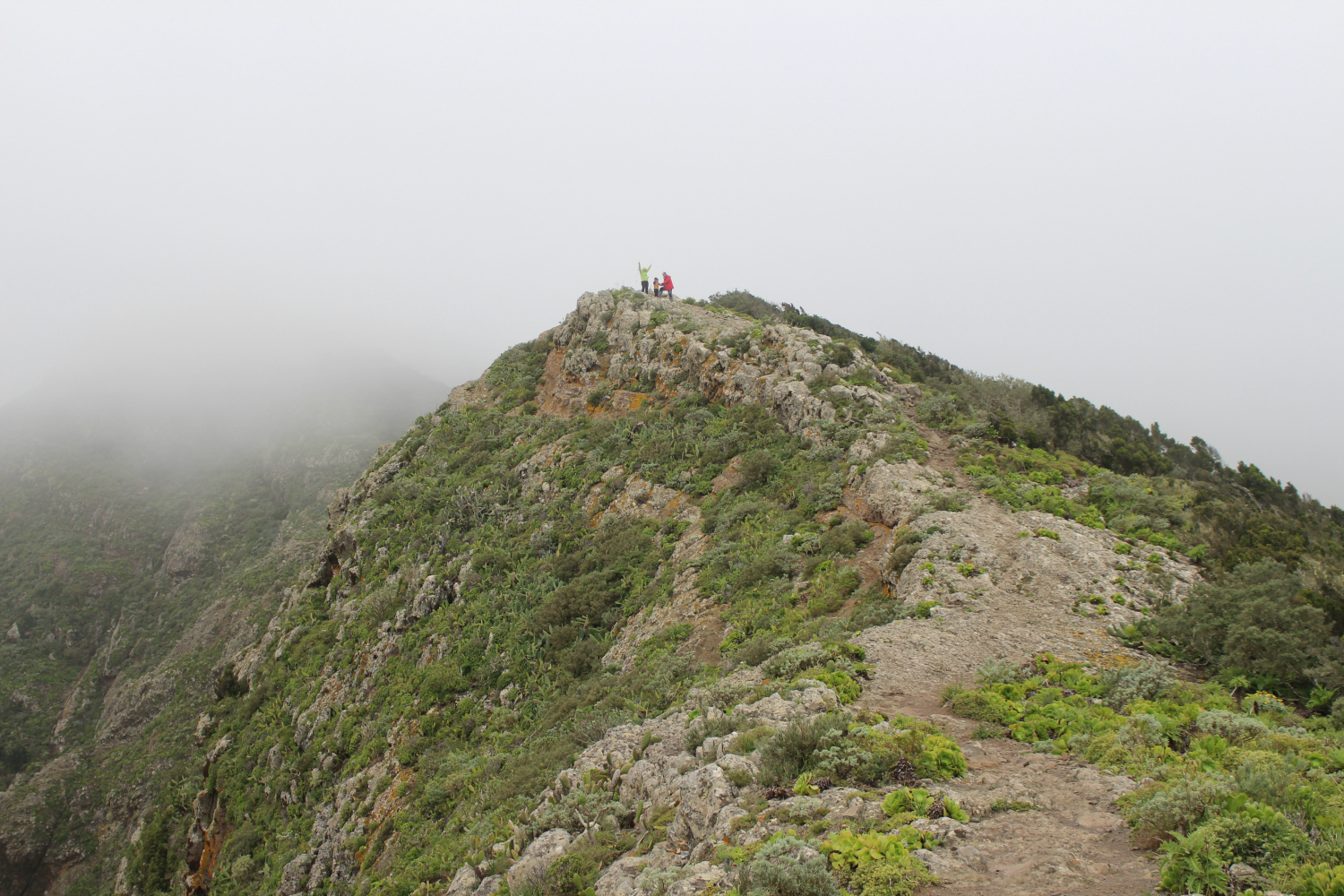 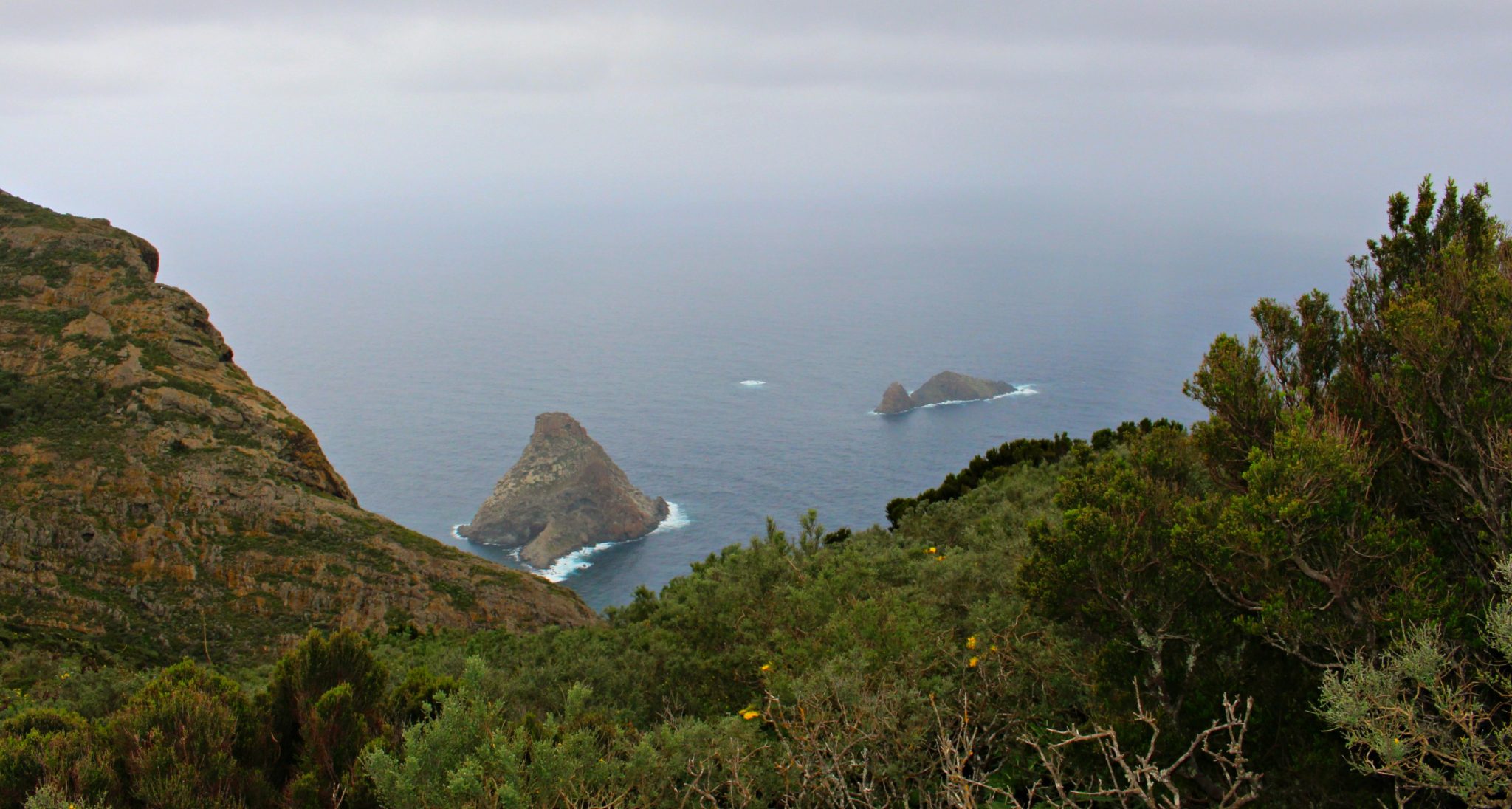 Although the weather was not clear that day, we could appreciate the beautiful Roques de Anaga from above 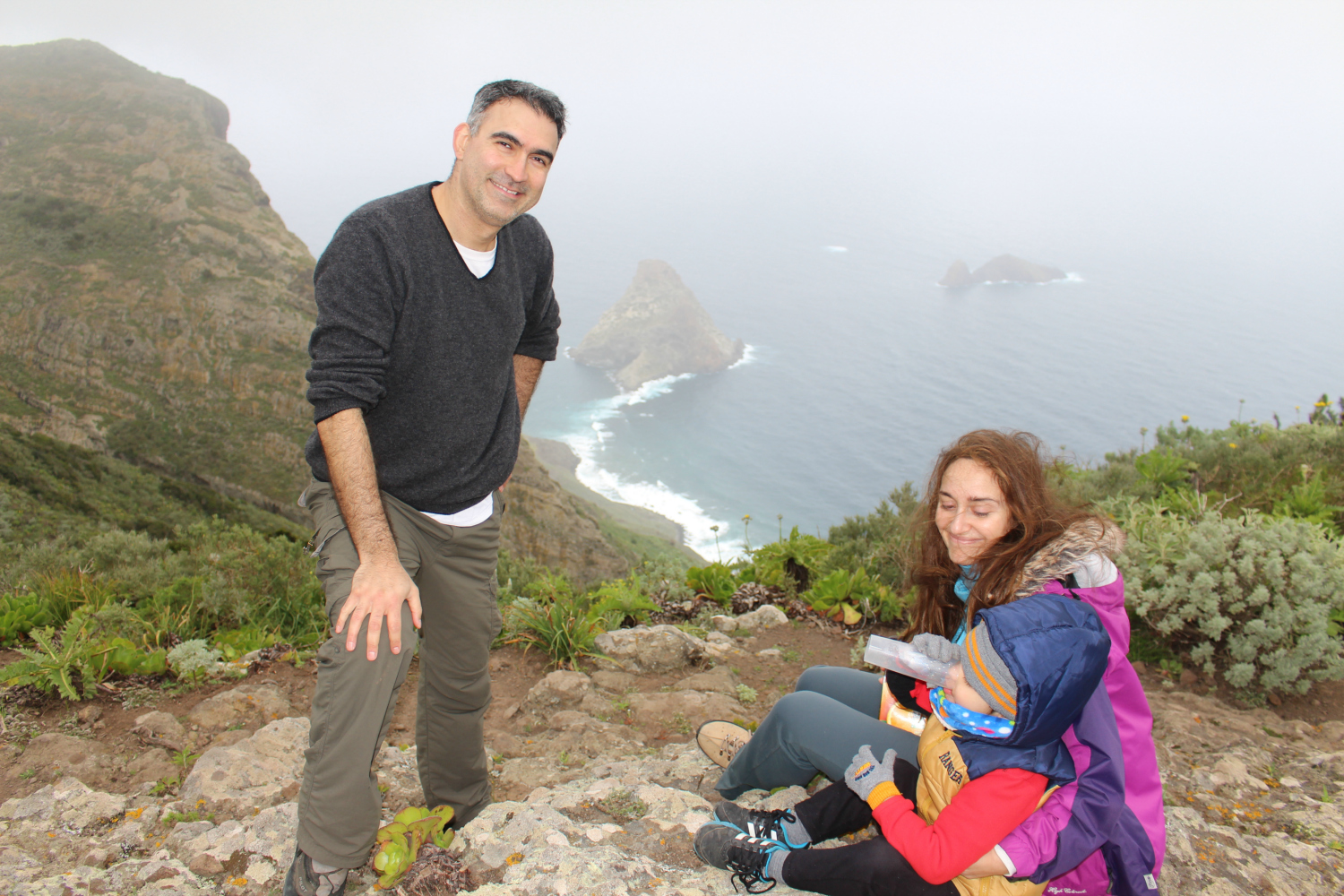 As Ruth’s parents are used to this kind of hiking they were fully prepared for our return. When we reached the end of the path and the car some delicious food was waiting for us. We think Noah passed the first hiking test on our world trip. Time will tell in the first phase of this project in South America. 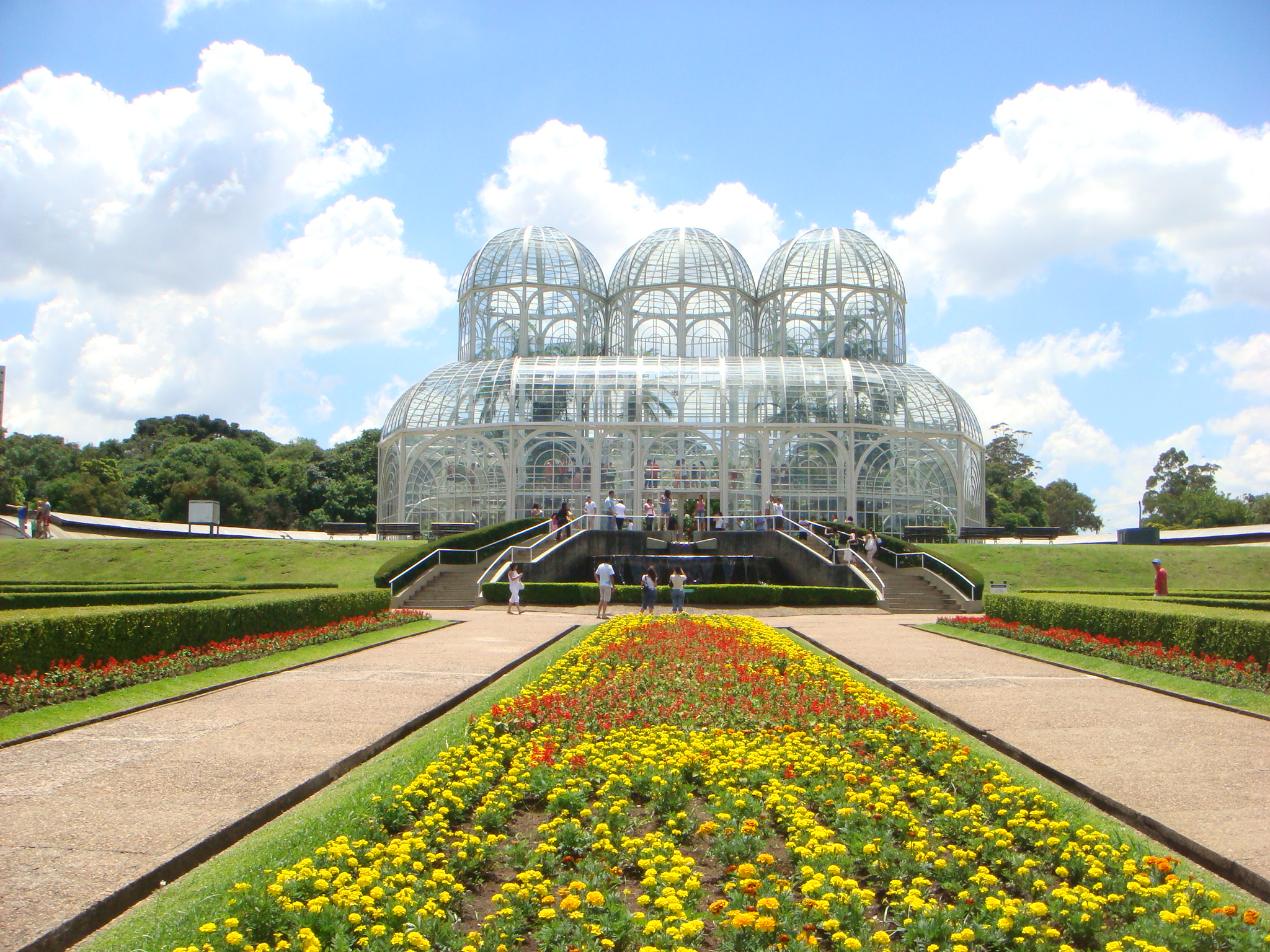 And again home... but the South American one, Curitiba 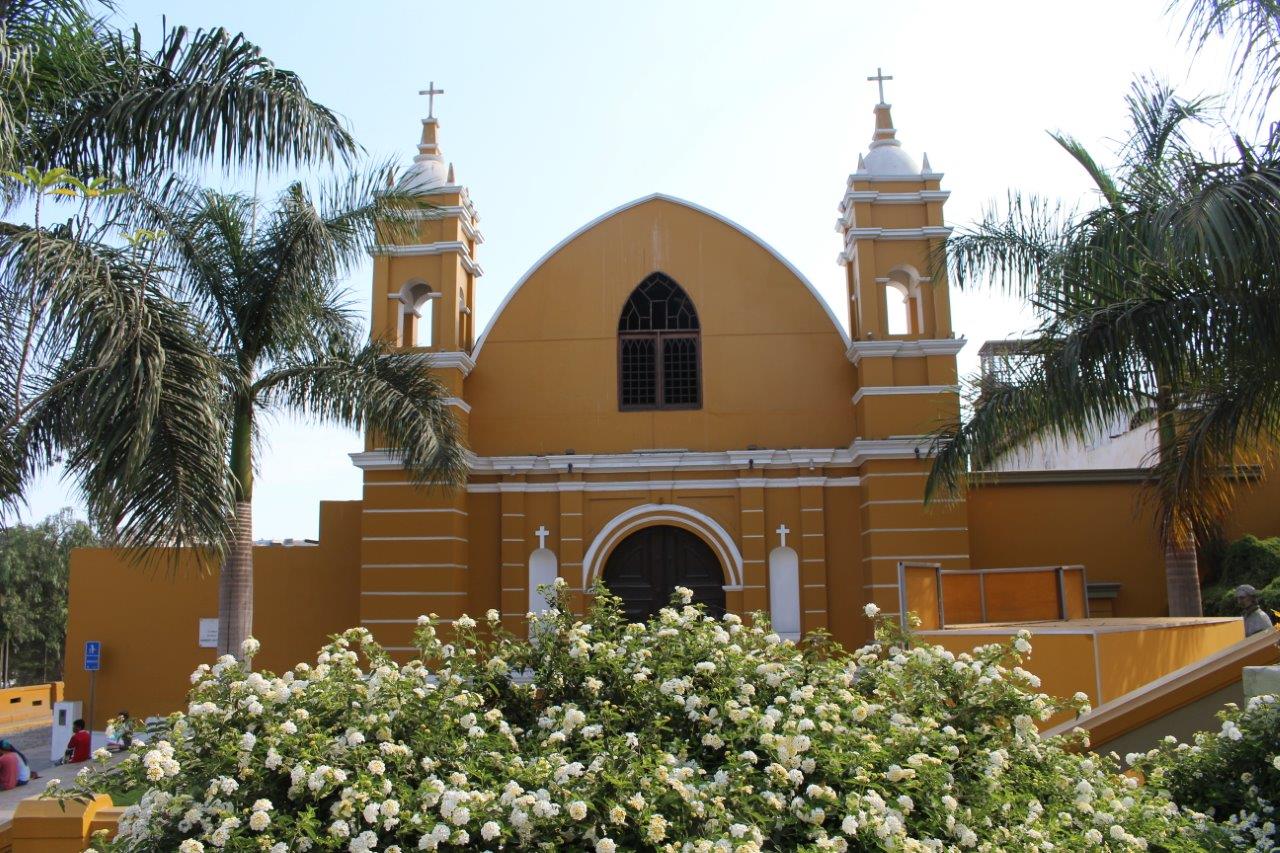 Lima: the beginning of our South American route