We stayed at Hotel Presidente on our memorable trip to the beautiful city of La Paz. It is an imposing 5-star hotel – the first in the whole country – and guests can benefit from its ideal location. 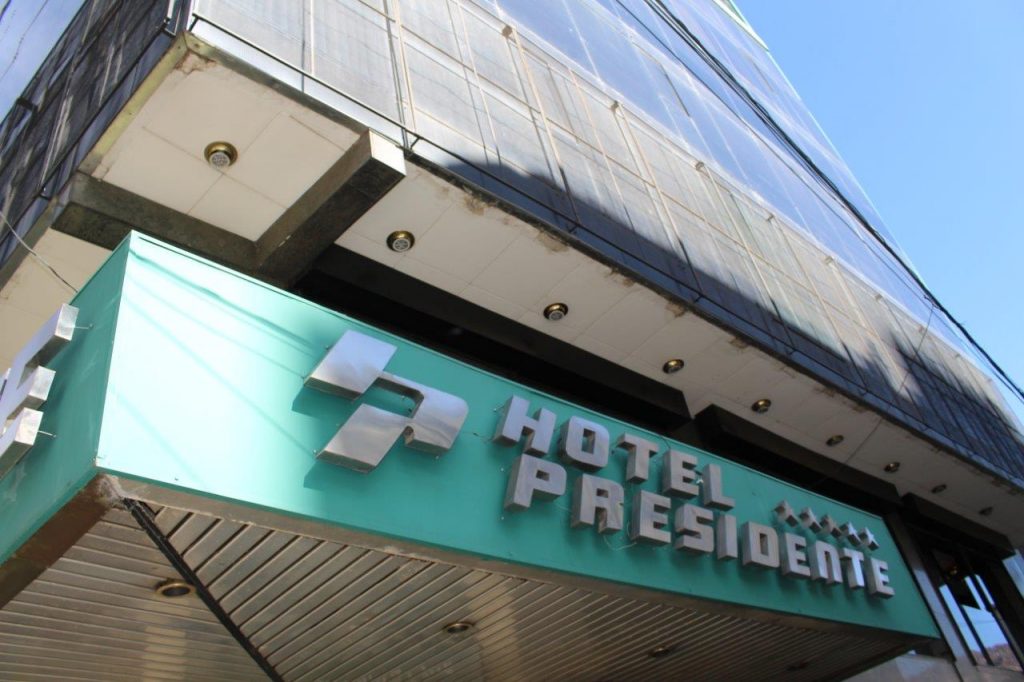 Until recently this was a place where many executives would stay for their business meetings and work, but more and more the hotel is adjusting and adapting to a different type of guest, such as families with children in our case.

Our reception at Hotel Presidente was already something one would expect from a luxury hotel in La Paz or anywhere else. Our charismatic host, Juan Pablo, explained a bit about the hotel, its location and the city itself. 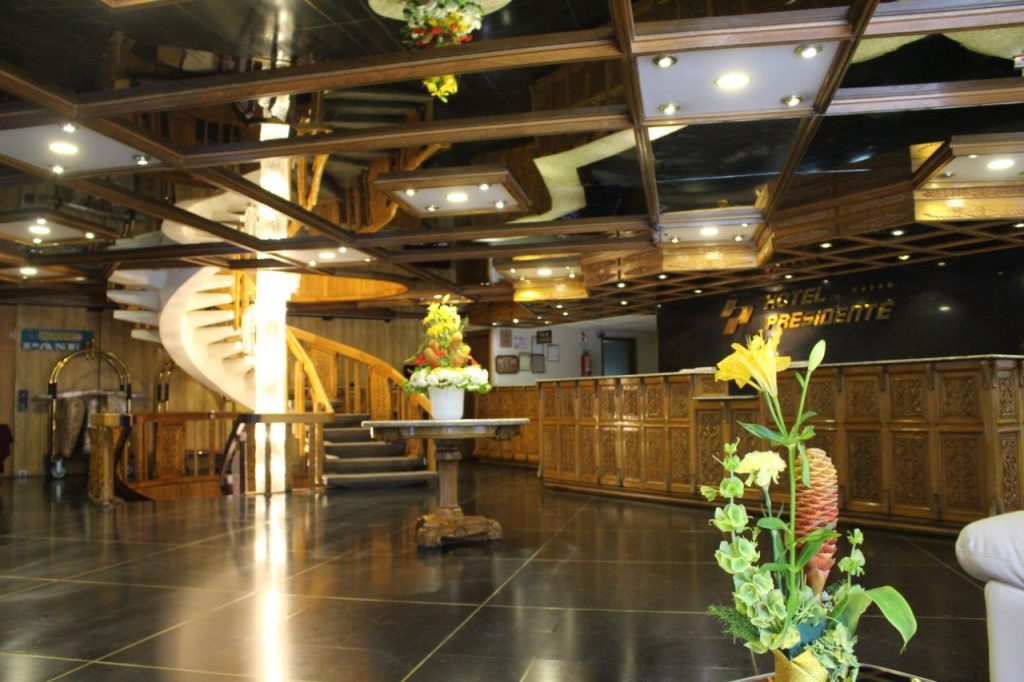 After several long hours on the road from Puno, passing through Copabana and along the bumpy roads in the outskirts of La Paz, we were really hoping to stay in a welcoming yet comfortable place.

Family Travel Secret
We received a warm welcome at the hotel, and the reception staff were particularly friendly while greeting us. Juan Pablo explained in detail what we needed to know about the hotel, its location and the city, and gave us some valuable tips for sightseeing.

We were surprised with the openness of the staff when they explained about the precautions we needed to take while visiting La Paz. Being a big city and a capital, we knew that we needed to be careful of pickpockets on the streets. 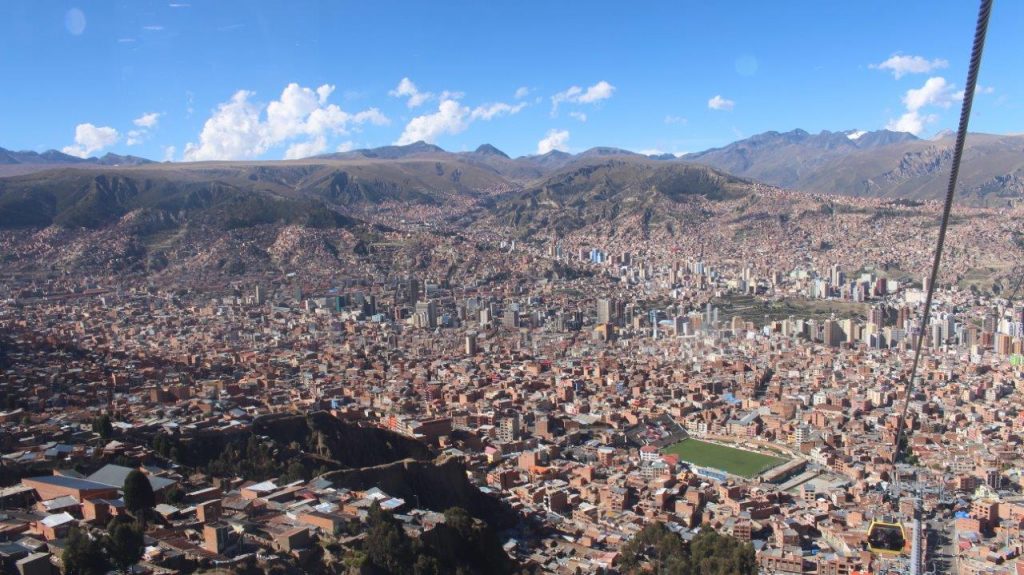 Family Travel Secret
La Paz, just like many other big cities in South America, is becoming more dangerous for tourists. Juan Pablo was straight to the point when informing us that passports and money should be kept in the safe available in every room. If you take expensive equipment out on the streets you should always be careful to avoid robberies. And of course, always, always take precautions while walking the streets at night. 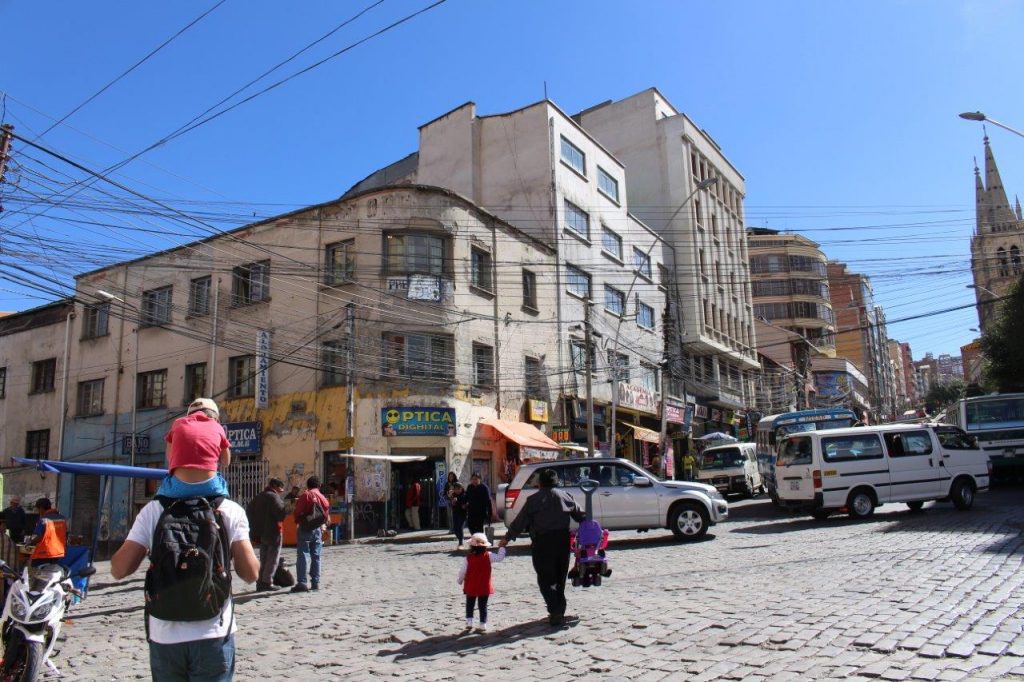 Family Travel Secret
The hotel is part of an important program run by UNICEF, which intends to eradicate child prostitution and trafficking of children from the country.

Our room at Hotel Presidente

This is a classical hotel with large comfortable rooms. Ours was big enough to spread out all of our clothing from our luggage and backpack 🙂

After a few weeks spent travelling around Peru and Bolivia, we urgently needed to go through everything and separate out all the clothes that we would be using over the following days so that they would be easier to reach in our luggage. 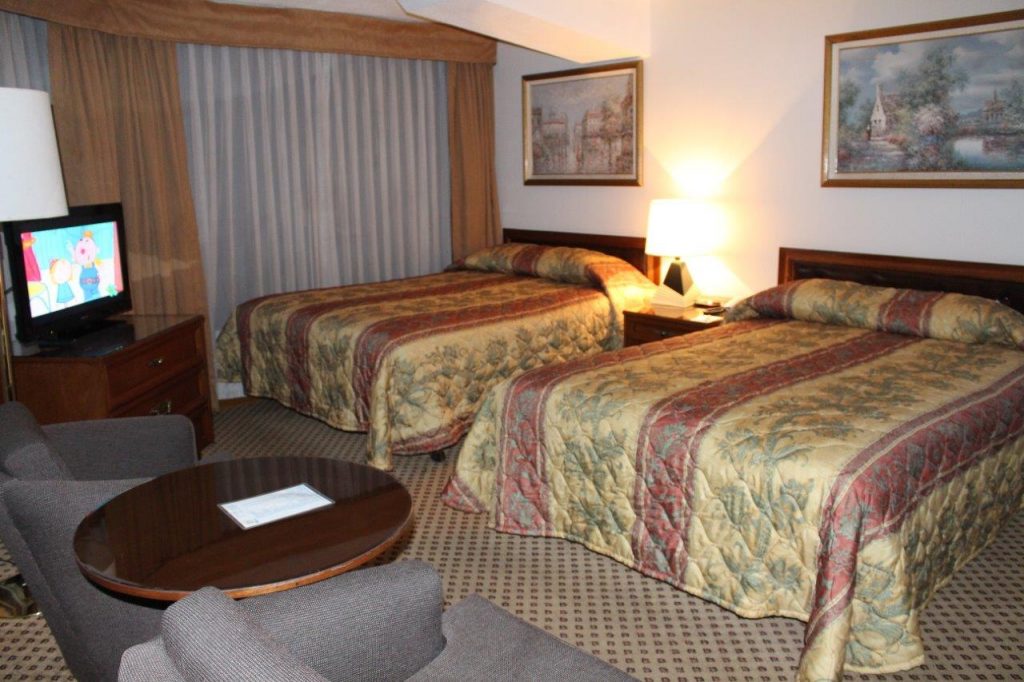 We had two large beds with all amenities and the plus was the great view of the city. The bathroom was also a nice size with a great tube bath, big enough for the 3 of us … so we knew that we would be taking a nice bath that evening 🙂 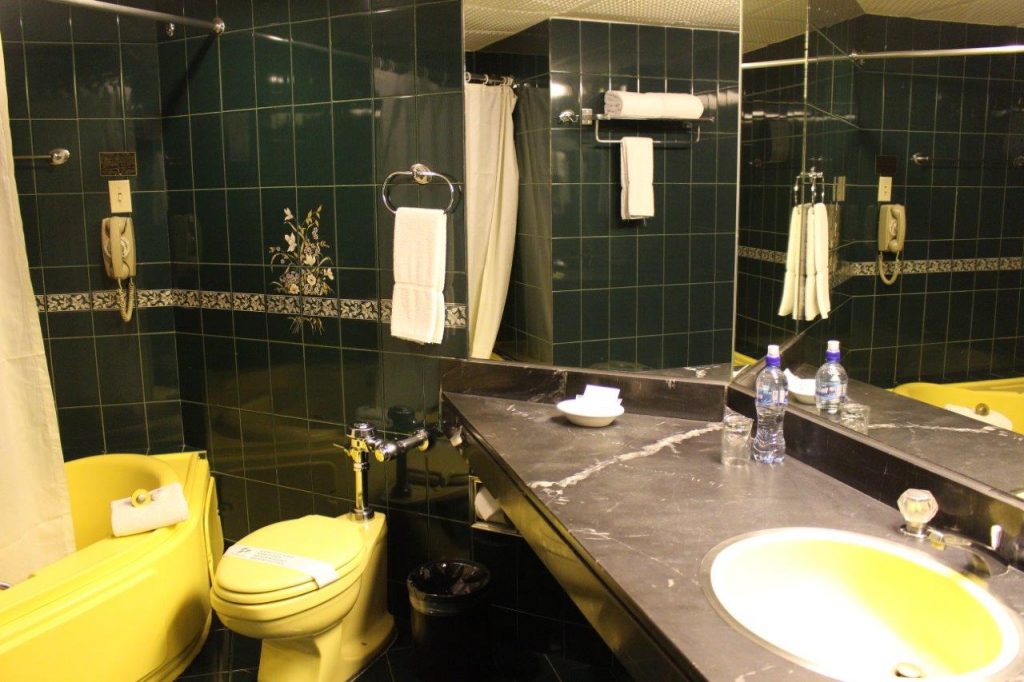 The room also had a small office which was separate and where we could write a bit without disturbing Noah while he was sleeping. 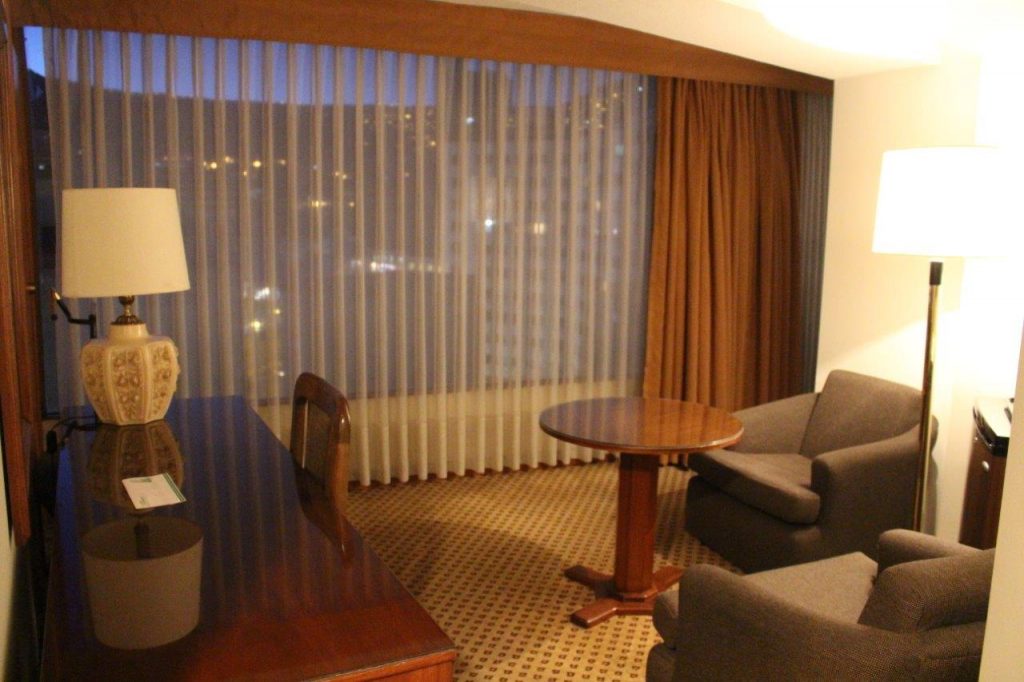 We certainly had some great nights’ sleep there. The curtains blocked out even the slightest ray of daylight which nearly made us miss breakfast on the first morning. Of course we were really tired from the busy days we’d had before, but we didn’t want to waste any of our time in La Paz so on the other days we had to set the alarm so we wouldn’t oversleep 🙂

Our dinner in the Restaurante y Cafetería La Kantuta

As was becoming a tradition on this trip, we decided to have dinner at the hotel restaurant on the first night so we would have a complete experience and be able to give the place a proper recommendation.

The Hotel Presidente has two restaurants: Restaurante and Cafetería La Kantuta, which is located on the first floor and is where breakfast is served; and Restaurante Bella Vista located on one of the top floors of the hotel. We were curious to see the latter first and went upstairs.

Family Travel Secret
The views from the Restaurante Bella Vista are simply breathtaking. It gives a 360 degree view of the city and it is definitely the most upscale part of the hotel.

As we were a bit tired, we were not sure we would make the most of the food and the views so we decided to leave this restaurant for the next day and had dinner at La Kantuta instead.

This was a nice restaurant as well, but it didn’t have the views 🙂

For Noah we ordered the quesadilla, an option that he usually loves, and I had the Lomo Saltado while Ruth chose a local option – Palta (avocado) a la Reina.

The 3 dishes were sizeable and delicious, and it didn’t take long for Noah to start to feel tired. That was our cue to return to our room and try to catch up on some sleep. 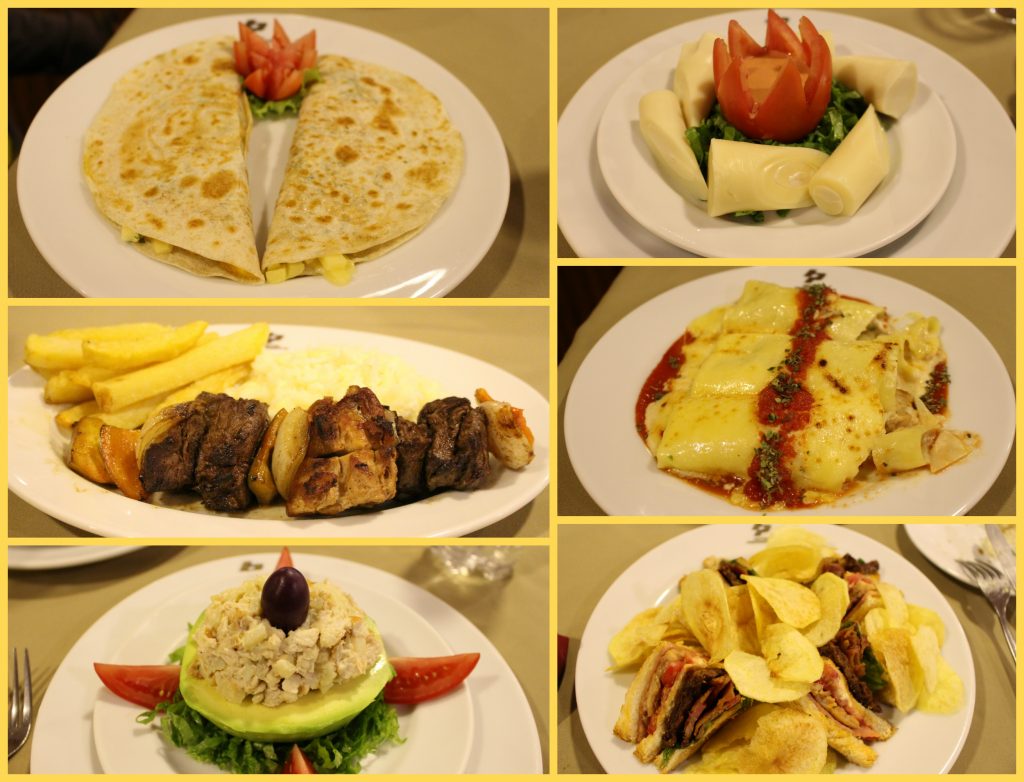 The next morning we returned to La Kantuta for breakfast. The Hotel Presidente serves a great breakfast buffet, with several options of pastries, fruit, yogurts, bread, grilled sandwiches, yucca croquets and many other options for all tastes. As we had our tour to Tiwanacu we did not spend too much time in the restaurant, just staying long enough to enjoy the buffet and get some energy for the day. 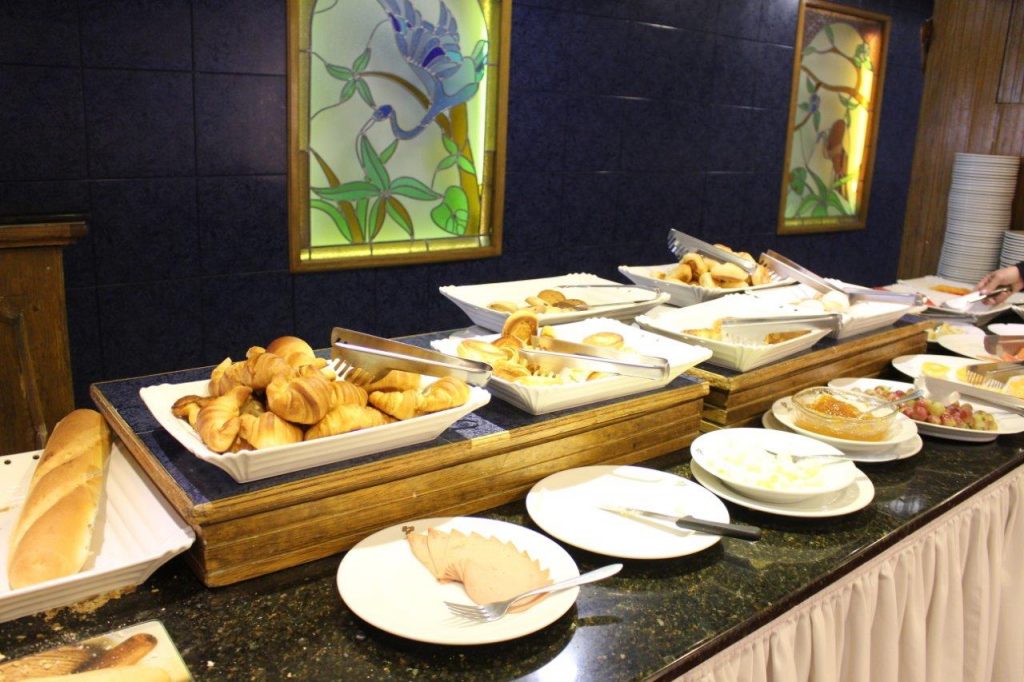 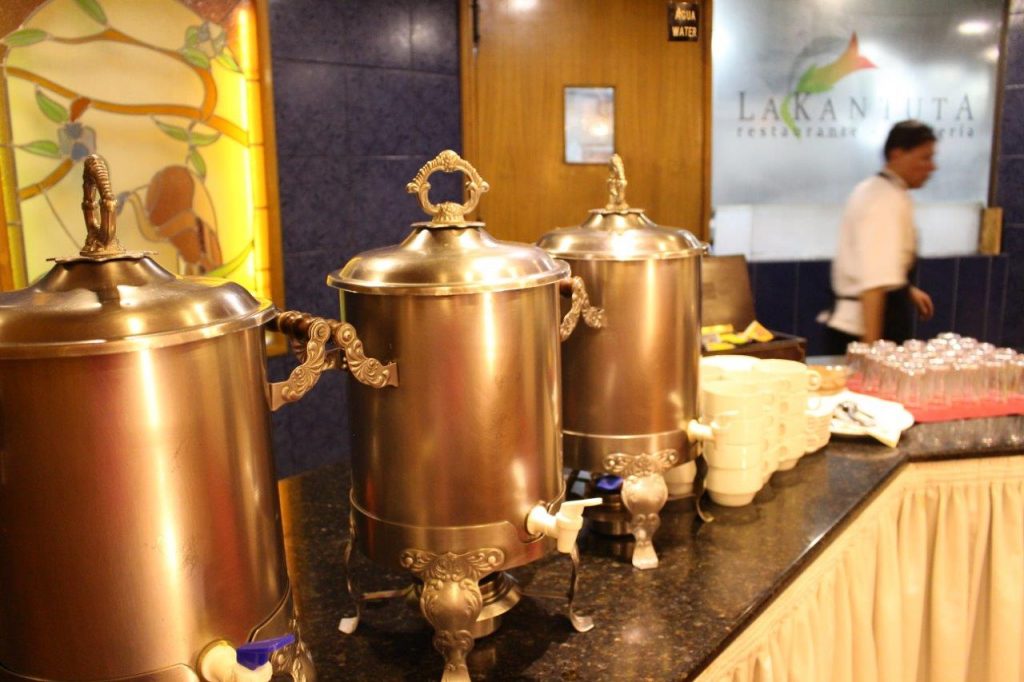 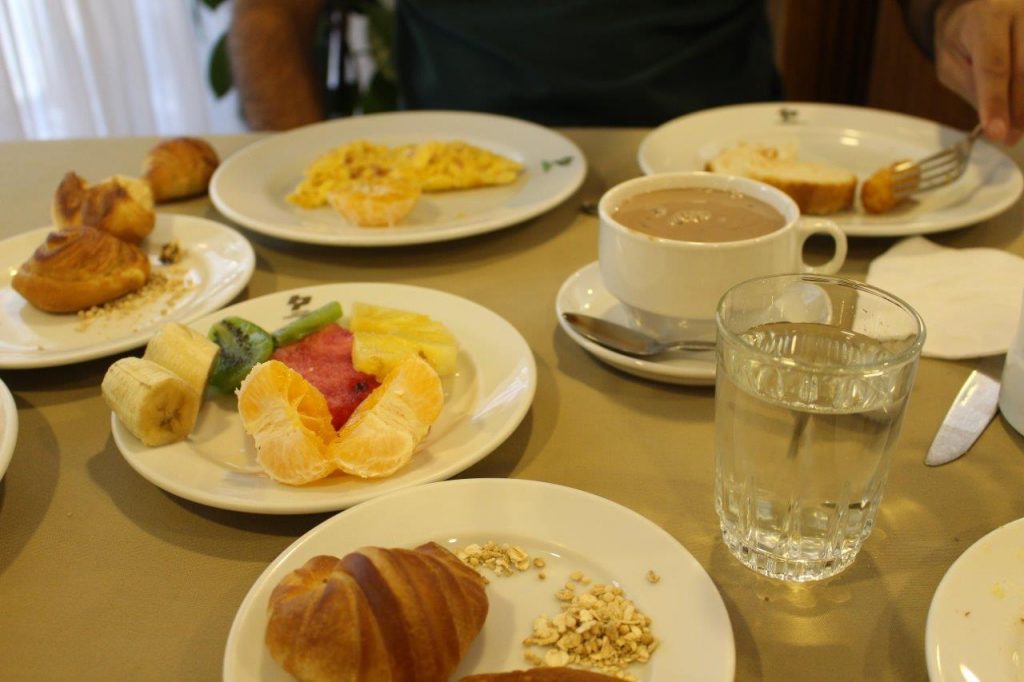 Our dinner at the Restaurante Bella Vista

After a long day at Tiwanacu we decided to go for dinner a bit earlier so we would enjoy the view and the food at the Restaurante Bella Vista more.

That was the right option. As we had booked the day before the waiter had kept the best table for us. It was in a corner by the window from where we could even spot the shining moon. Just beautiful! 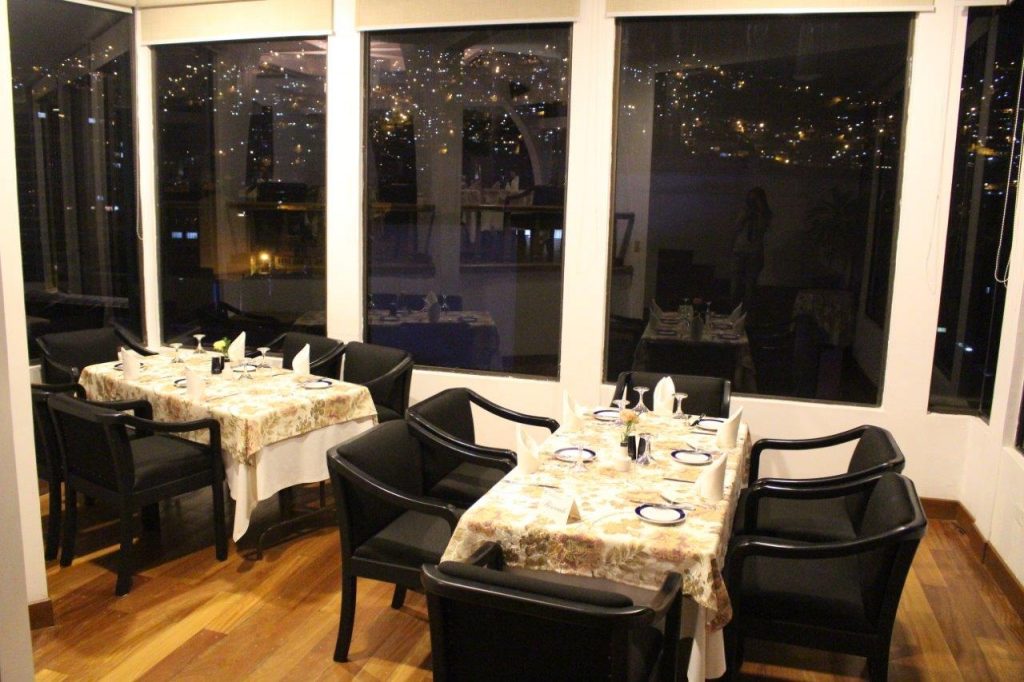 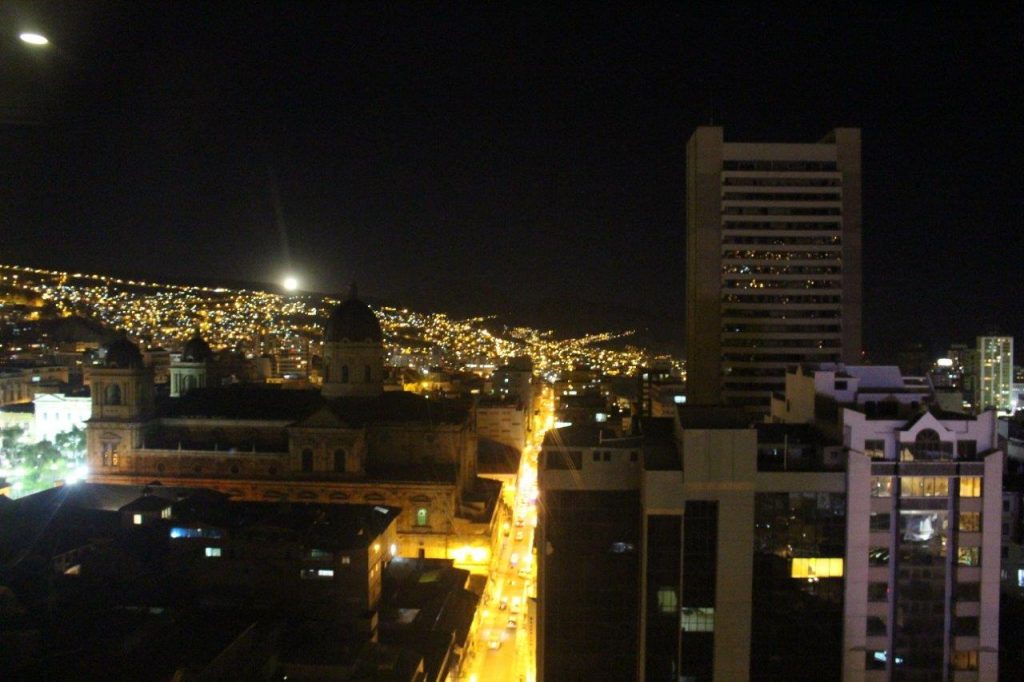 Ruth once again decided on a Bolivian dish, and once again it was a great option – Silpancho Cochabambino. I went for the Churrasco, as I had seen the grill the night before and wanted to taste their grilled meat. Another choice we don’t regret.

For Noah we chose the burger, and it was a large burger … It was delicious but he was not very hungry, so I had to take care of it 🙂 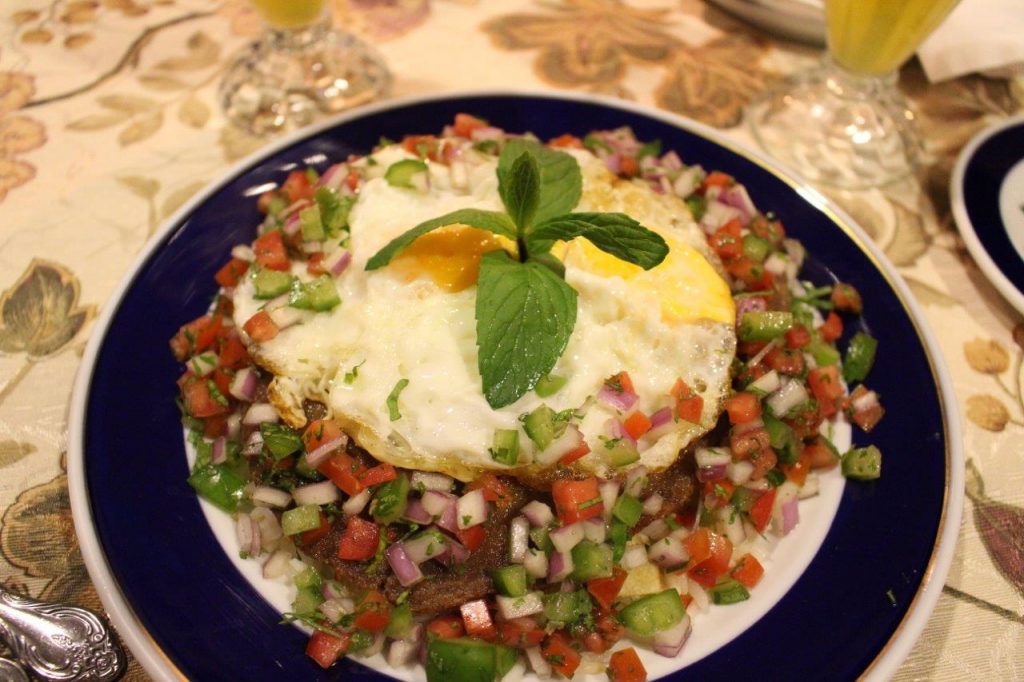 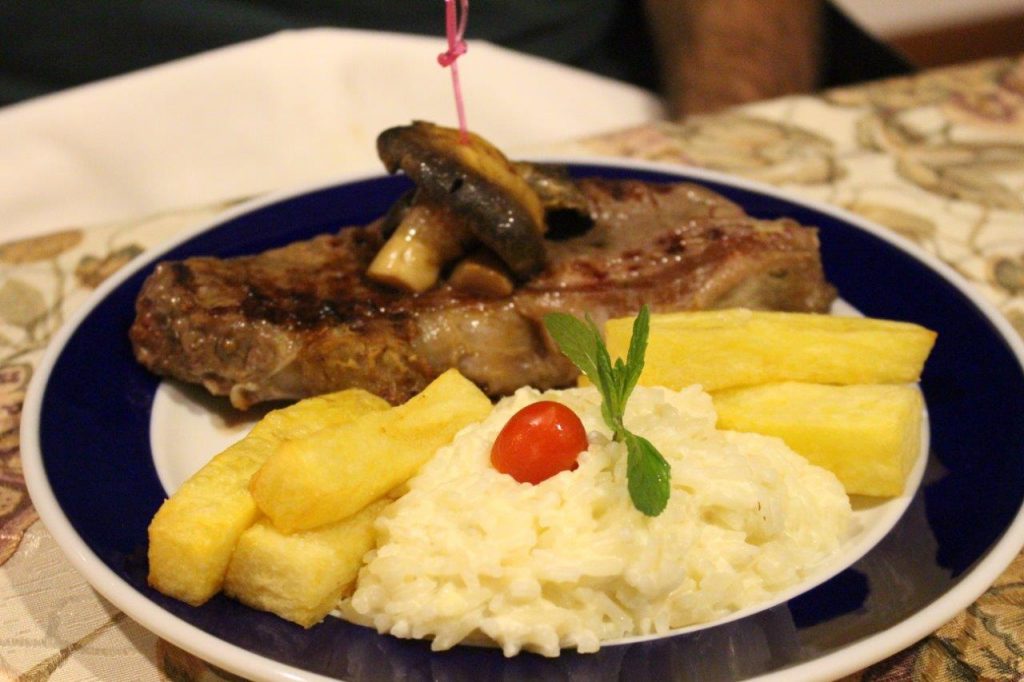 The location of the Hotel Presidente in La Paz

The Hotel Presidente is located just 1 block from the Iglesia de San Francisco and a few minutes away from the famous Mercado de Las Brujas (Witches’ market) and Plaza Murillo where you can find the presidential palace. Apart from that you can find supermarkets, shopping malls and many bus stops within walking distance. 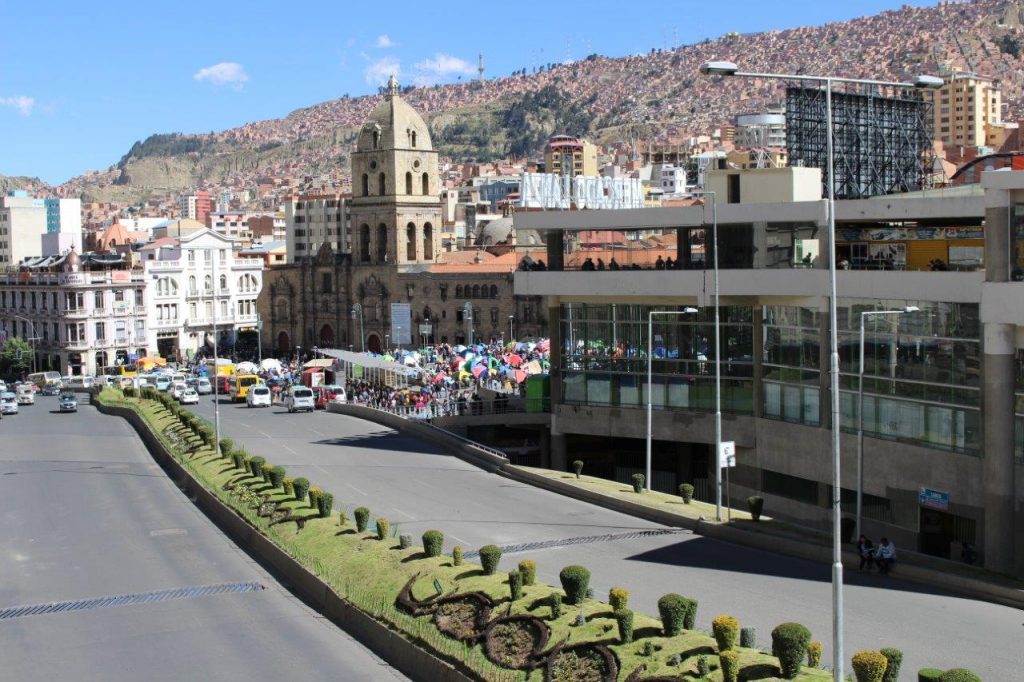 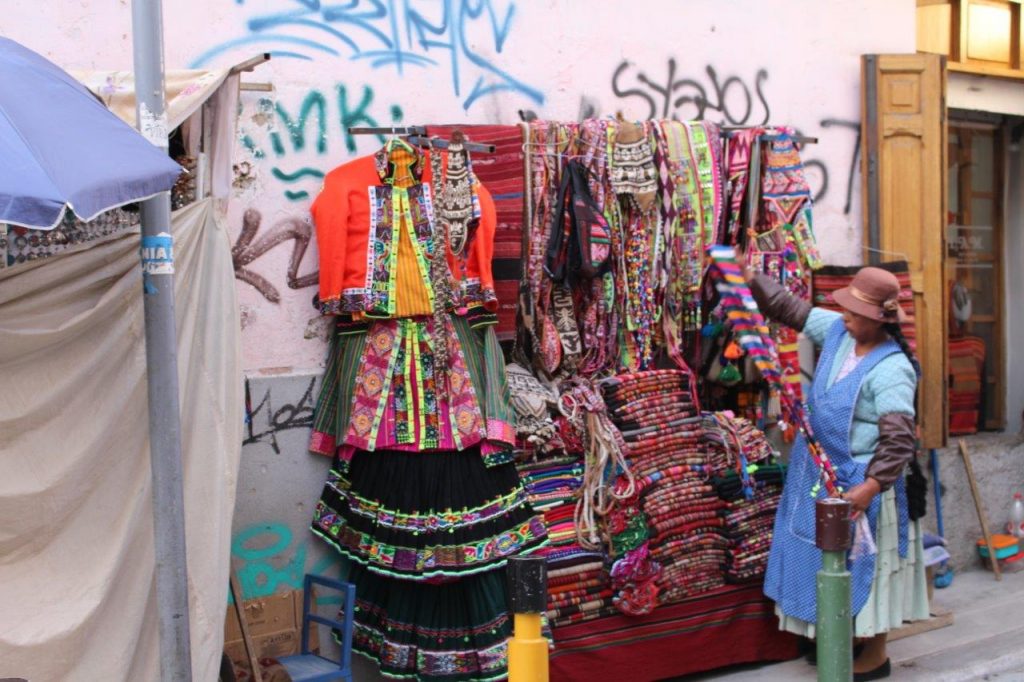 Executives, couples and families will all be extremely well located there.

If you are going further afield, the hotel staff can easily get a registered taxi to take you anywhere in the city. They helped us find a reliable taxi driver who took us to Tiwanacu on one day and to Valle de La Luna another, all for a very reasonable price.

Other facilities at the hotel

The Hotel Presidente is currently undergoing renovation that should be finished in around June this year. This renovation includes redecorating rooms and facilities and updating restaurant menus and services. The hotel is making a big effort to maintain the high level of service and the credibility that makes it a 5-star hotel while making necessary improvements to the facilities. One of the important points to be mentioned is that the hotel is creating a focus on families, with the inclusion of a children’s menu, a babysitter, a special playroom for children, etc. in a few weeks. This is in parallel with the recent efforts of the government to bring more tourists to the real La Paz to visit the historical center, the Witches’ Market, etc.

One of best parts of the hotel is the swimming pool, but unfortunately it was closed for renovation (reopening expected in May/2016), as well as the Club Oasis. 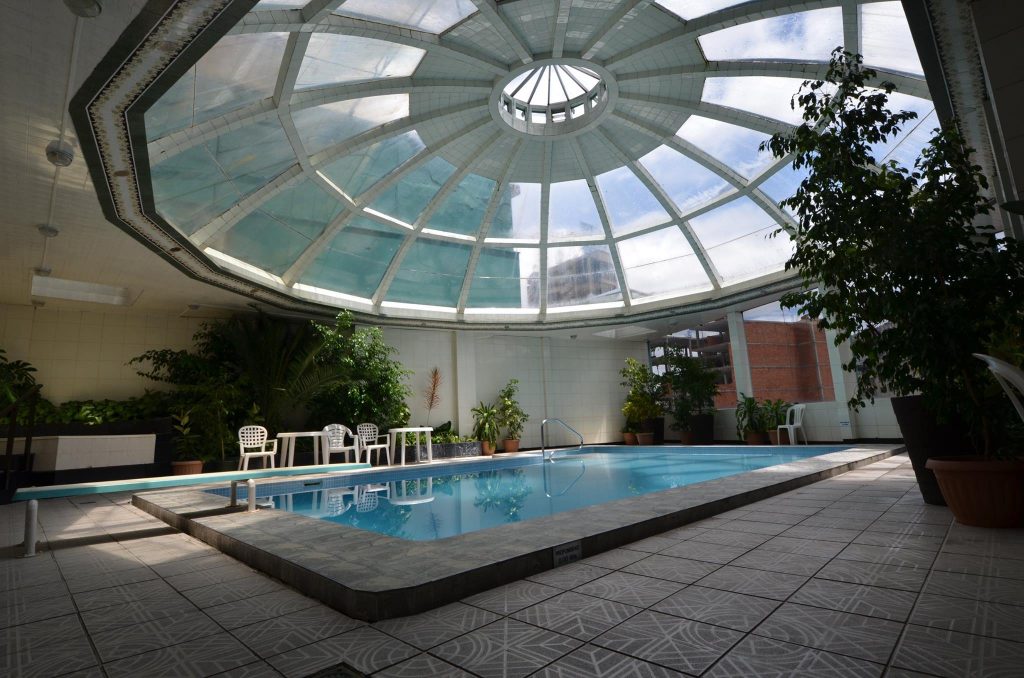 We thank our captivating host, Mr. Tony Rivero, who spared some time to meet and talk to us about the hotel and its history.

Family Travel Secrets stayed at Hotel Presidente as guests. All opinions and the oodles of pictures remain our own. 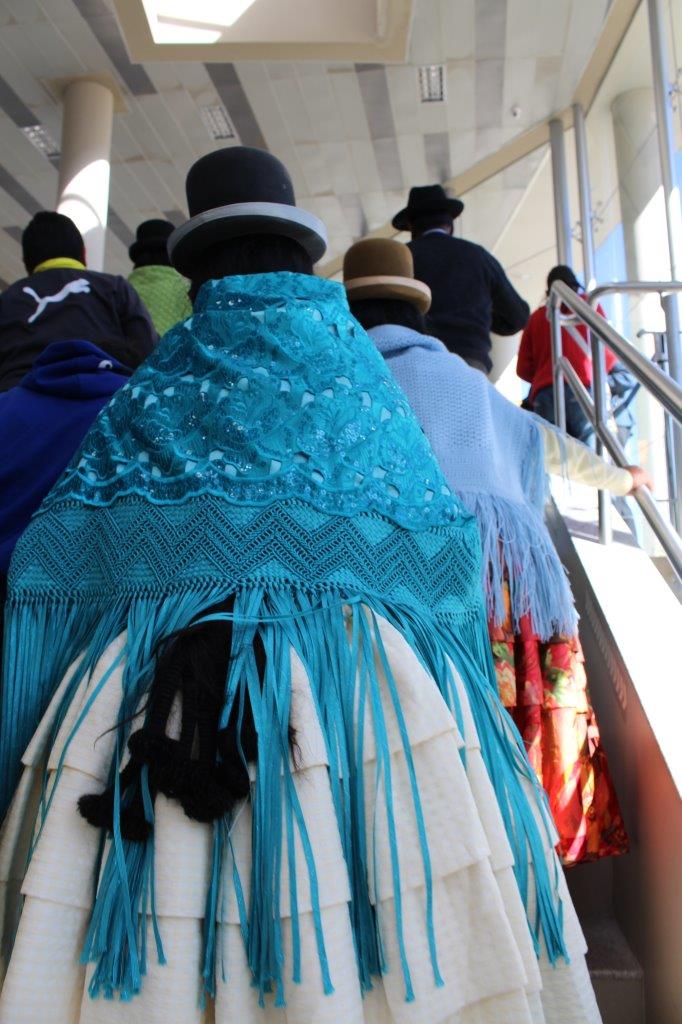 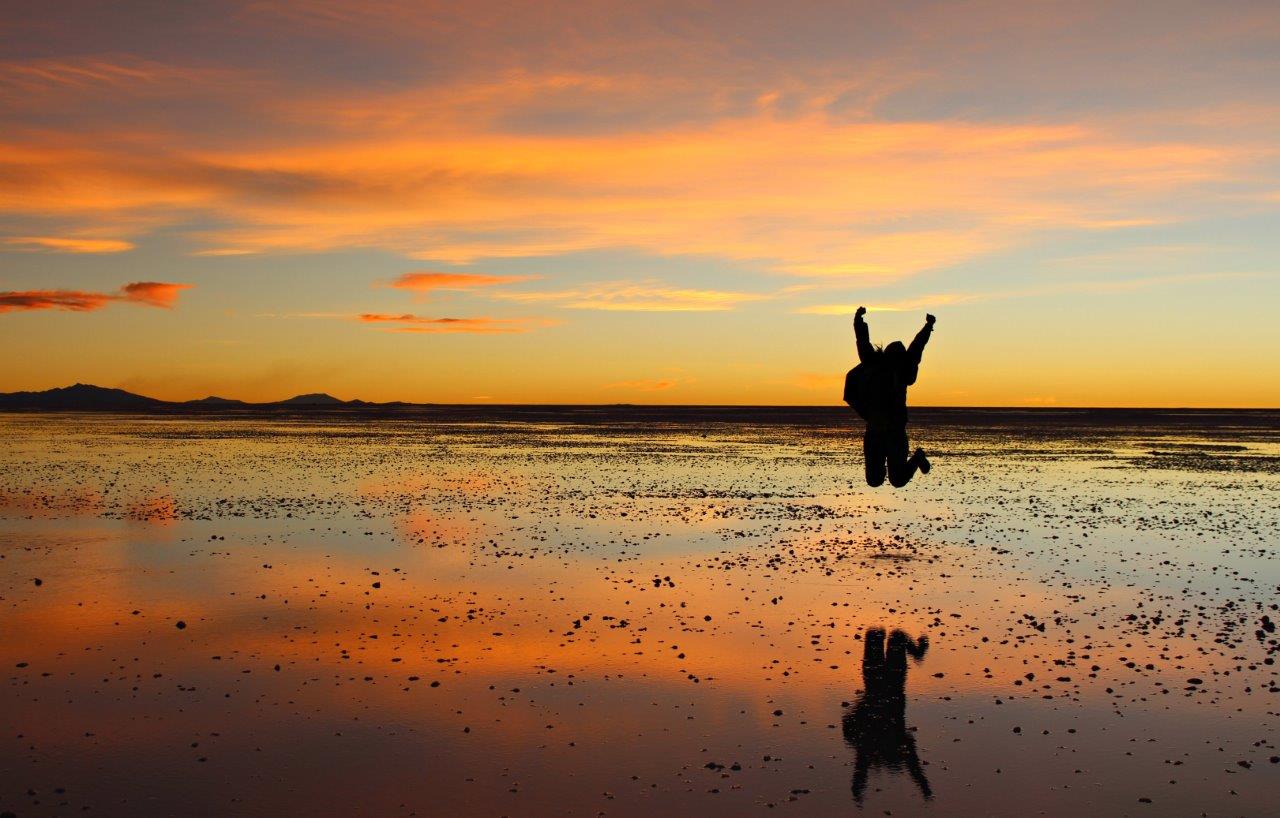