Xitang, exploring the watertowns near Shanghai

Xitang, exploring the watertowns near Shanghai

Xitang, one of China’s water towns, was our last planned trip for our stay in the country. We wanted to see something different from everything we’d already seen on our travels across this huge country, so we decided that we wouldn’t miss the chance to see one of the many water towns around the cosmopolitan Shanghai. 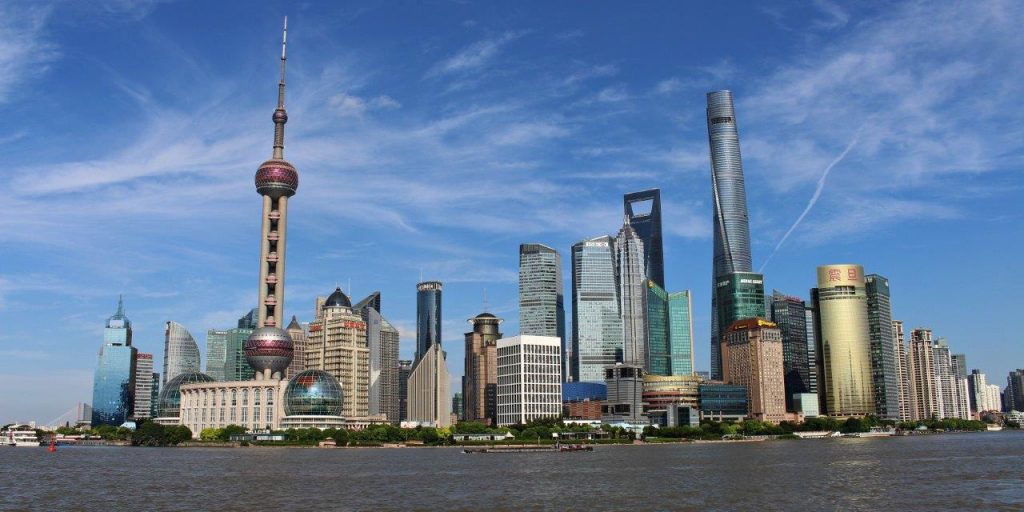 And so, at around 10am, Noah and I left our hotel with our dear friend Anna 🙂  We’d looked with her a few days earlier at which water town would be the most interesting to see, and so we went to Xitang! 🙂 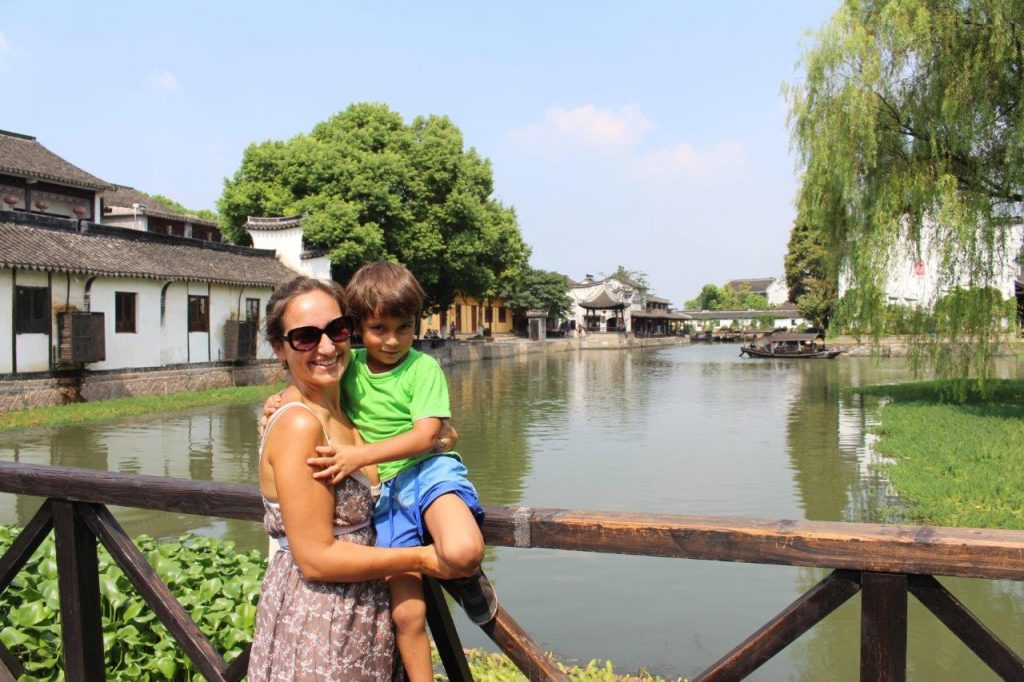 Family Travel Secret
There are 8 main water towns, the largest and most famous of which is the town of Zhouzhang, but this town is the most popular with tourists – even during the week. The second best is Xitang which also tends to be quite busy. Other towns that are smaller, but equally as lovely, are Luzhi, Tongli and Nanxun.

We caught the bus from the terminal at Shanghai Long-Distance Passenger Transport South Station, and in just over an hour we arrived in Xitang, ready to look around the beautiful and popular water town. 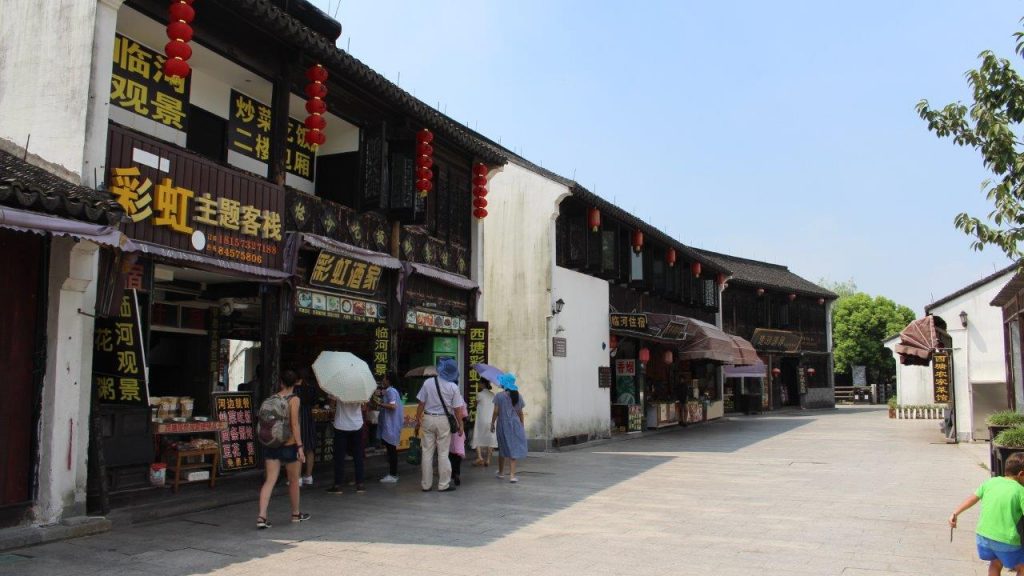 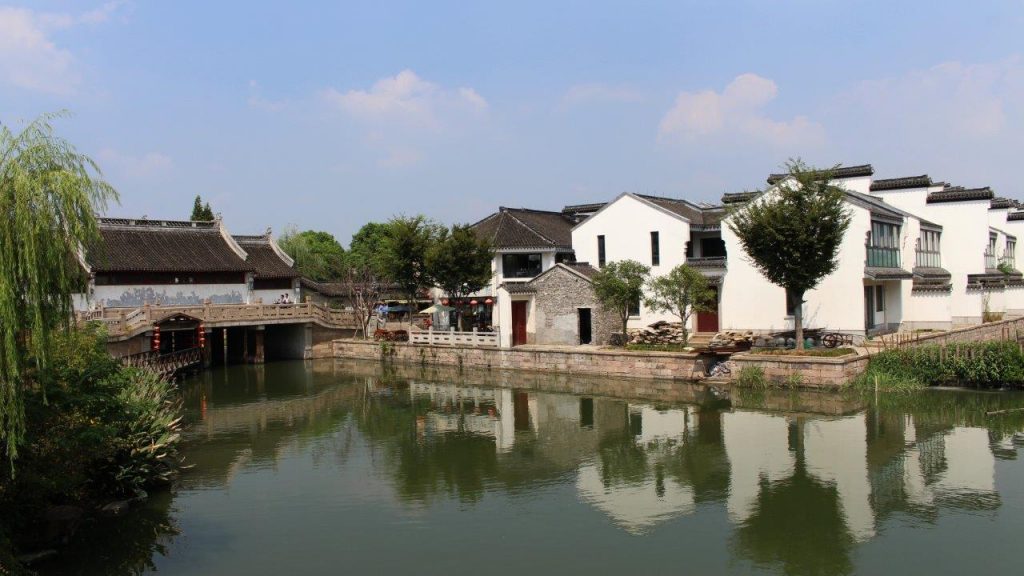 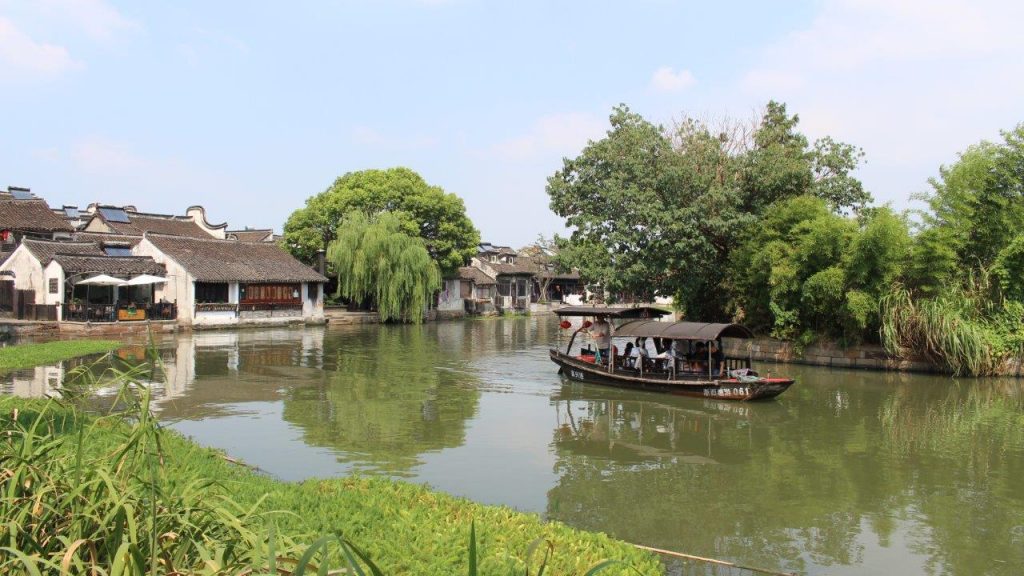 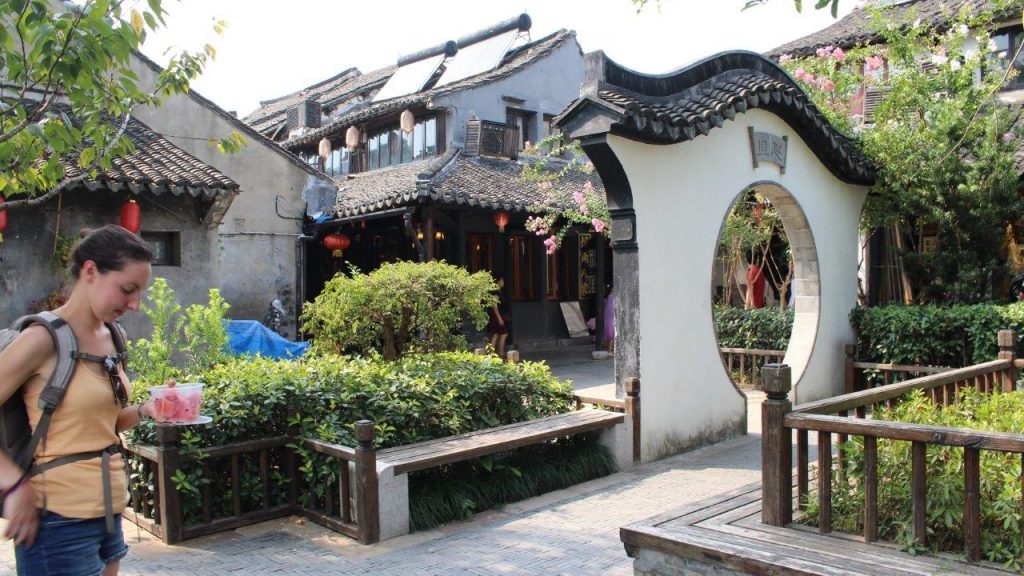 We’d read that Xitang might be full of people, so we prepared ourselves mentally for what was likely to come. Imagine our surprise (in the best way possible) when we barely saw anyone! 🙂 🙂 🙂

Xitang has many canals and small lakes that are interspersed with its streets and bridges. You can often see rainbows rising up from them. 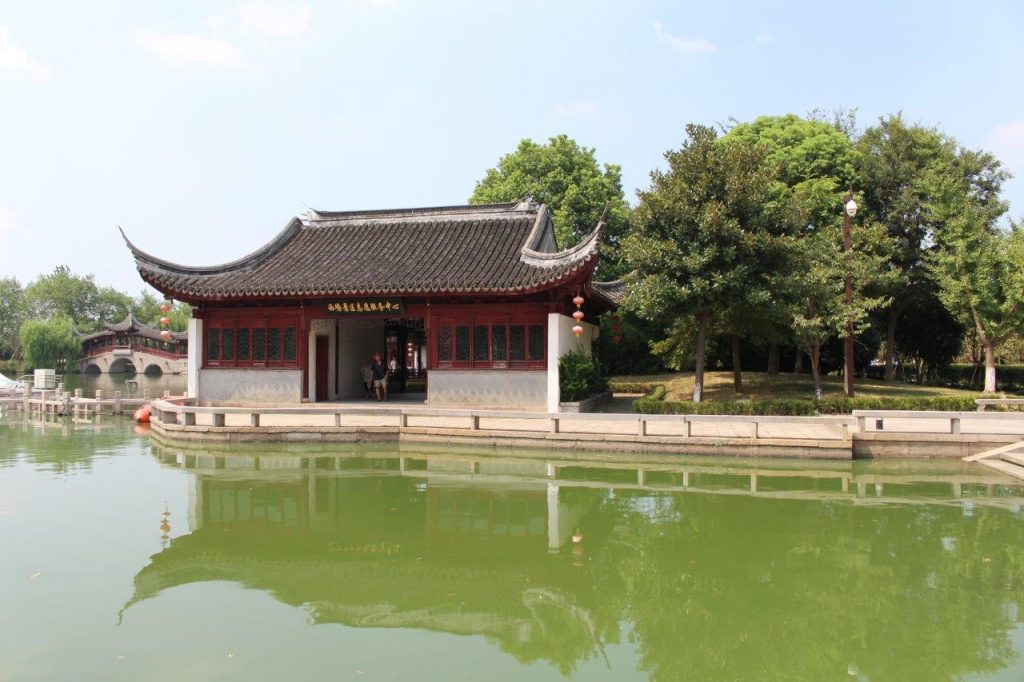 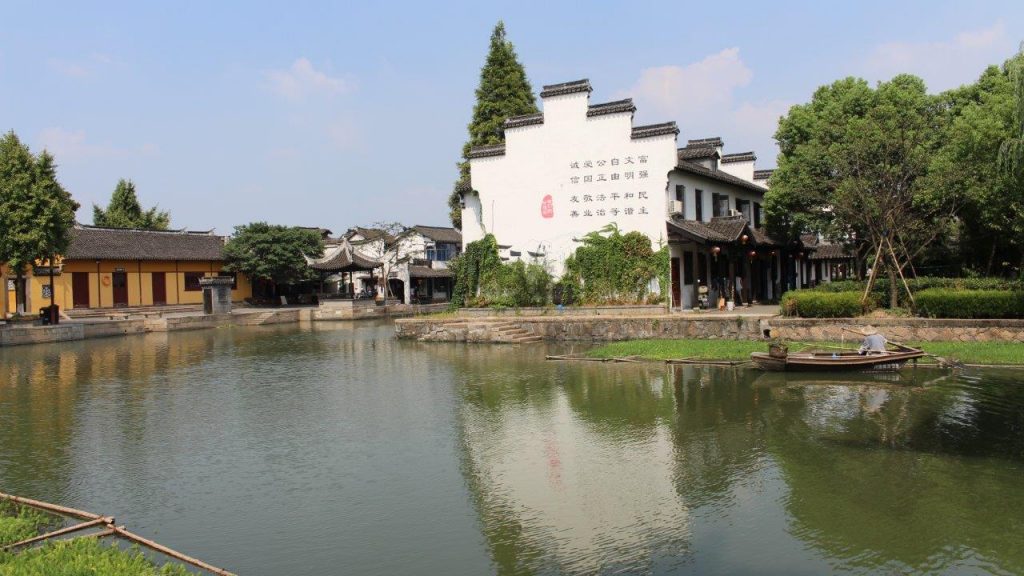 Family Travel Secret
Xitang spans over a flat area where 9 canals connect harmoniously, so it shouldn’t come as a surprise that 104 bridges connect its 8 districts. The bridges were mainly built during the Ming and Qing dynasties. 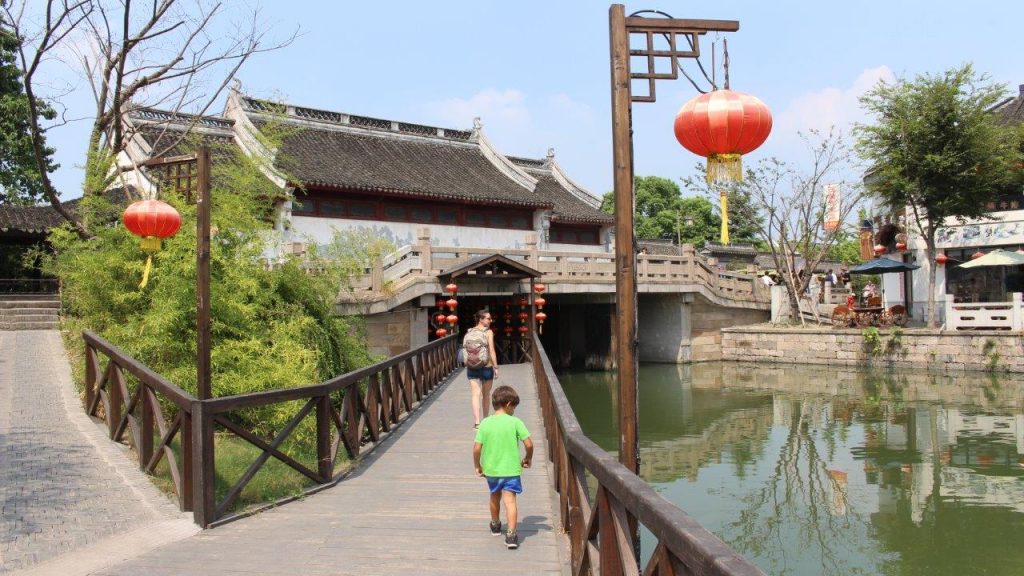 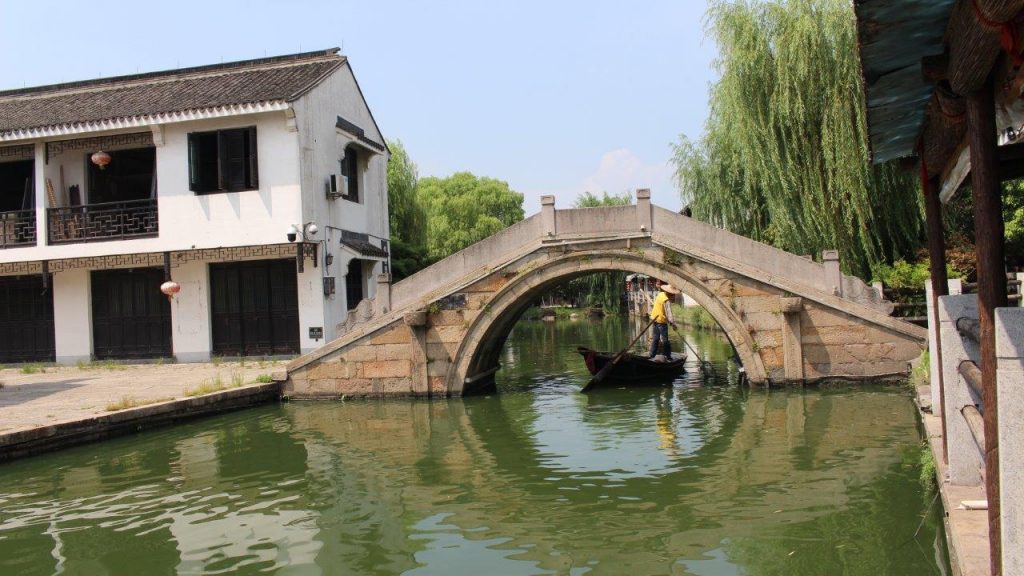 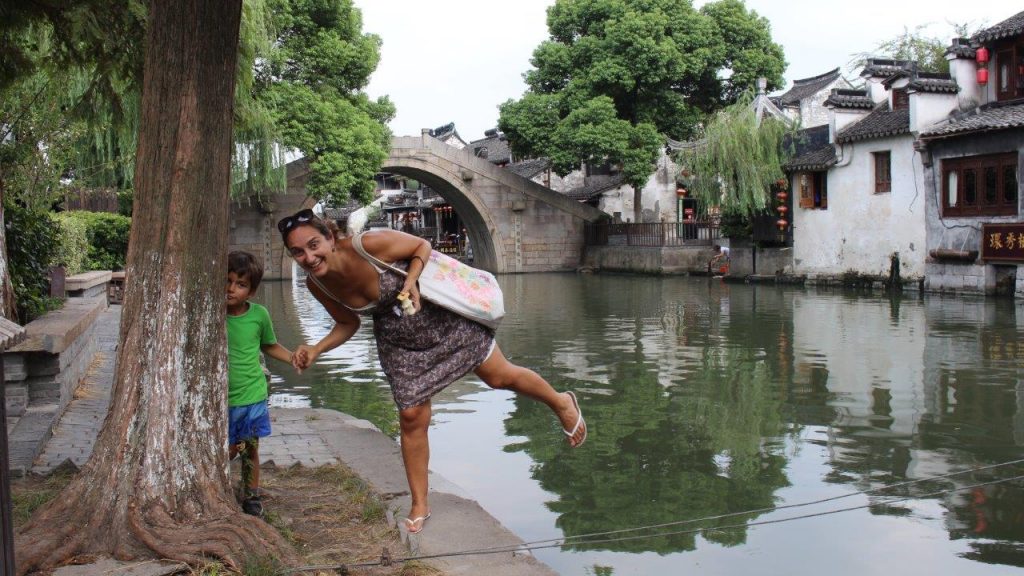 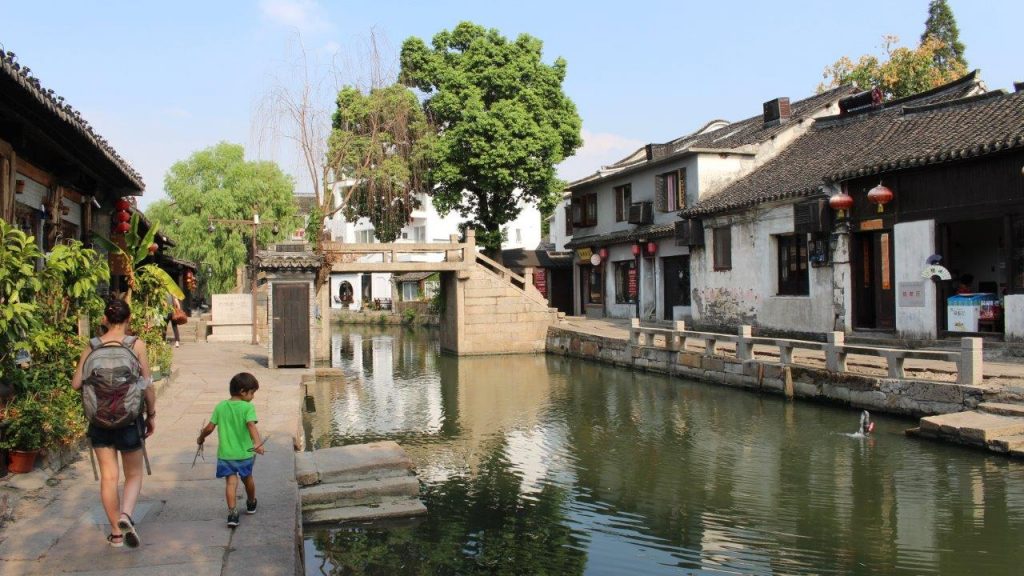 There are many different houses and temples that are worth seeing. 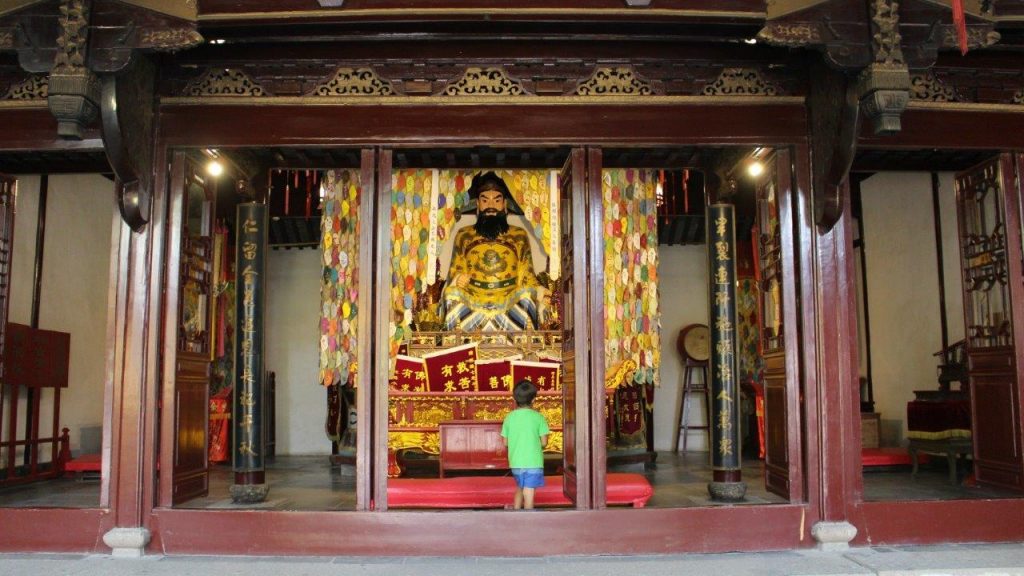 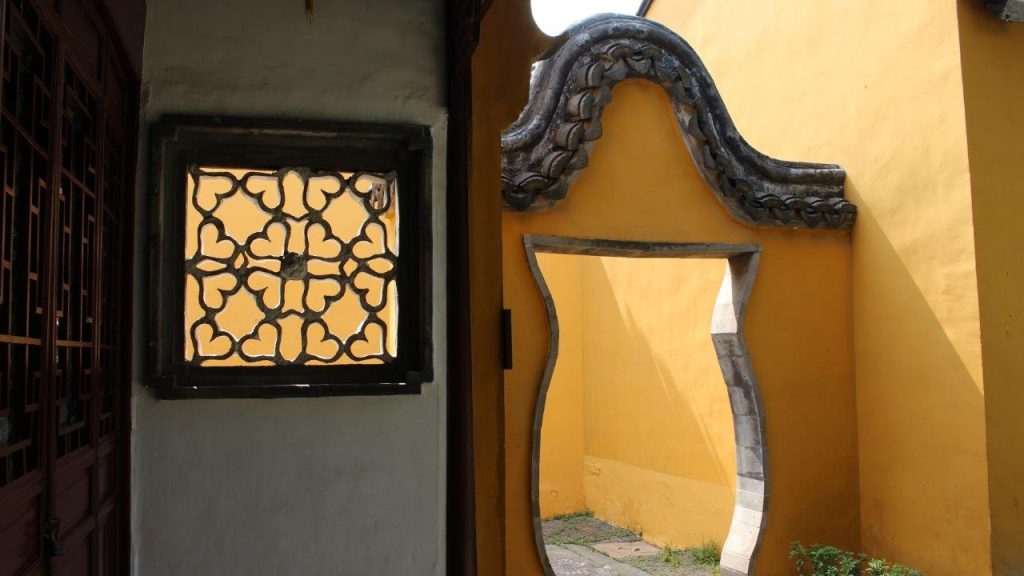 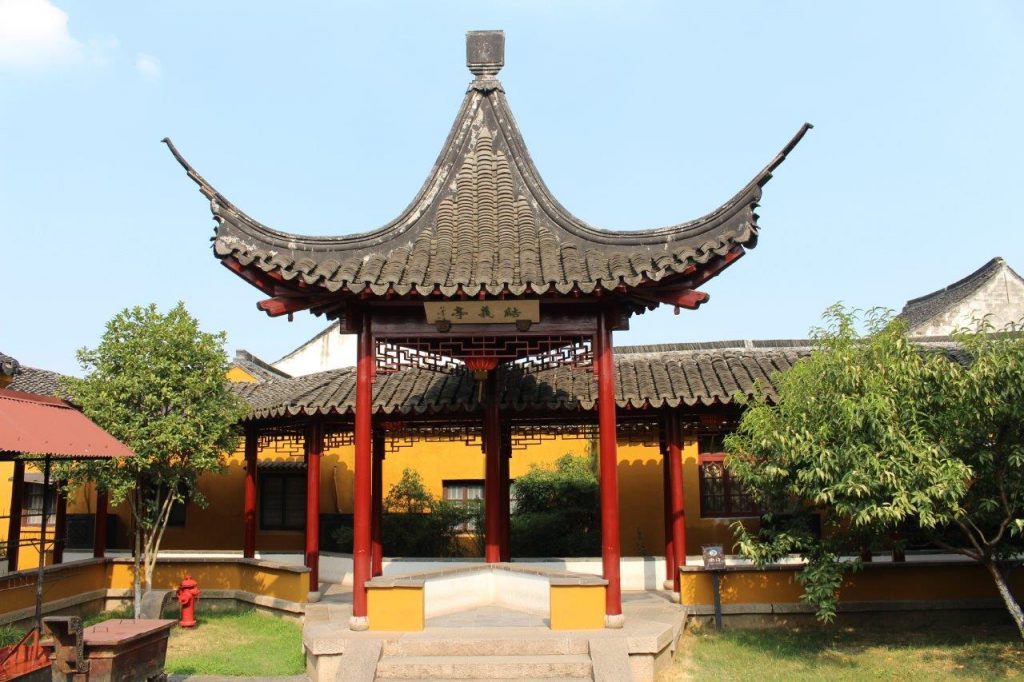 Family Travel Secret
One interesting thing about Xitang is the covered walkway that runs alongside the canals. These walkways are really useful for pedestrians during intense heat (and supposedly when it rains). 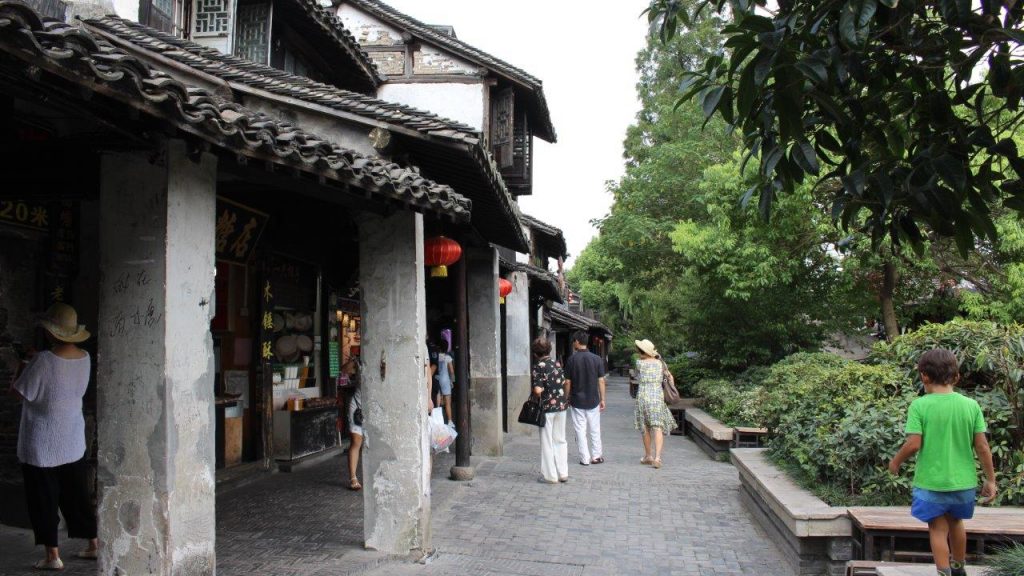 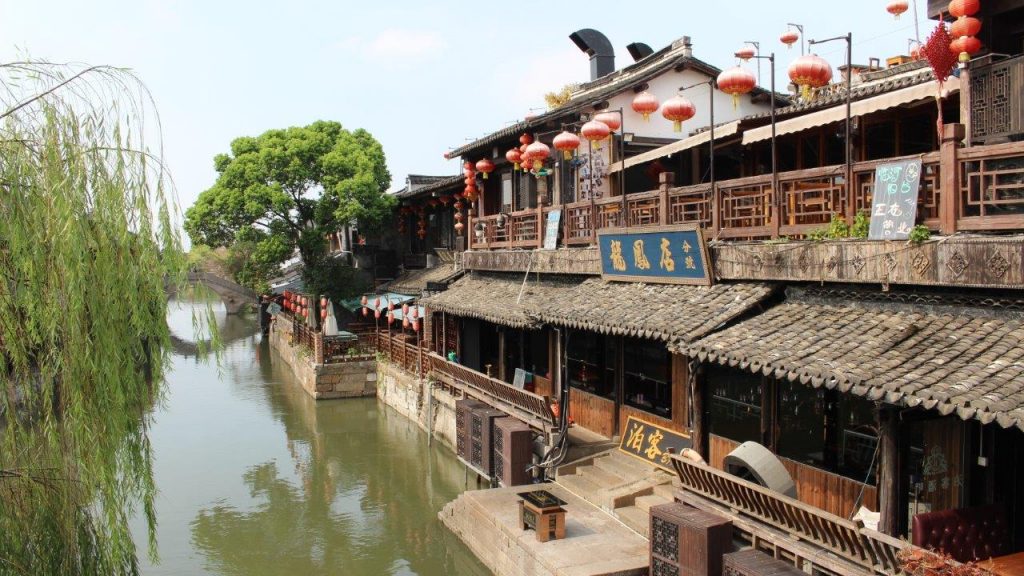 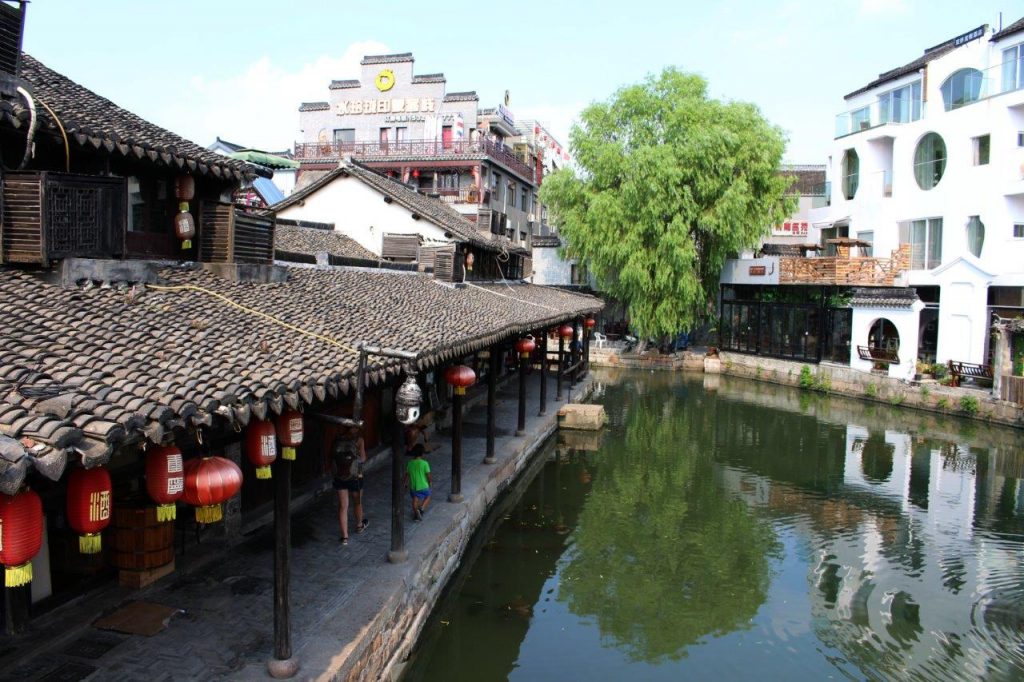 Whilst we were walking around, we came across a number of food stalls which served, among other things, “delicatessen” in the form of cockroaches, scorpions of all sizes, spiders, etc. Even though I was the one whose job it was to try new food, I didn’t feel like I was able to try any of what was on offer there. Maybe in another life with a different attitude to gourmet food! 🙂

We had an incredible afternoon with Anna. The most surprising thing was that we were able to walk along the walkways and canals without any crowds. This truly was what made our experience really authentic. 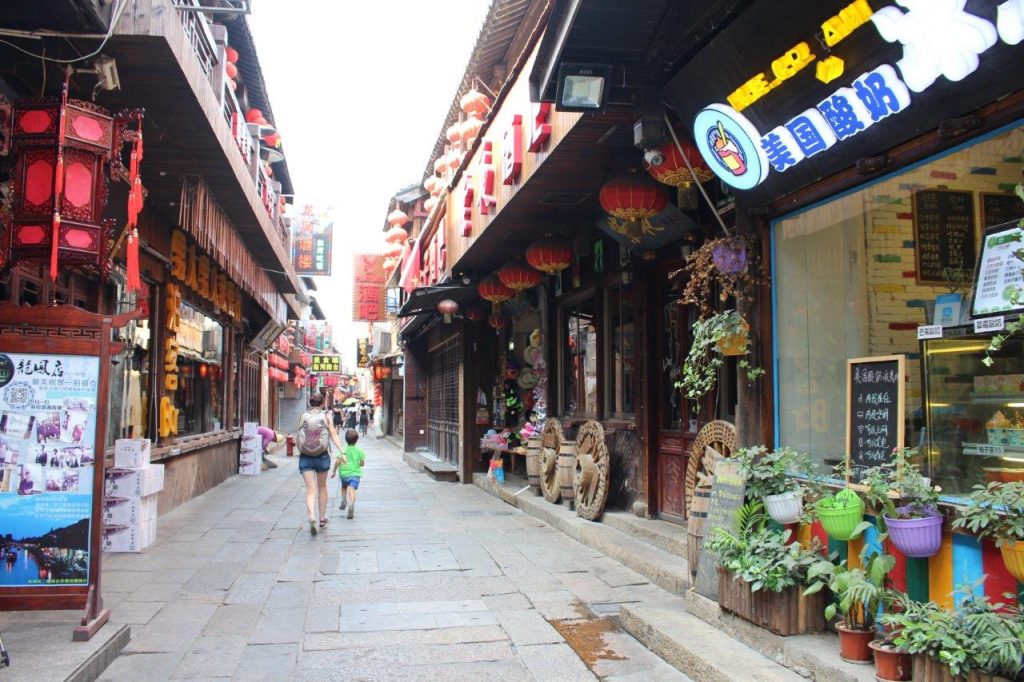 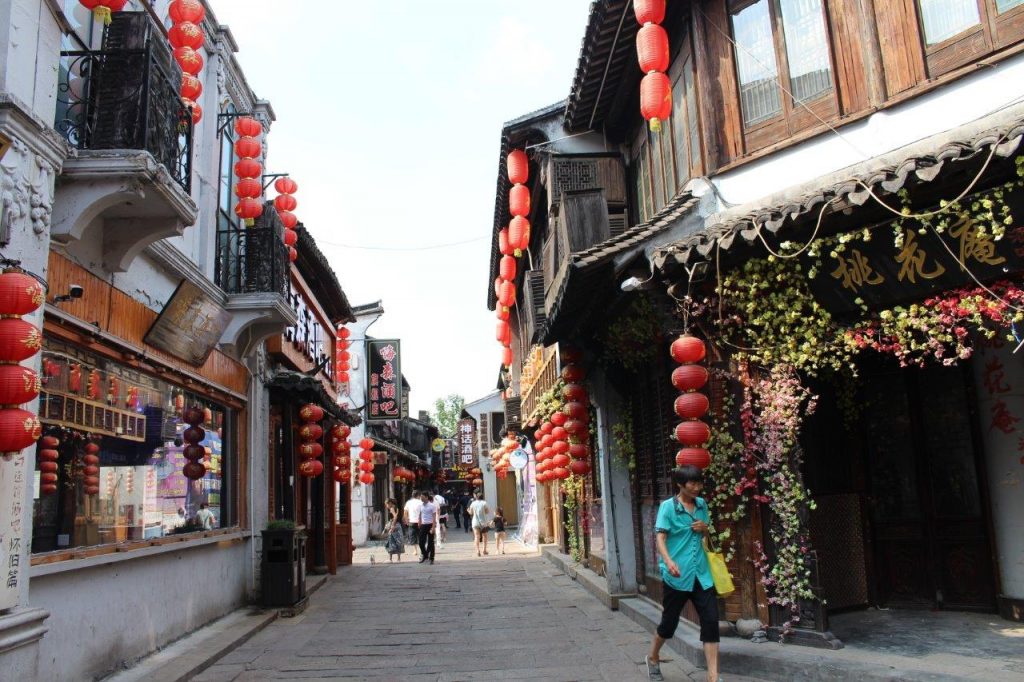 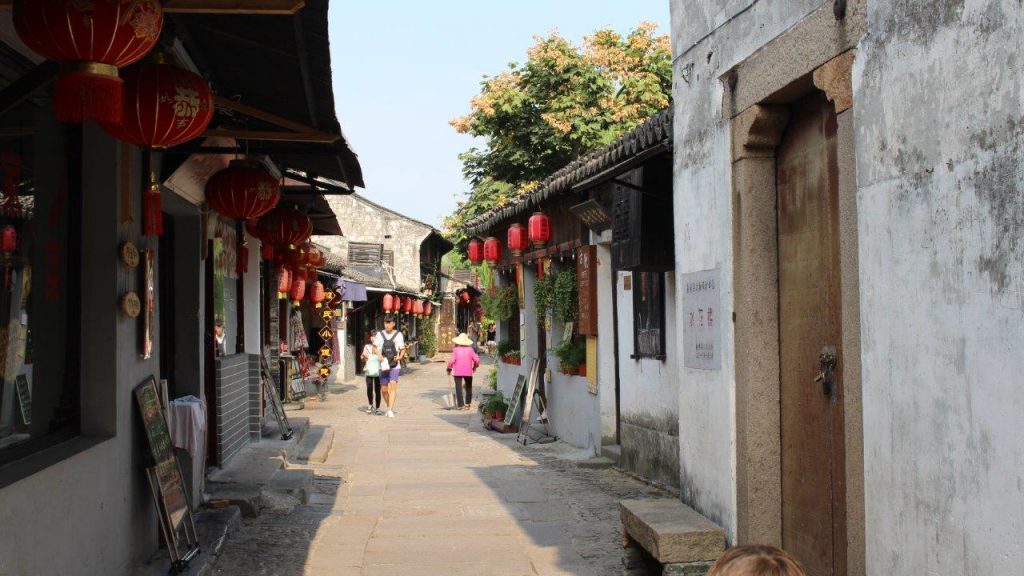 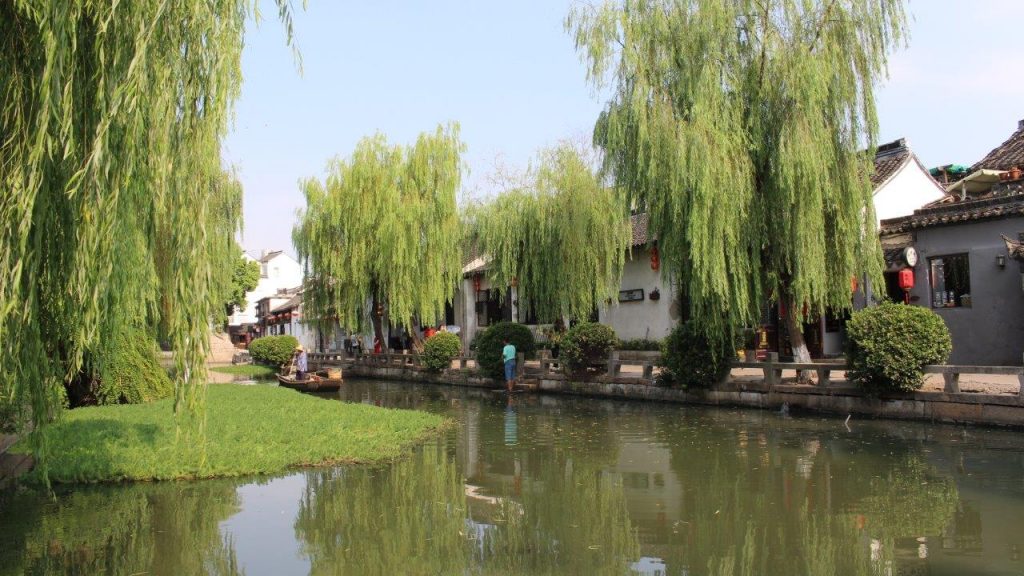 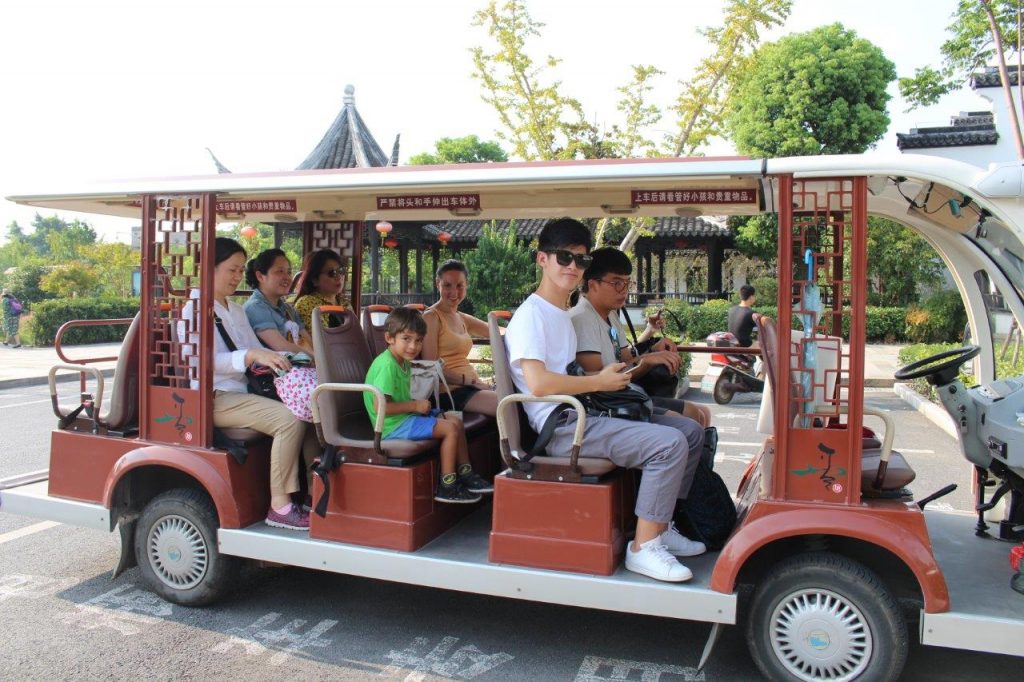 Important facts:
The entry fee is 100 yuan per person. This includes access to the city and to various houses and temples. You can also use the mini trolley (for no extra charge), which can take you to the main entrance. You can get to Xitang from Shanghai via bus which departs from the Shanghai Long-Distance Passenger Transport Station (close to the Shanghai South Railway Metro Station). Each journey costs 36 yuan and takes about an hour. The buses leave every hour or so each way. We took the 11:57am bus to Xitang, and caught the 4:20pm bus back to Shanghai. 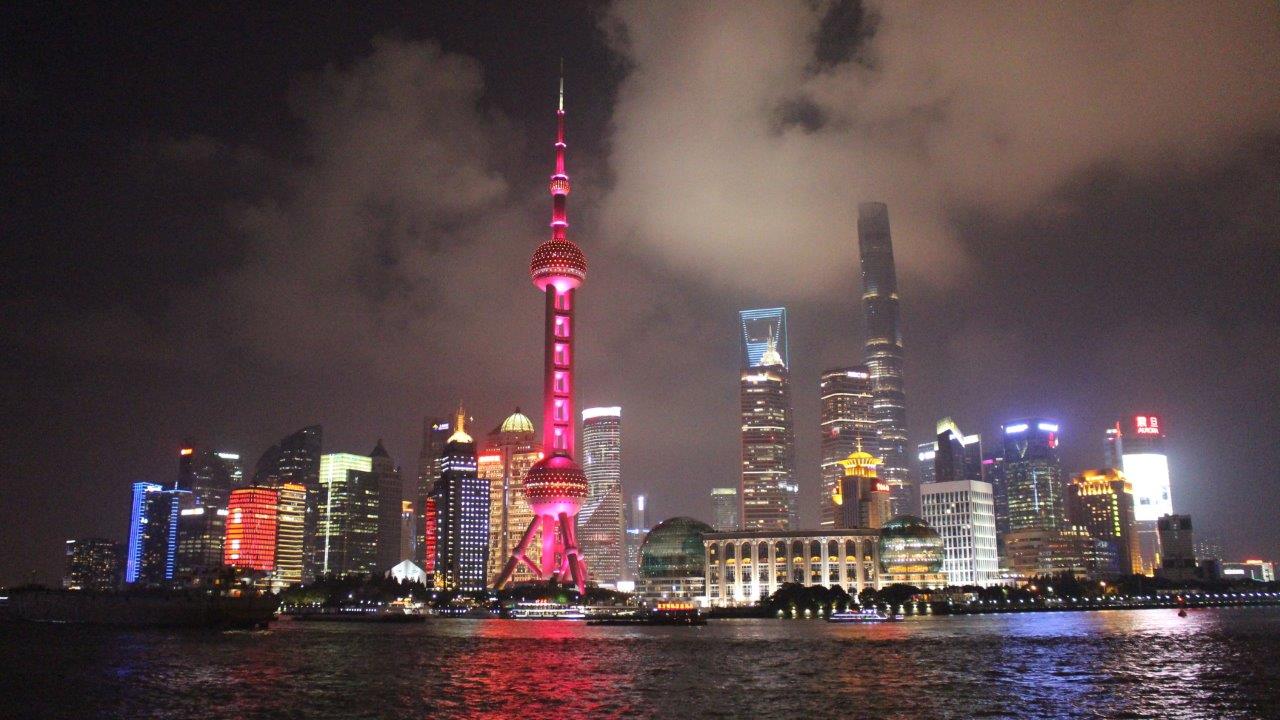 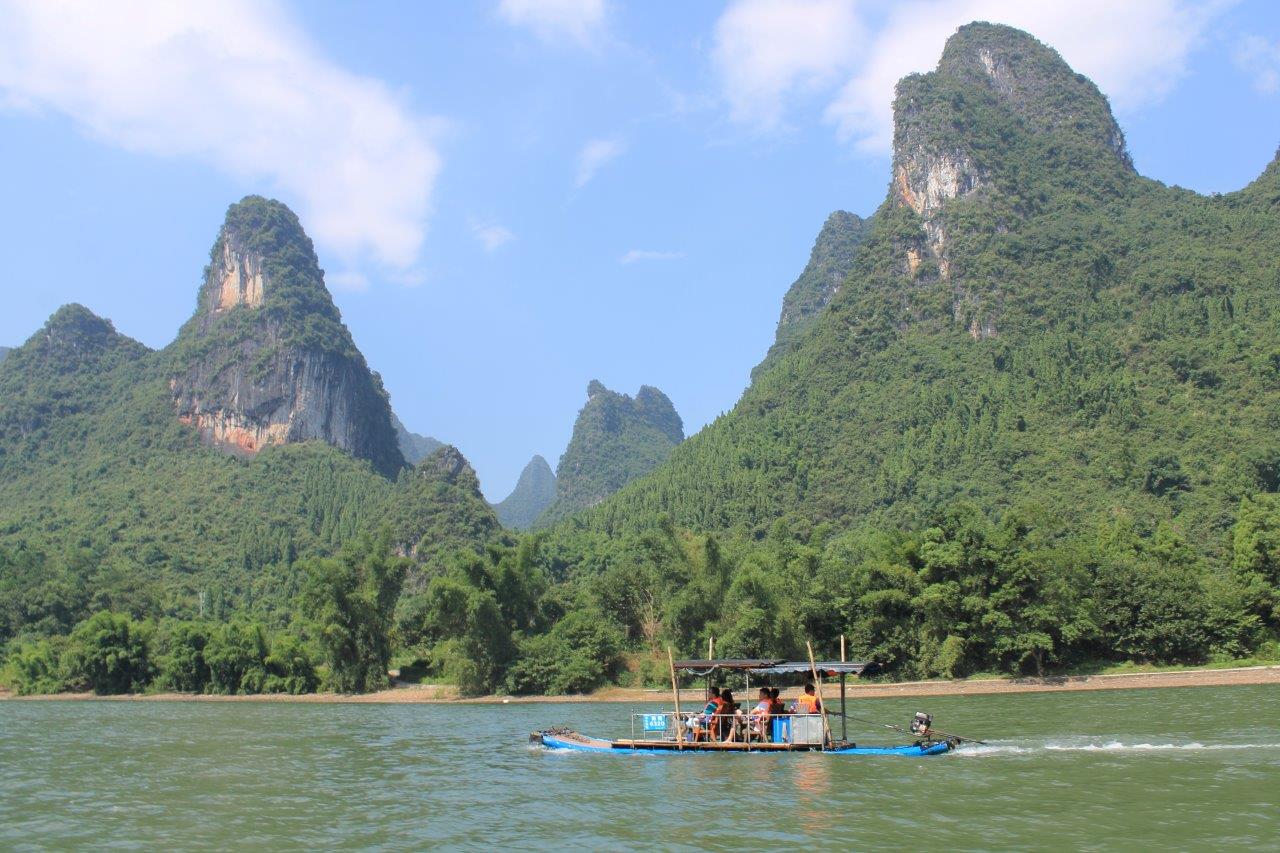