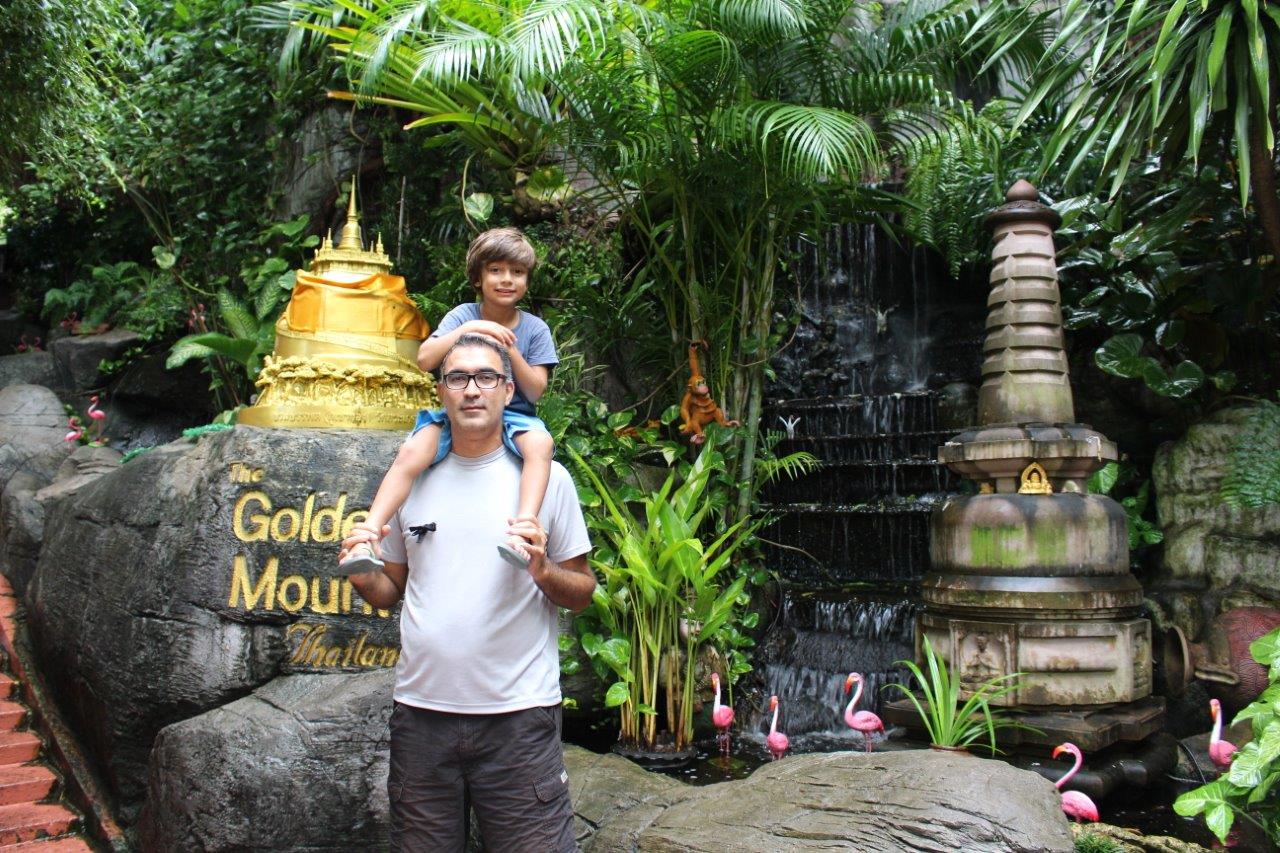 After 2 unforgettable weeks in Japan it was time to return to Thailand, this time in Bangkok. We were spending the next 3 weeks between there and Cambodia, but with a very flexible plan. We’ve been travelling for 8 months, and although we’ve had some breaks to rest, like in Bali, we have to admit that we are starting to get a bit tired of being on the road. 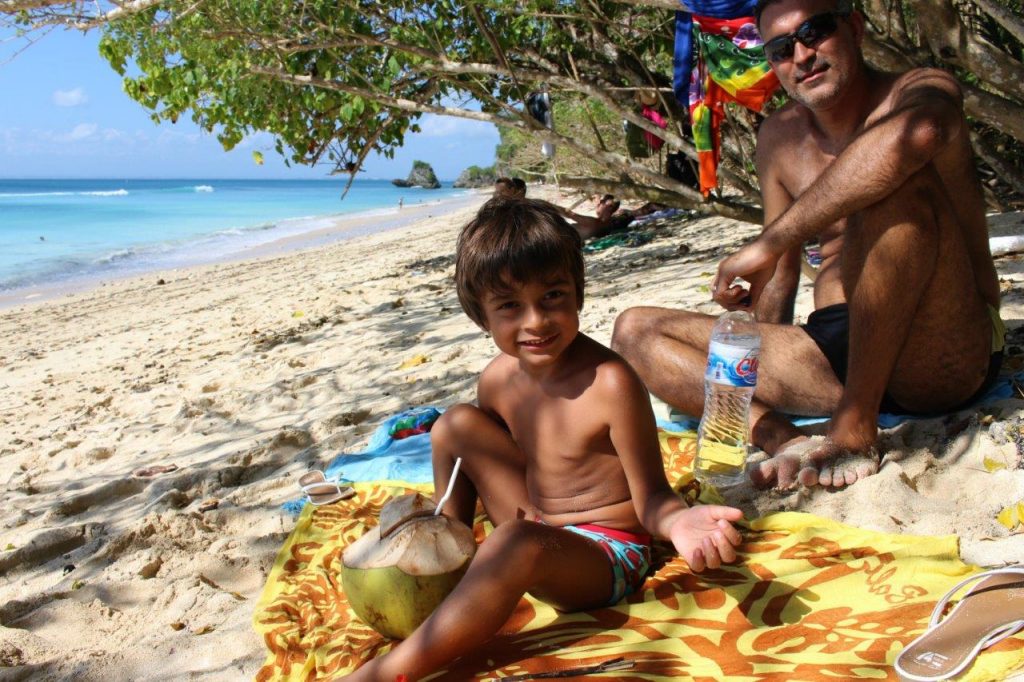 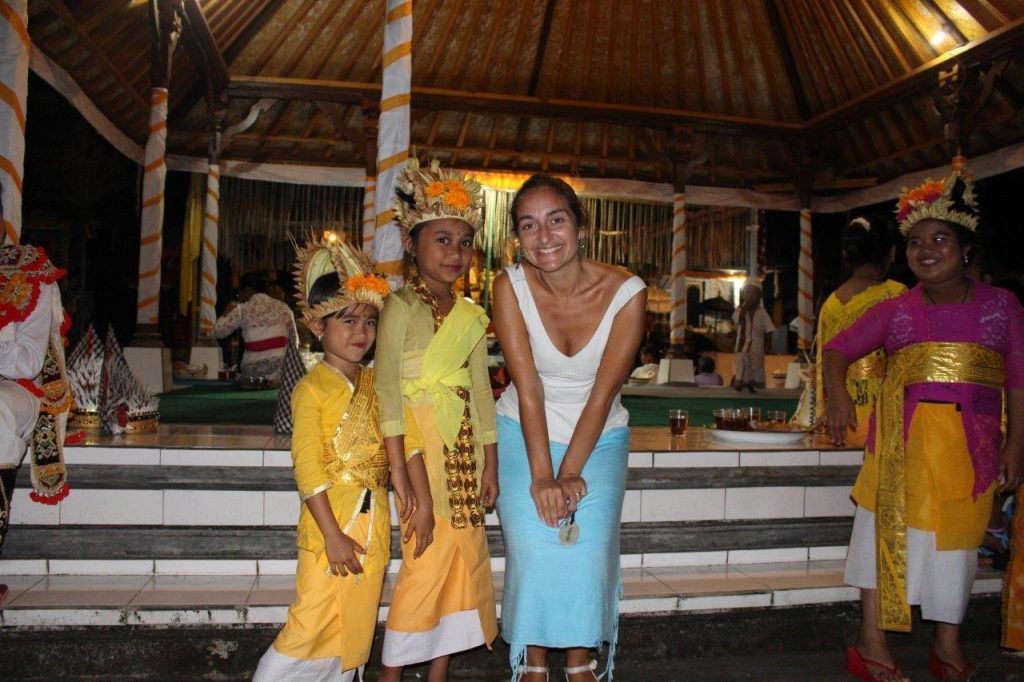 We are now changing places much more frequently than at the beginning of the trip, and with packing, unpacking, going from station to station and always ensuring that Noah is comfortable, we are starting to feel a bit homesick.

Don’t get me wrong, we could easily go on and on with our world trip, but perhaps a few weeks’ break at home wouldn’t be such a bad idea. Besides, we already have tickets back to Tenerife booked for the end of November. Our minds are probably, subconsciously, looking forward to that date and our bodies might be feeling that. It sounds philosophical, but that’s one theory.

Since this dream has an expiration date we have nothing else to do but enjoy every bit of the rest of the journey and keep collecting material for our next world tour (yep, we are already planning that for when Noah is a bit older 🙂 ).

Something tells me that the next few weeks will be very hectic, so we are getting ready for that.

But as we arrived in Thailand we had to face a unique situation. Their people – who are known for their happiness and for always being so welcoming – are mourning their beloved King Bhumibol Adulyadej.

Family Travel Secret
His Majesty King Bhumibol Adulyadej of Thailand, was not only a charismatic person. He was also the world’s longest serving monarch and for that played a unique role at the centre of national life.

We weren’t disappointed by not being able to visit some of the places we had planned (since they were closed because of the loss of their King), and we tried to adapt and explore as much of Thailand as we could during those next weeks.

To start with we stayed in an apartment complex in an area full of upscale hotels: Sukhumvit. The name was Shama Sukhumvit Bangkok, and it was perfect for us. We finally got to stay in an apartment, where we could cook and spend the nights with plenty of space. But we go into more detail in a separate post. 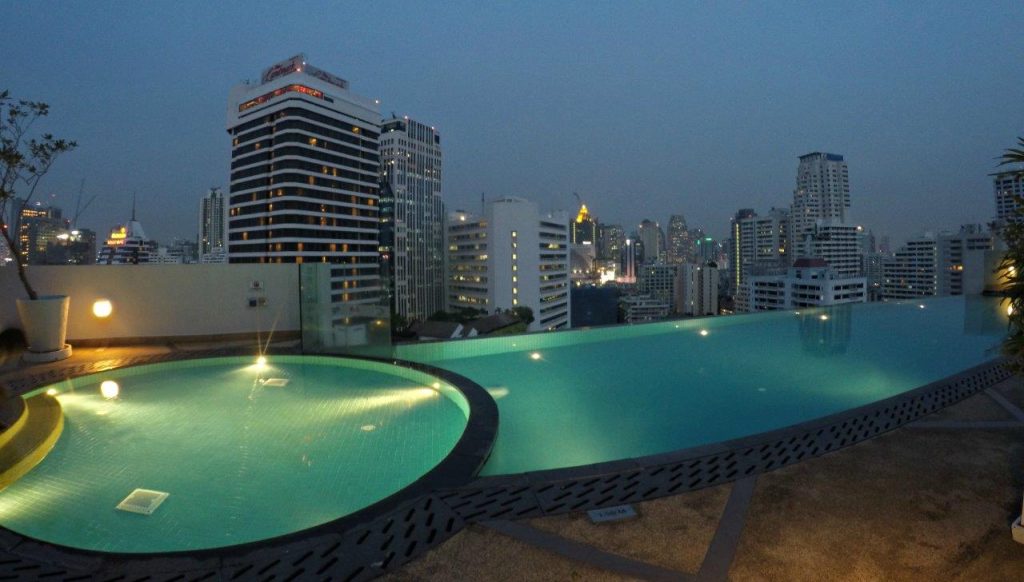 In our short time in Bangkok – we would be coming back to the city a few days later – we took the time to visit some temples and walk around the city a bit.

The places that we spent the most time visiting were:

On the way back from lunch we stopped at a temple, where some Thai dancers were performing a traditional dance. 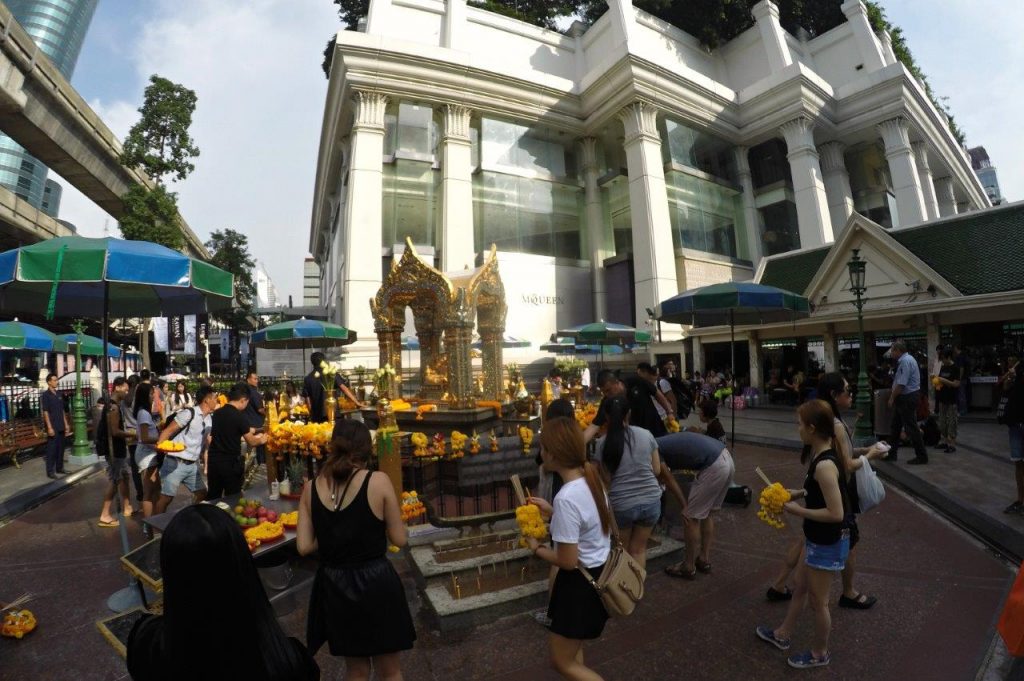 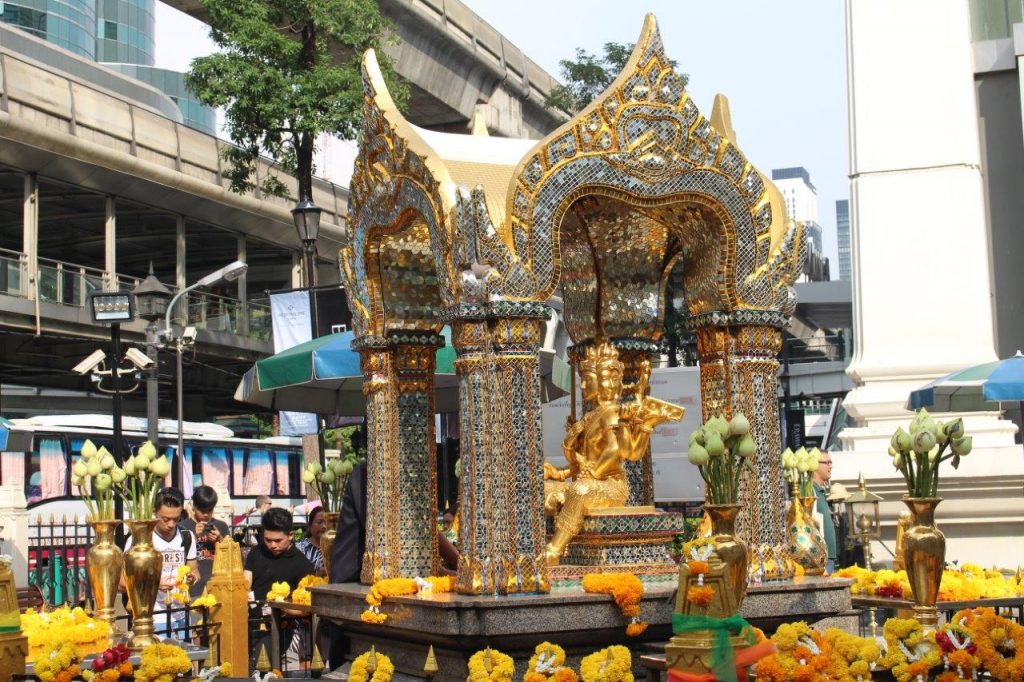 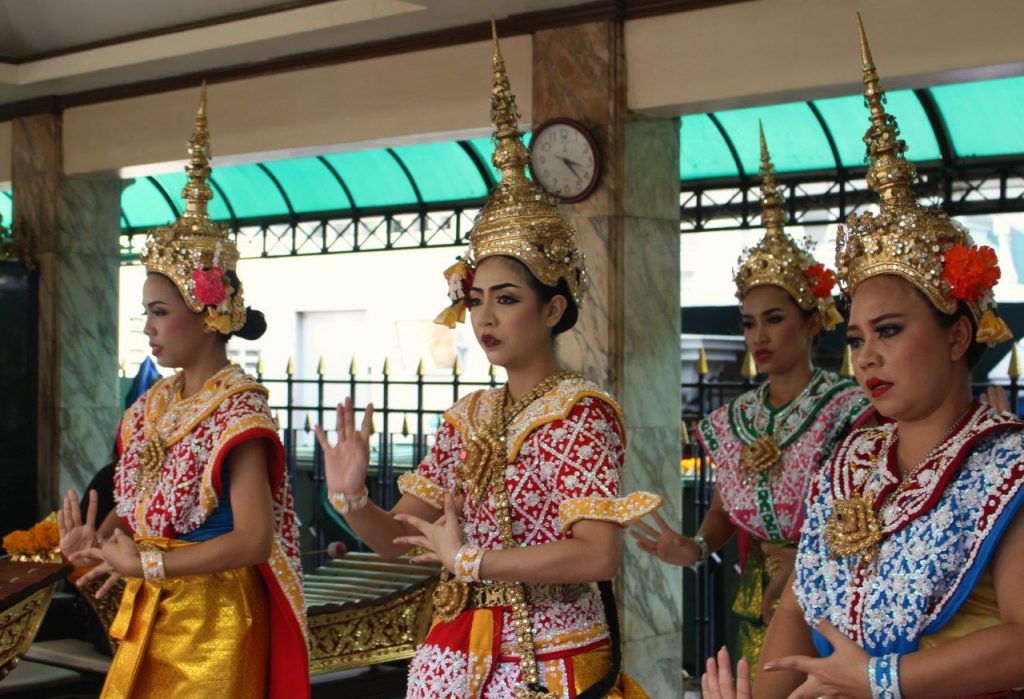 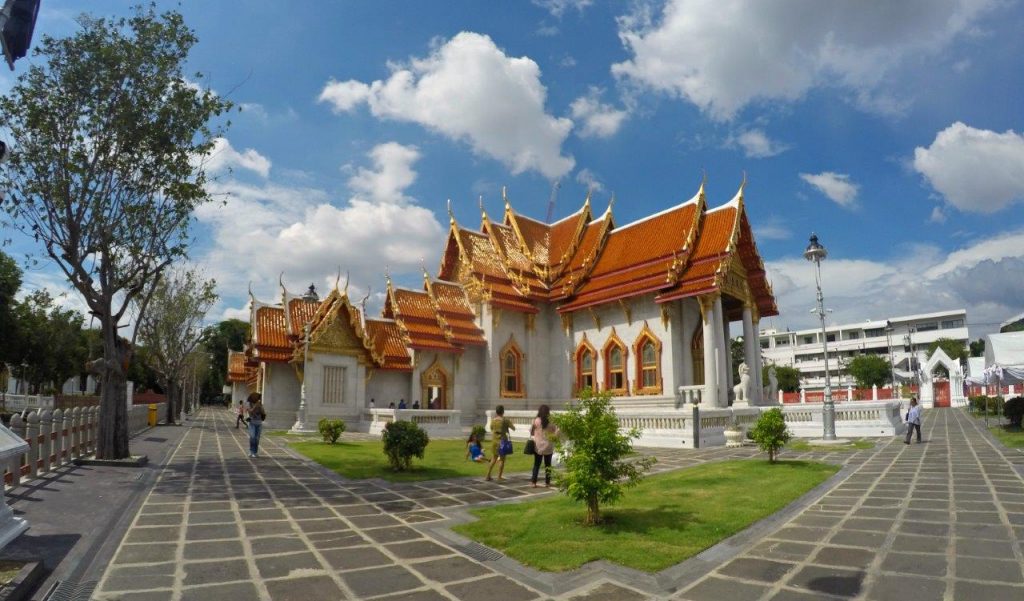 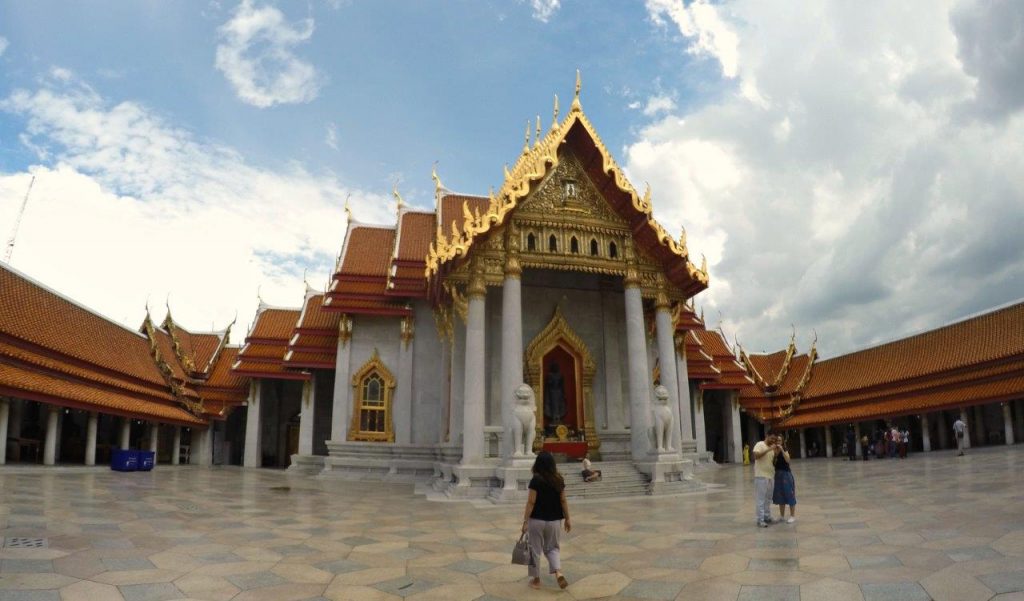 There is even a Bodhi Tree in the middle of the garden. 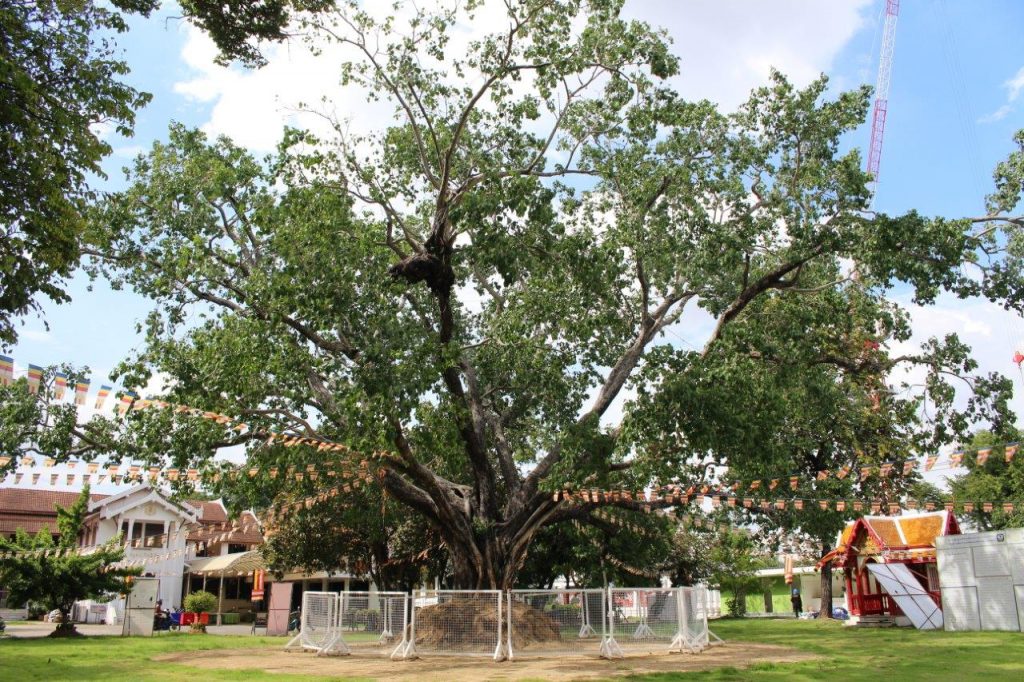 Family Travel Secret
The Bodhi Tree has a special meaning for Buddhists. Buddha reached Enlightenment under a Bodhi Tree more than 2,500 years ago. This specific tree was brought from India more than 100 years ago by H. R. H. Prince Damrong Rajanubhad when he visited the country in 1891. 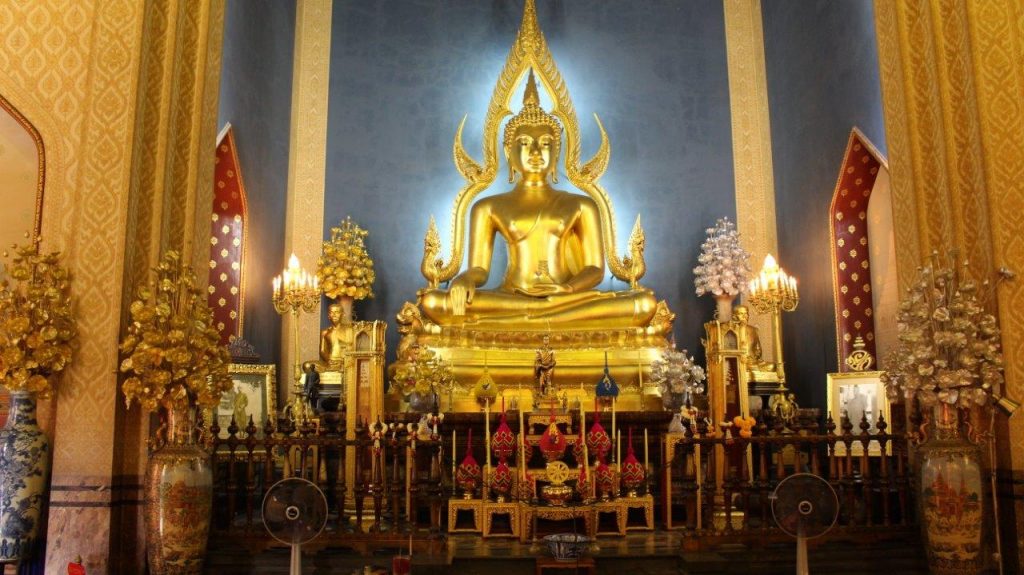 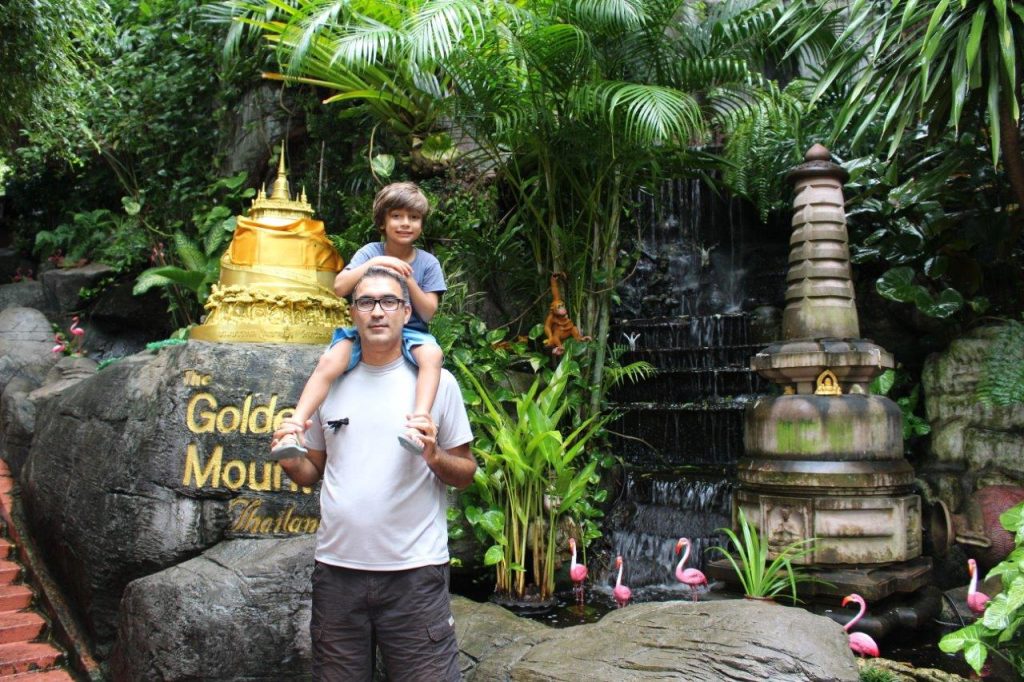 The highlight of this visit was the views of Bangkok from the roof of the temple.

Lastly we stopped by the train station where we collected a lot of information and were able to schedule the rest of the trip before we leave for India in the middle of November. There we purchased our tickets to Siem Reap in Cambodia and Koh Tao, as well as the return ticket to Bangkok from Chiang Mai.

It was a short stay in Bangkok, but there would be more to come after our trip to Koh Tao. 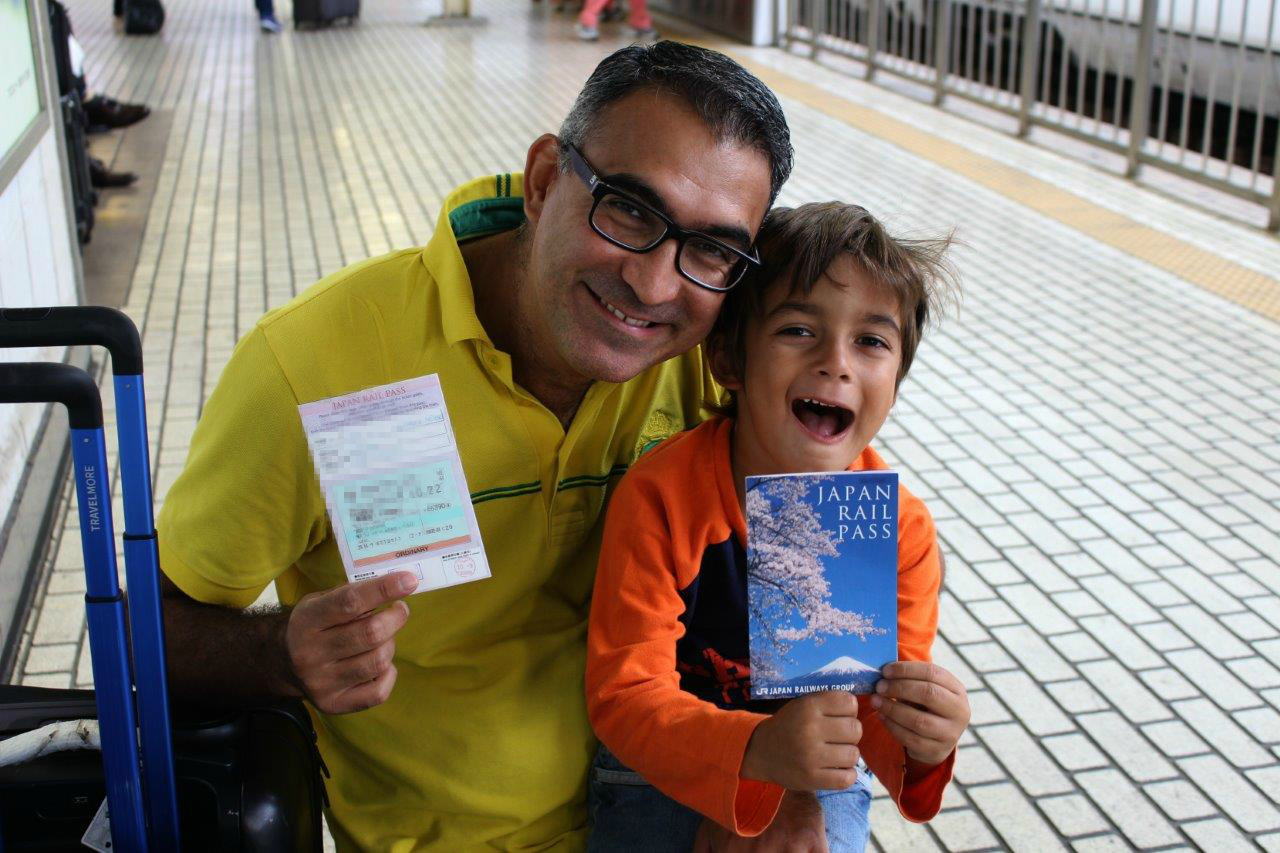 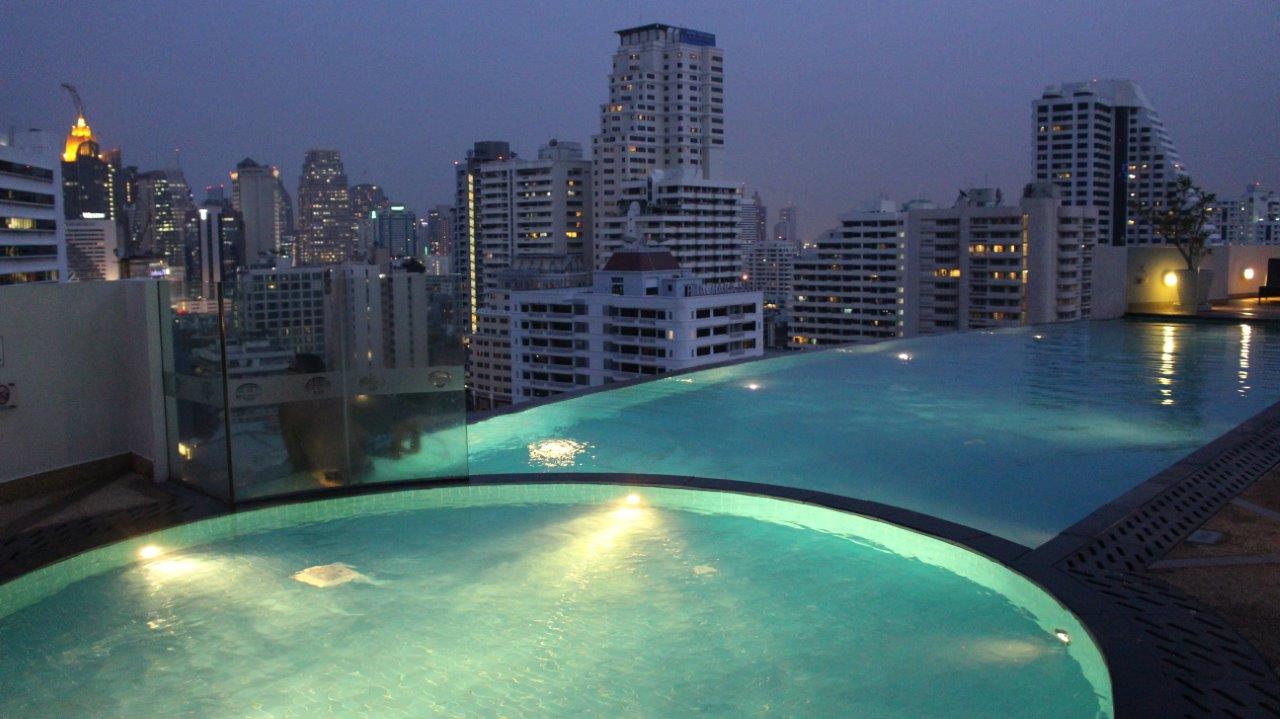