We had arrived in India two days before, after a few days spent enjoying Thailand, and our first stop was New Delhi. Our arrival and these first days in India had shown us a sad reality in this country, which is well known for its amazing culture. Poverty and chaos are, sadly, an integral part of India, and books, blogs, magazines and TV make that clear to visitors so they are prepared. 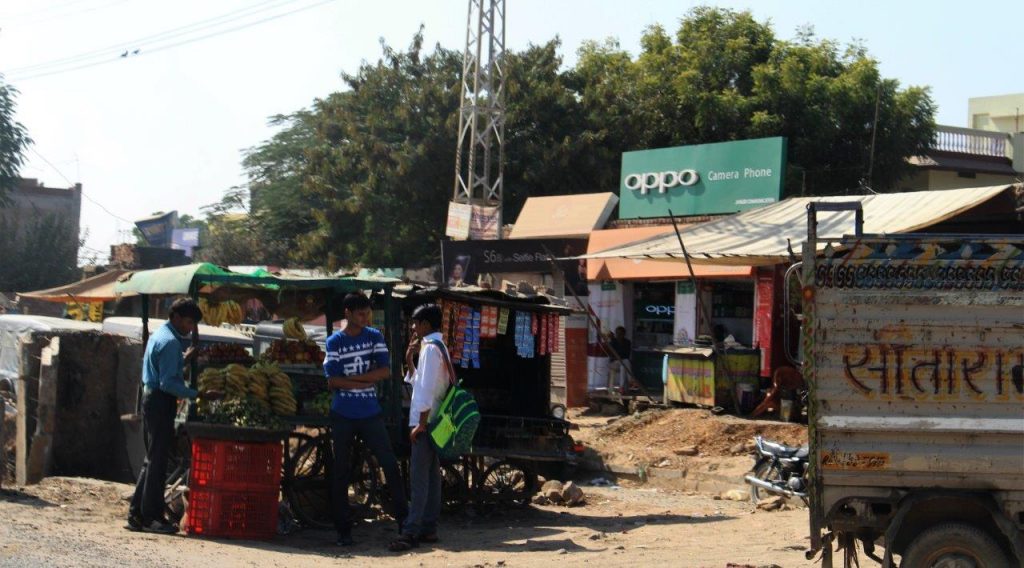 We had read a lot of information and many stories about India, but it’s still a shock when you arrive and see that reality with your own eyes. We will prepare a post specifically about India’s myths and facts later.

We had no problem at immigration, and once we left the airport we immediately started to look for our driver. The hotel had offered us a complimentary transfer from the airport and we couldn’t be happier with that. We weren’t in the mood to negotiate a price with drivers to take us to the hotel, and we particularly weren’t in the mood to get scammed right after our arrival. 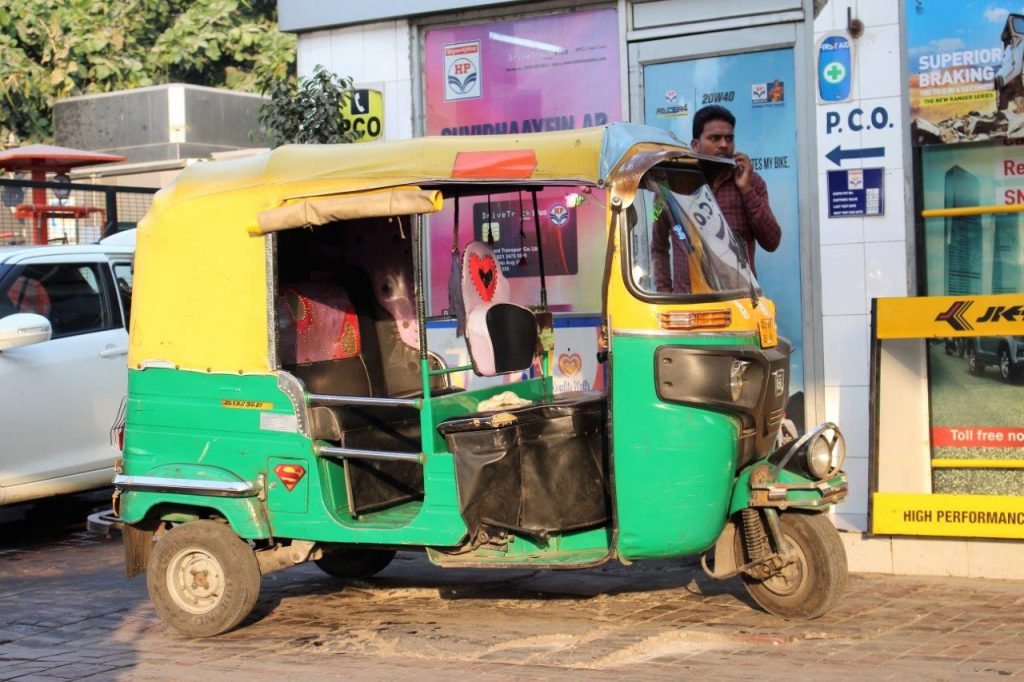 One of the most famous scams in India is carried out by taxi drivers. They look for tourists leaving the airport and offer to take you to the hotel. When you tell them your hotel, they are “kind” enough to tell you that that hotel is not good or it is dirty, and then they offer you another hotel that is much better than the one you reserved. Of course he will then charge his commission for that.

Anyway, we arrived in India at perhaps the worst possible time for decades in terms of the economy. I don’t mean to judge whether these measures were correct or not … I’m not an expert, but the fact is that this is putting big pressure on an already weak economy and creating tension in the streets with long queues for banks and angry people. Tourists are also affected by it, of course, as it is really difficult to find a place where we can withdraw money and we have to wait in long queues whenever the nearest bank is open. 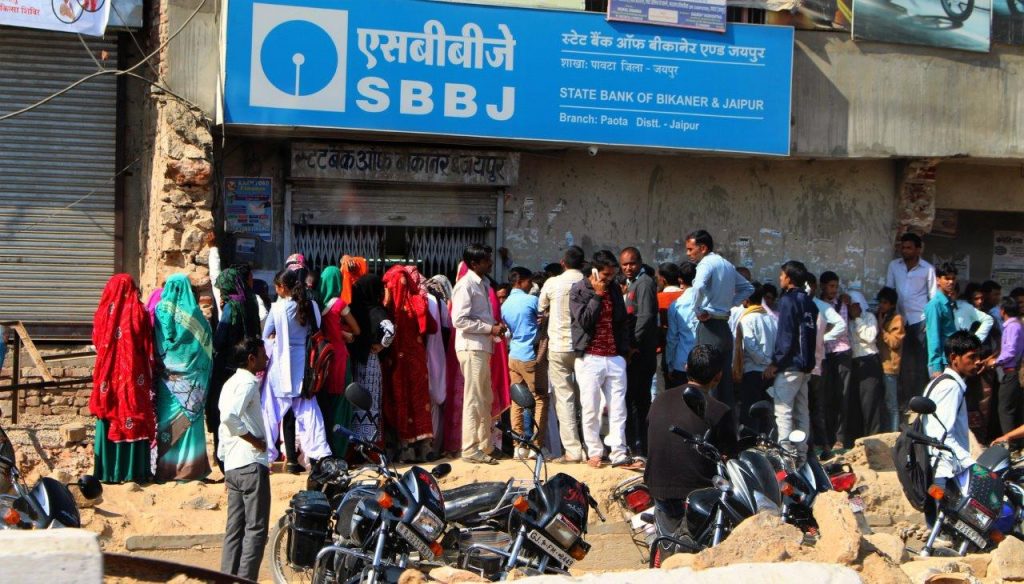 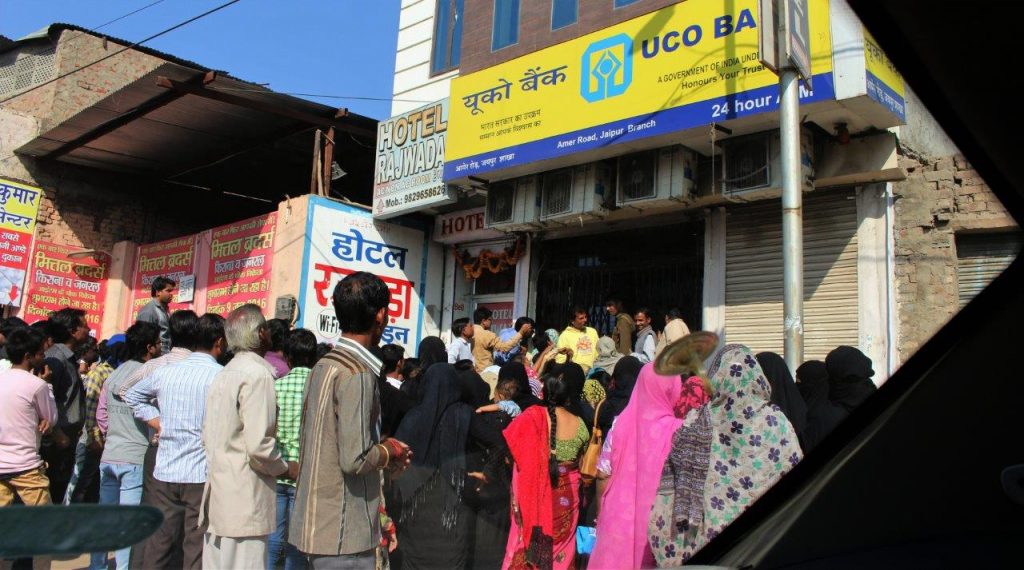 Family Travel Secret
The government, in a radical move to get rid of black money from the country, decided to take some extreme measures and restricted the depositing and withdrawal of money. The idea is to ensure that only real notes are circulating in the country and that fake notes vanish from India.

Visiting the Red Fort in Delhi

Our hotel was very good and clean, which was a relief for us. On our first morning in Delhi we spared a bit of time to pay a quick visit to the Red Fort, which is located walking distance from the hotel, and then concentrated on organizing our trip in India. 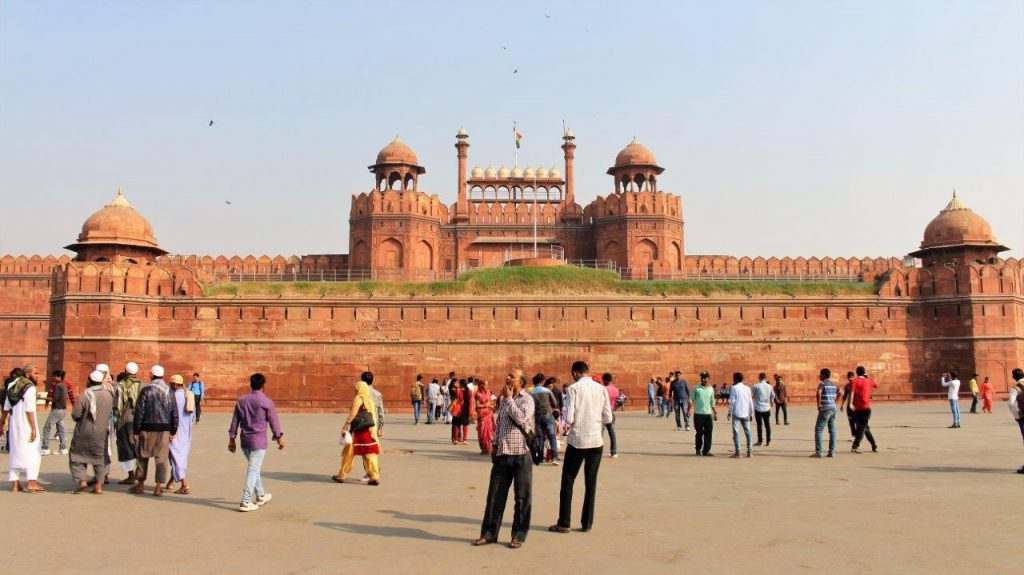 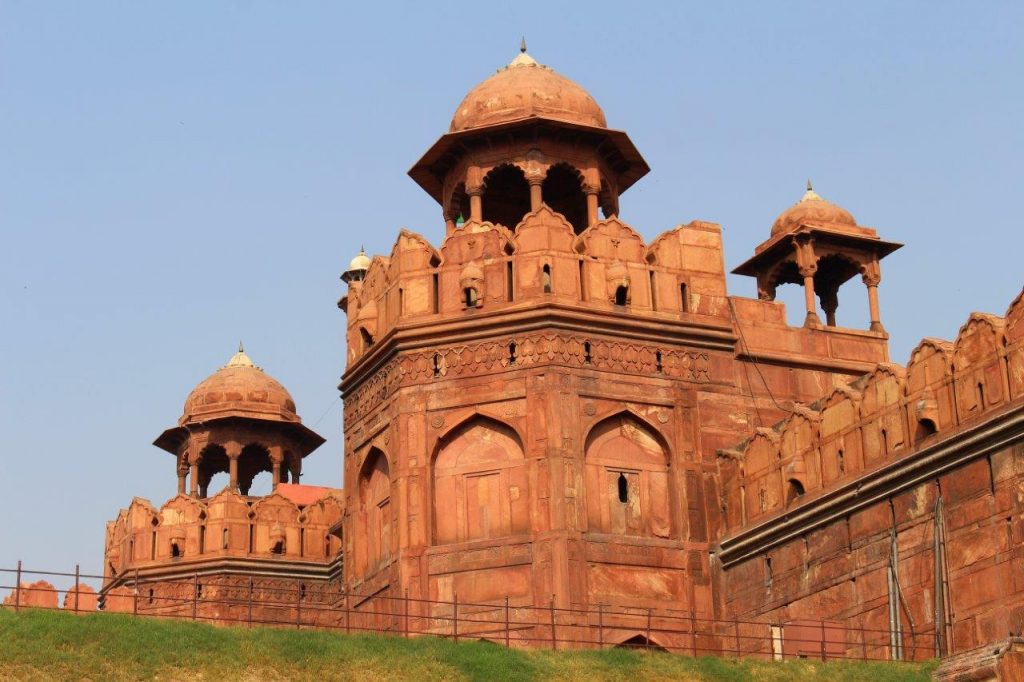 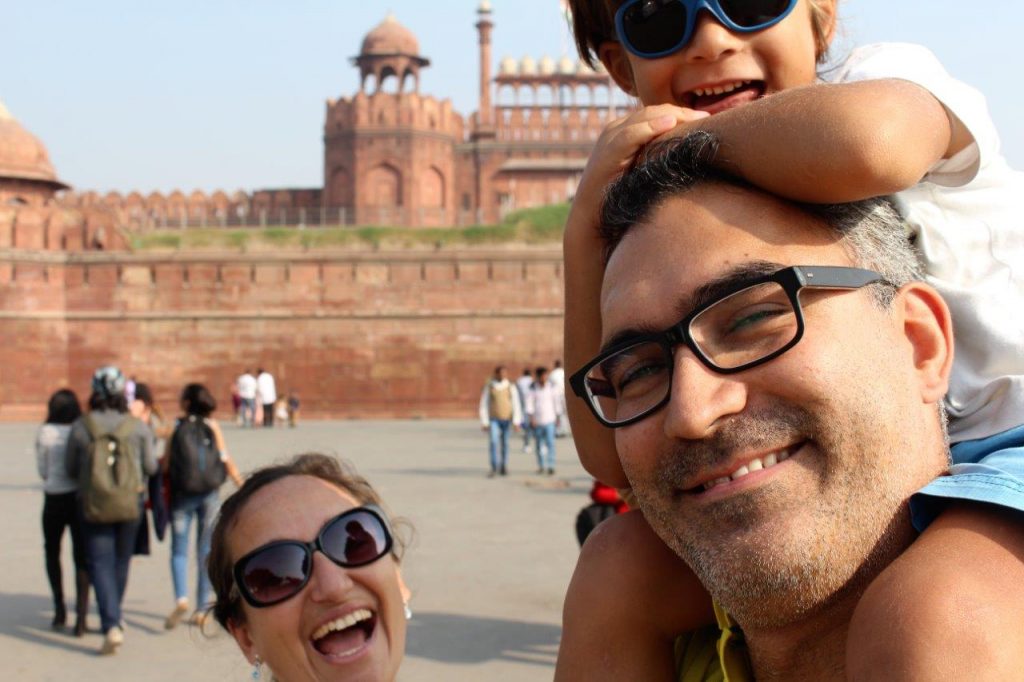 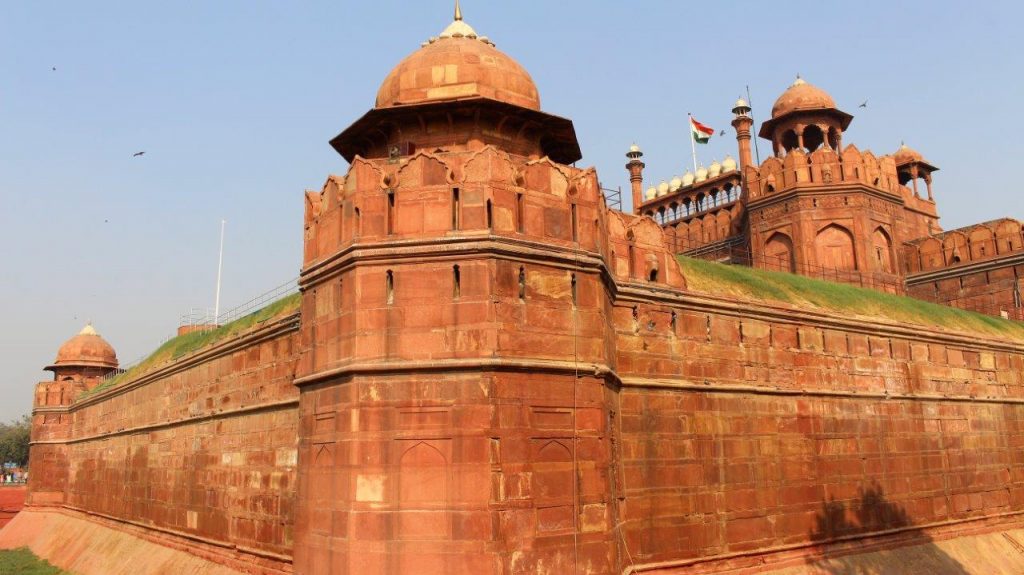 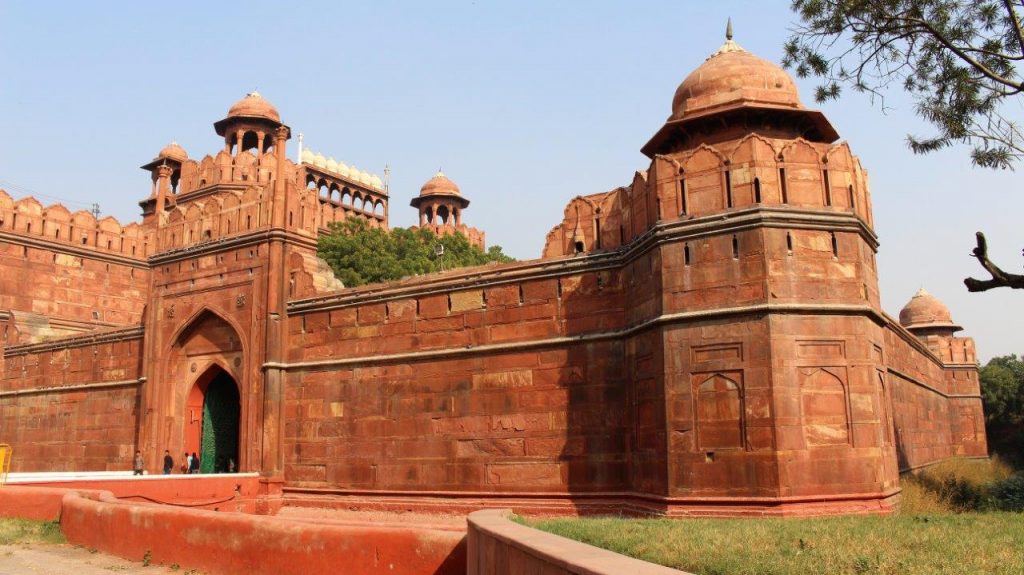 Although we are being careful to control our expenses (because the trip is almost over), we decided to check with the hotel travel agent what our options would be for tours through Delhi and Agra. We are travelling with a small child so we need to make sure he’s as comfortable as possible and avoid getting lost in the country or overspending because we haven’t organized the trip well. 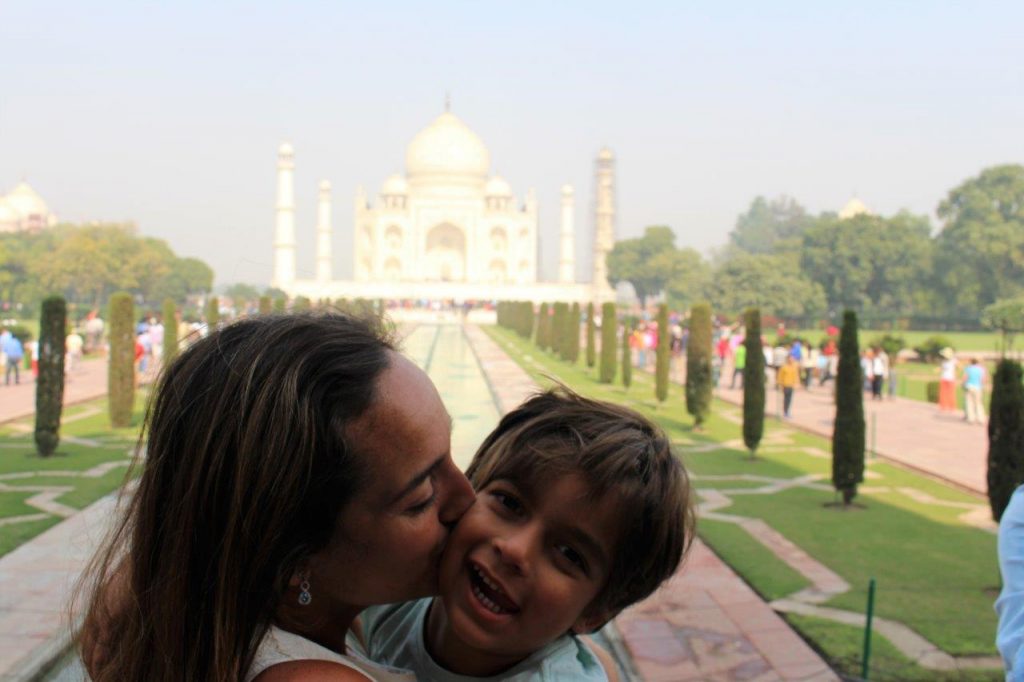 Finally we reached an agreement to pay a driver for the next 5 days, to take us to Agra, Jaipur (a destination that was not in our initial realistic plans), back to Delhi and then to the airport. Our hotel in Jaipur, a heritage hotel, was also included, and that turned out to be a very good choice. It was a relief for our families, who were a bit concerned about our trip in India. 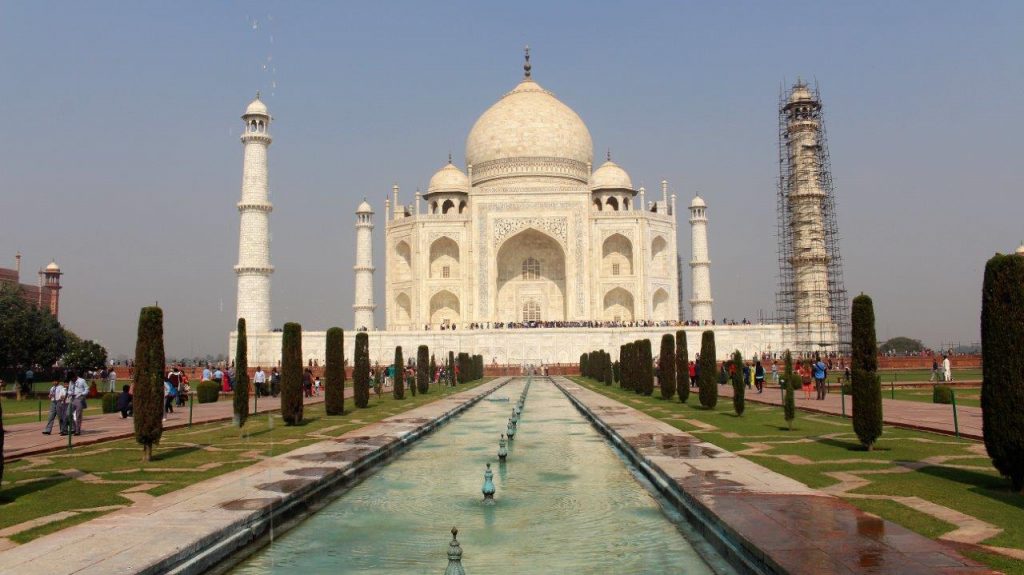 Family Travel Secret
If you have the chance, the best thing you can do when you arrive in India (or even beforehand) is to hire a personal driver, as they will know the country and can take you to all the places you want to go. That way you don’t need to negotiate fares with taxi drivers and you know exactly how much you are going to spend. 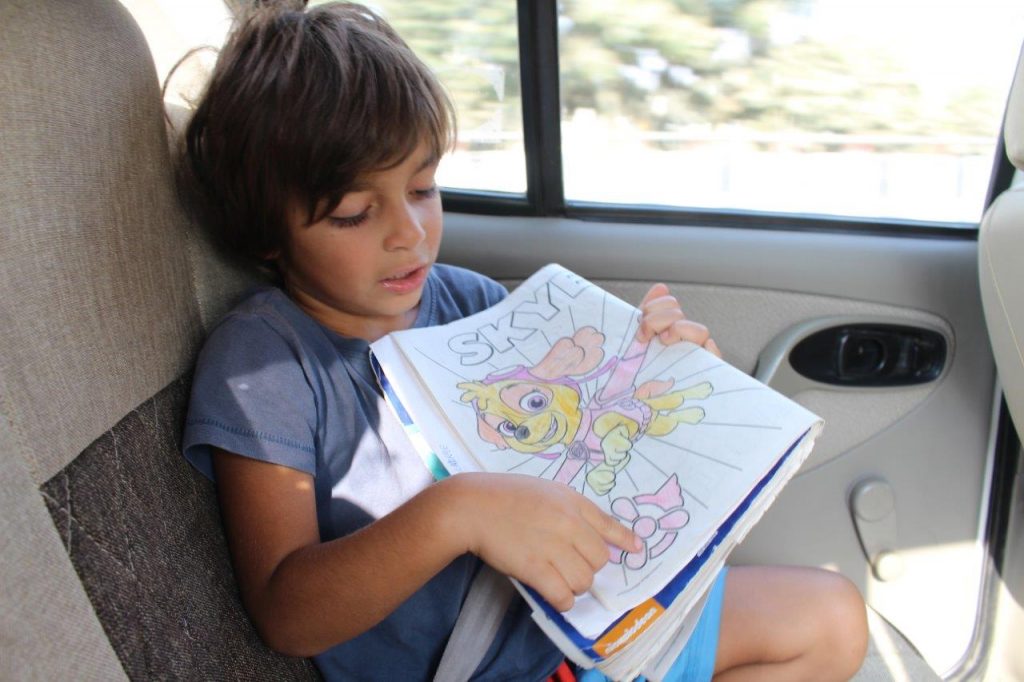 5 days in India have not been much, but we’ve been left with a very nice feeling. 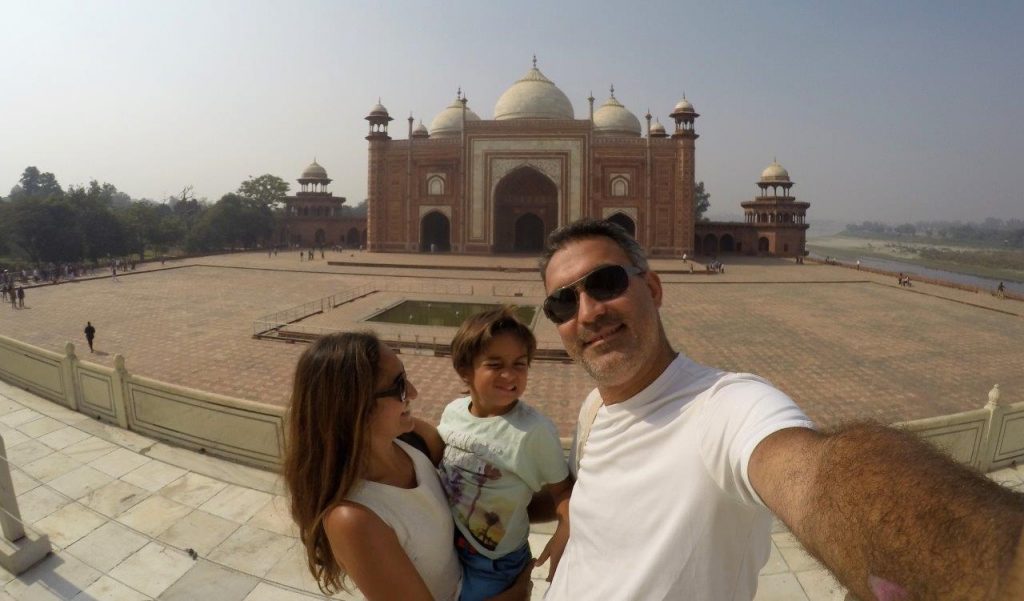 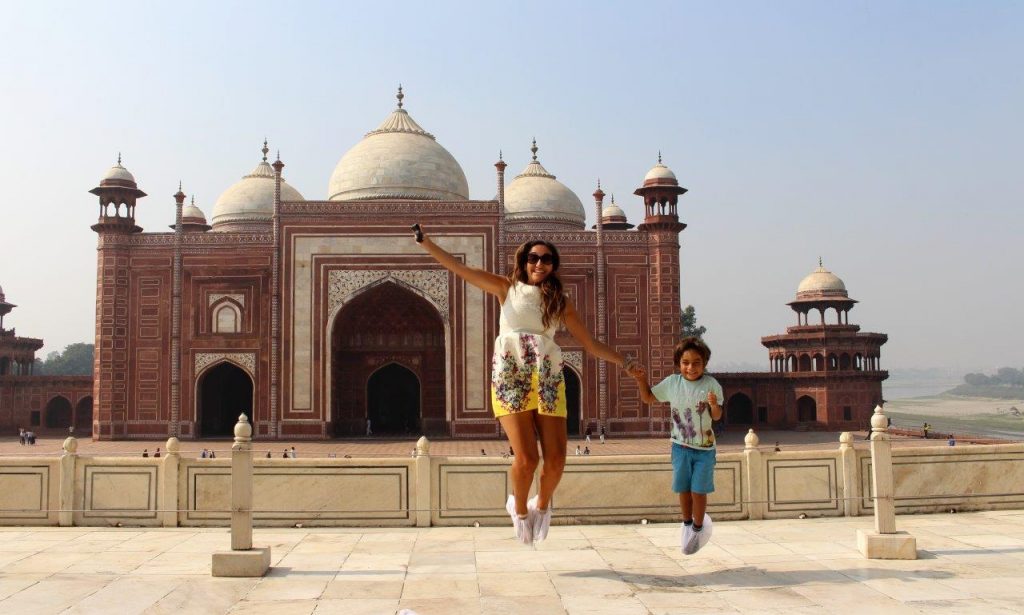 We aren’t going to lie – the culture and social reality are very different from what we’re used to in Europe. But even so, the richness of color and the poverty which is visible when you take two steps outside show real beauty. 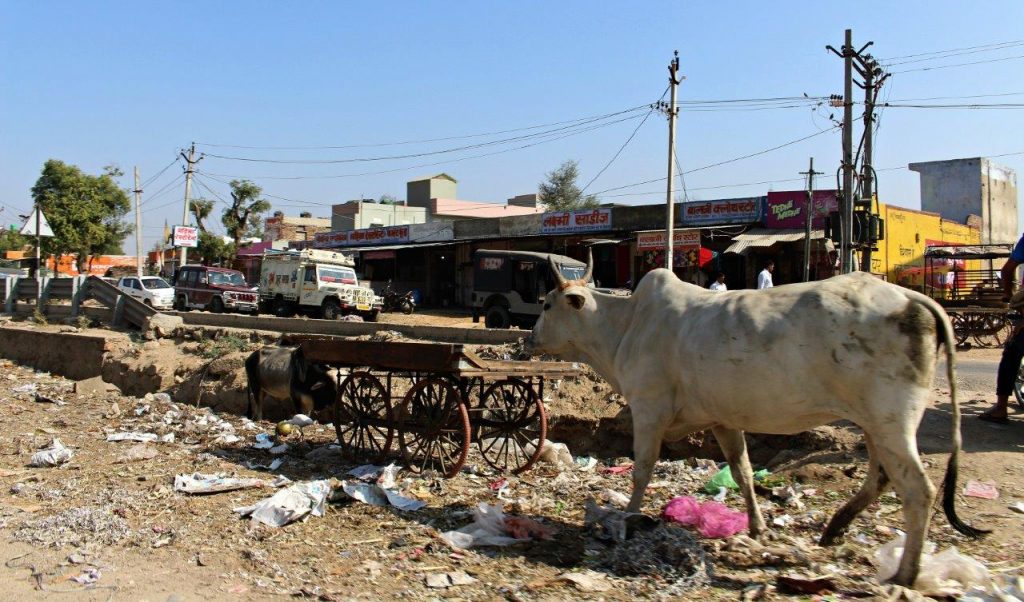 The contrast of colors and skin tones, the dust in the streets, the animals living peacefully among people and traffic, the dirt and constant hustle and bustle of people and horns… 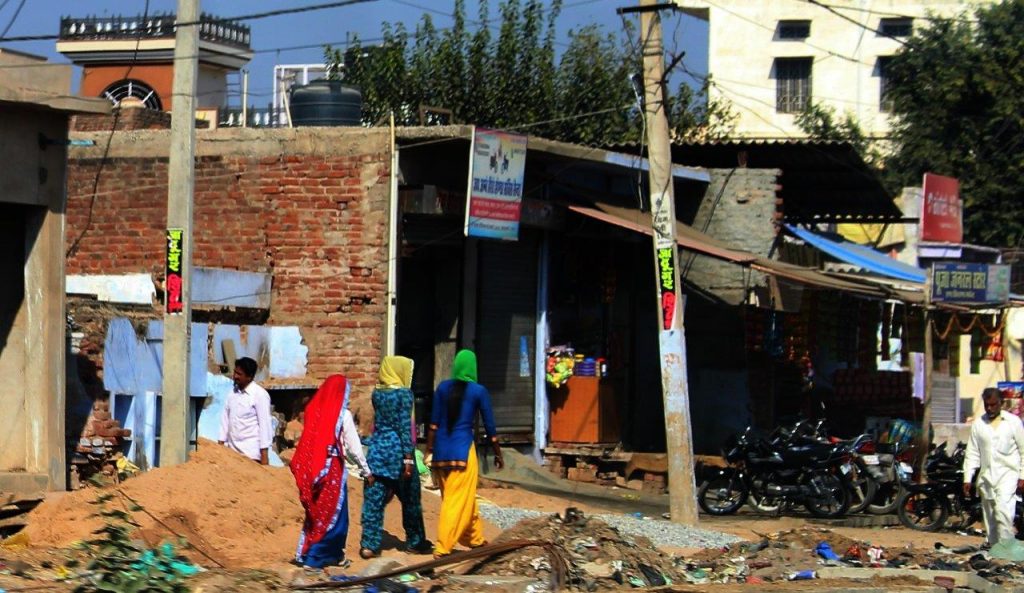 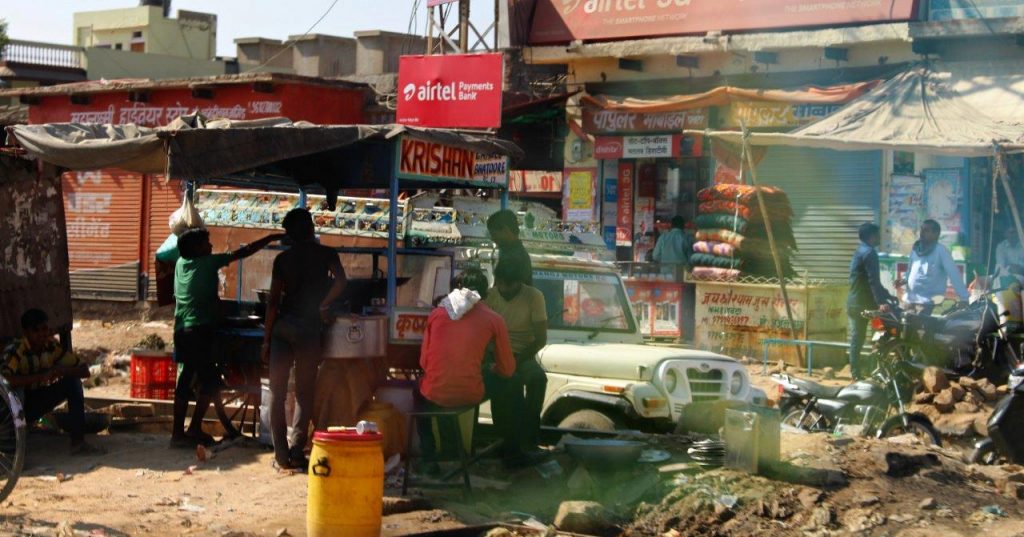 Without a doubt India is a country which is rich in many different ways, including the poorest and saddest ways. In any case, we have fallen in love with India and will undoubtedly return – hopefully sooner rather than later 🙂

Hope you will enjoy our articles about Taj Mahal and Jaipur. 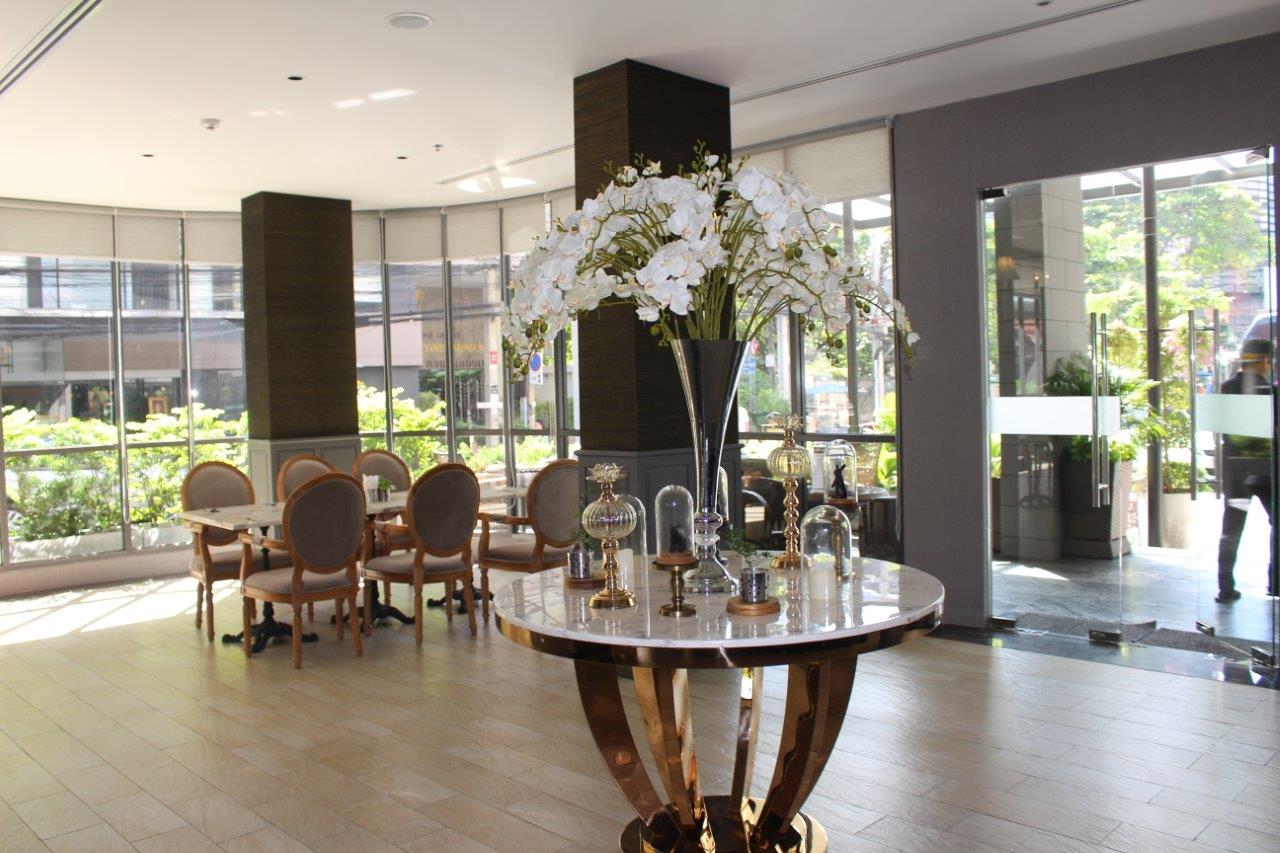 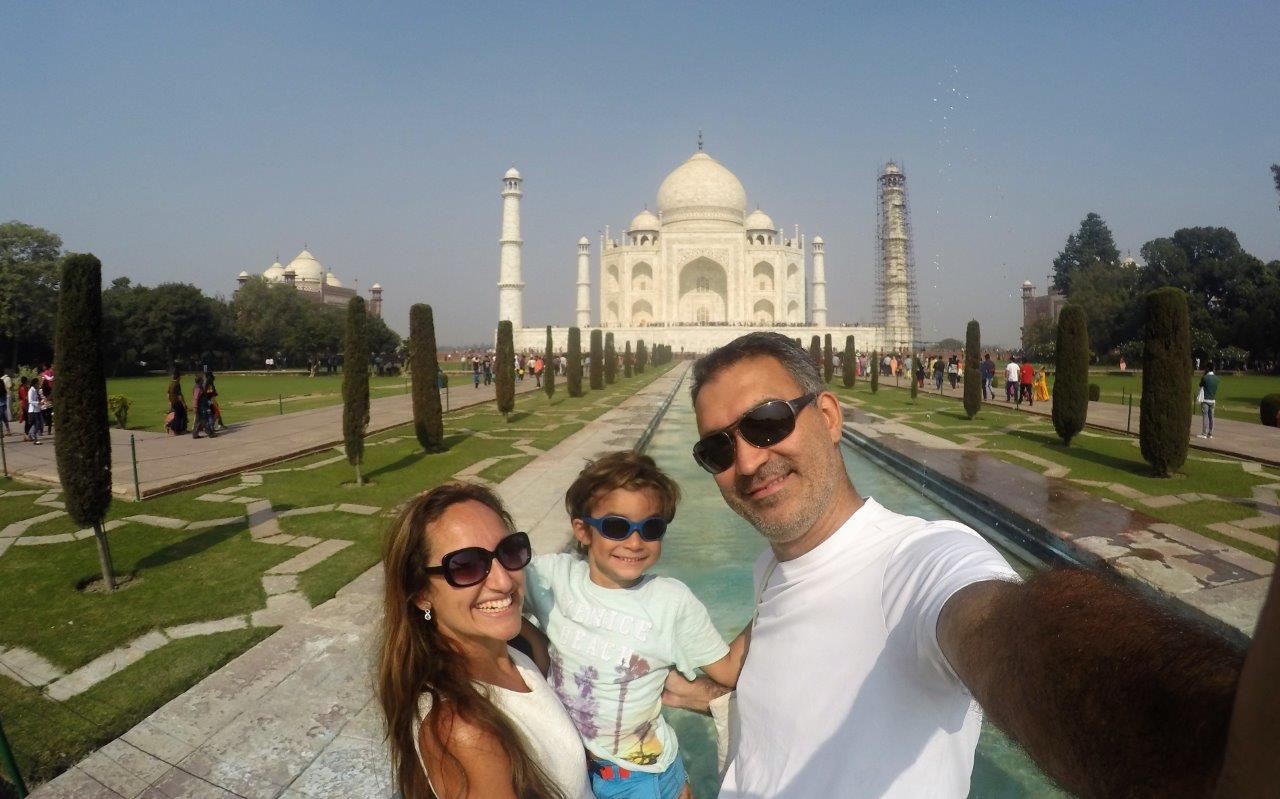 Taj Mahal, one of the seven wonders