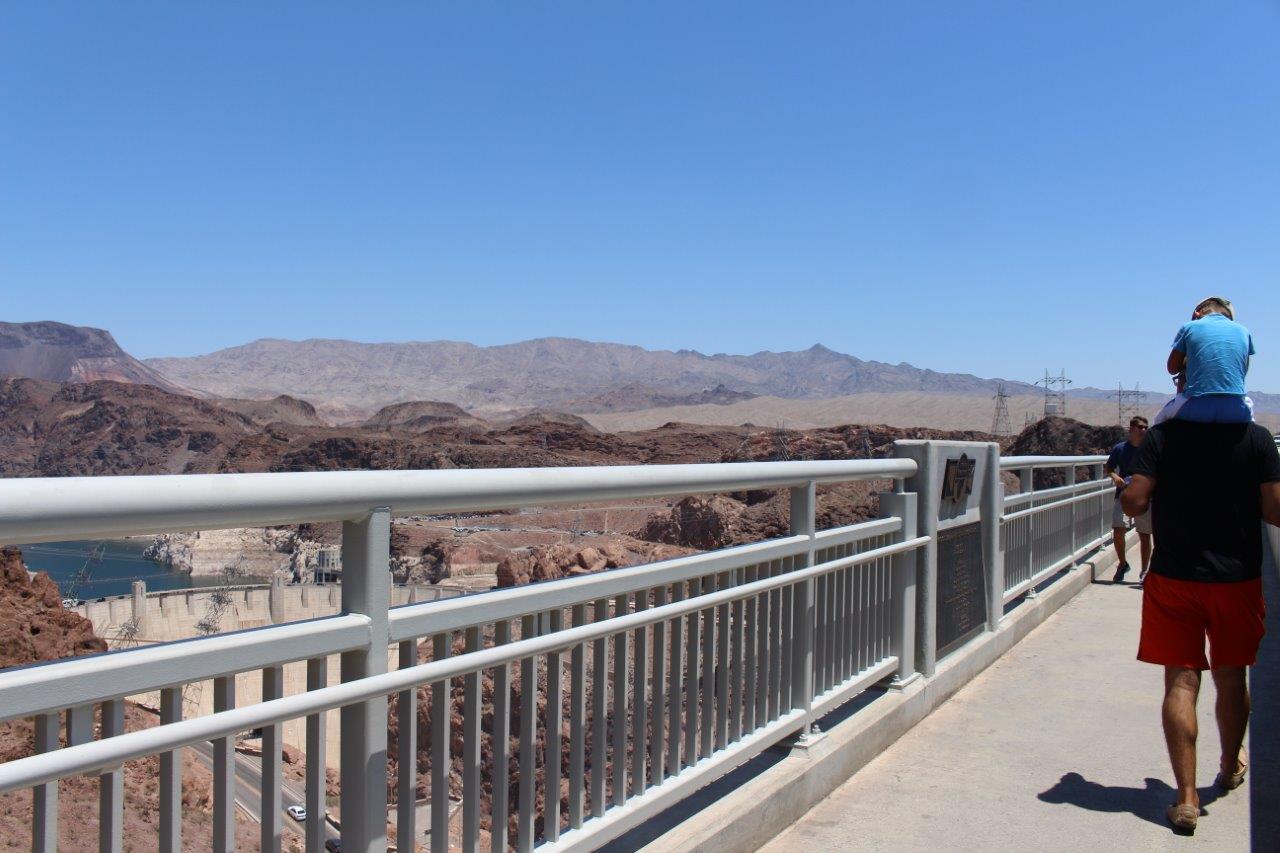 Hoover Dam is an enormous construction in the middle of the desert that literally left us with our mouths hanging open. Given its majestic structure and that it is located just a few miles from Vegas, there are lots of tours taking you there and showing you inside. But as we are on a budget we went the cheap way – for free!!!! 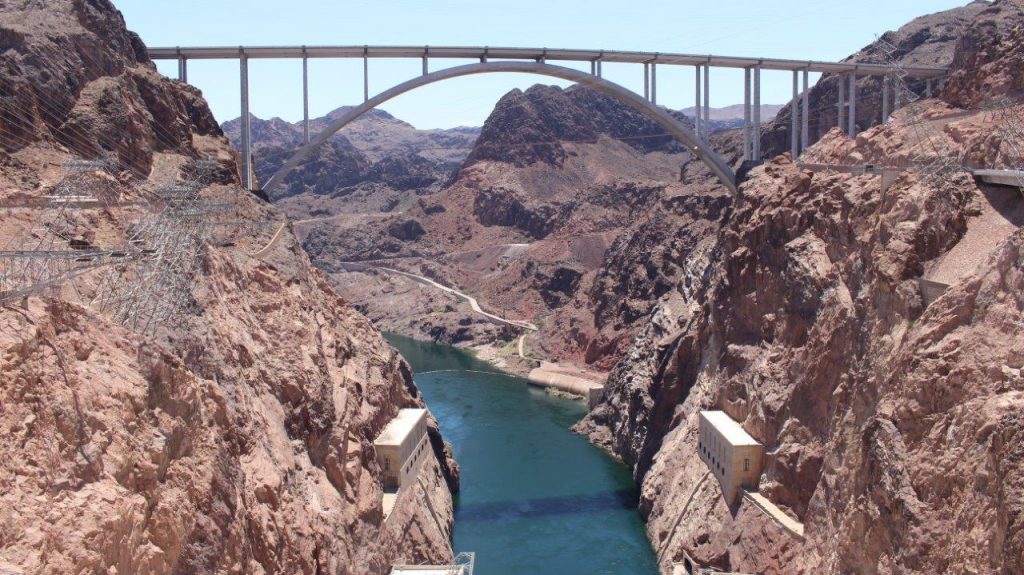 Access to the dam is really easy (it is located by the road) and you get many different views of the dam. That day was awfully hot, not like the day before in Death Valley, but still very hot. It was easily over 40°C. The day before it had reached 50°C, so Noah and I were not really in the mood for spending a lot of time outside the car and away from the air conditioning. Therefore as usual Ruth was in charge of taking pictures while Noah and I were chilling inside the car for the whole visit. 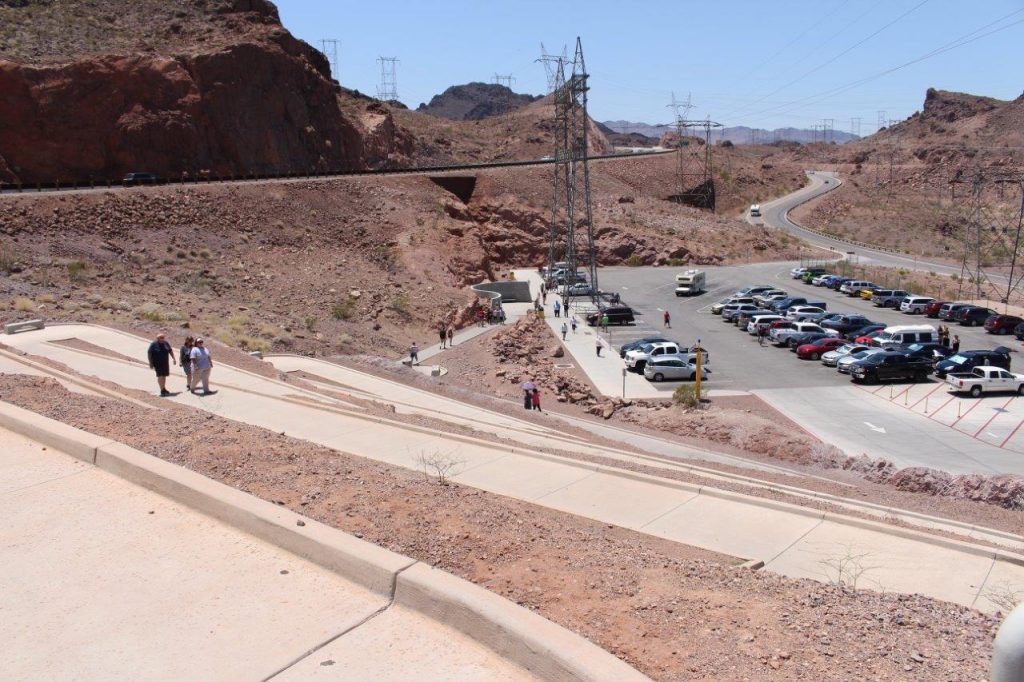 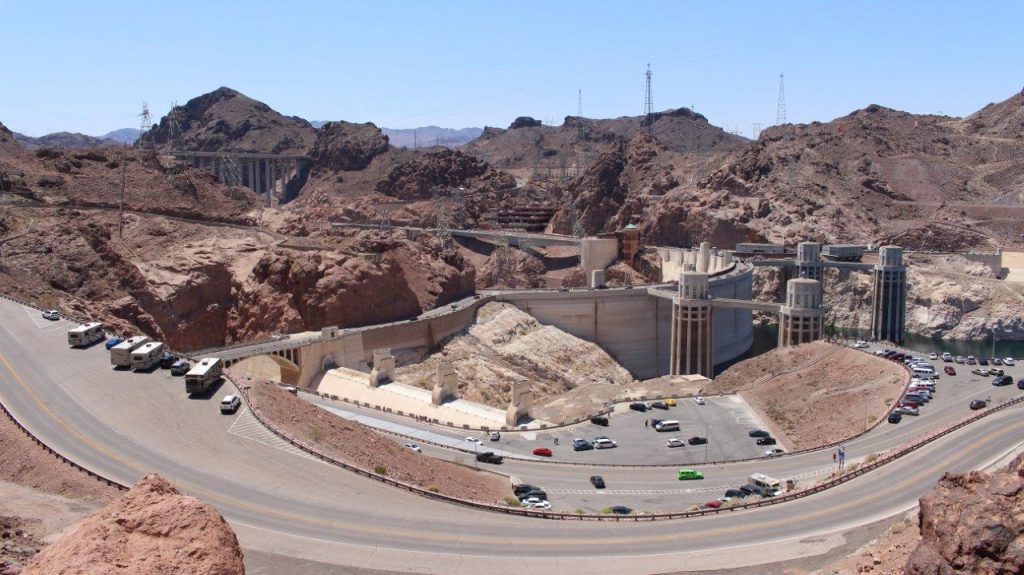 There is a bridge called Mike O’callaghan-pat Tillman Memorial Bridge (Hoover Dam Bypass) from where we had a panoramic view of the dam. This is perhaps the best place for taking pictures (unless you are taking a helicopter ride, in which case you can take some shots from the air).

A bit about Hoover Dam

Work began in 1930 and proceeded day and night. Fiver years later a 726-foot-high wall blocked the Colorado River at its entrance to Black Canyon. In 1935, the newly completed dam was the highest in the world.

The waters of the backed-up Colorado spread into valleys and basins, flooding lowlands and turning dry cliffs into lake shores. The project also opened the West with irrigation, flood control, drinking and industrial water and hydroeletric power. 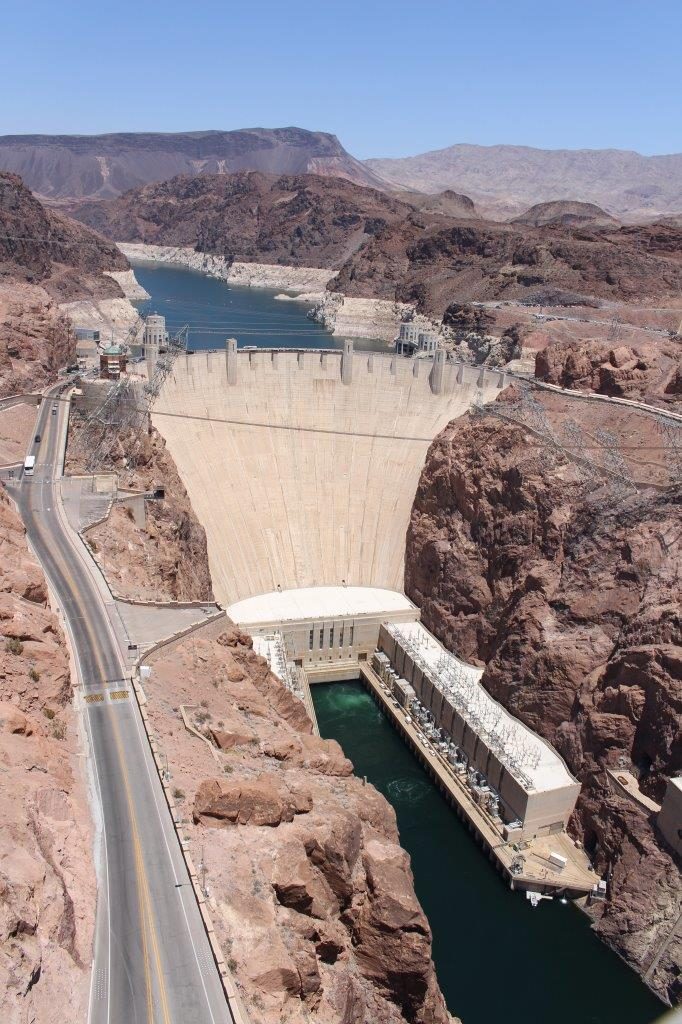 Next to Hoover Dam is then the Lake Mead, where people can take part in some water activities and cool down given the heat. 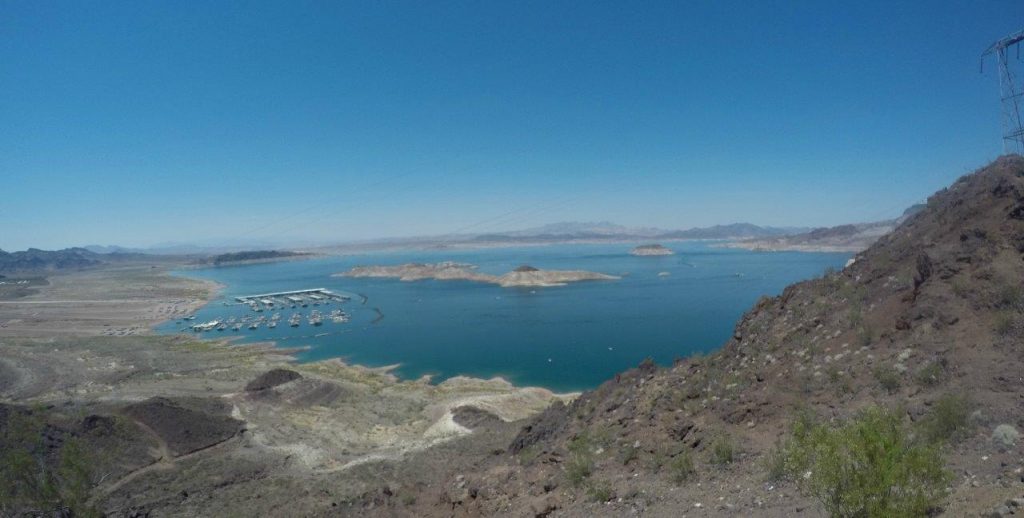 A bit about Lake Mead

Since its establishment in 1936, the recreation area around Lake Mead has been managed by National Park Service, and in 1947 Boulder Dam has been renamed Hoover Dam. And finally in 1964 the area was established as Lake Mead National Recreational Area, the first nationally designated recreation in the country. 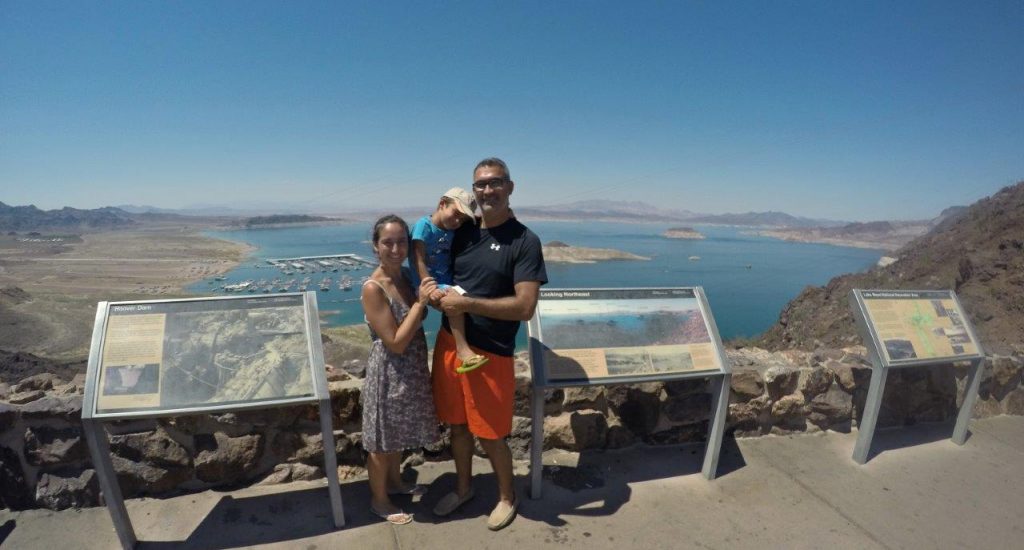 Considering that it is very close to Las Vegas and it is a nice construction, it was worth a visit. However, as I said, because of the heat, Noah and I did not enjoy this as much as we should have. 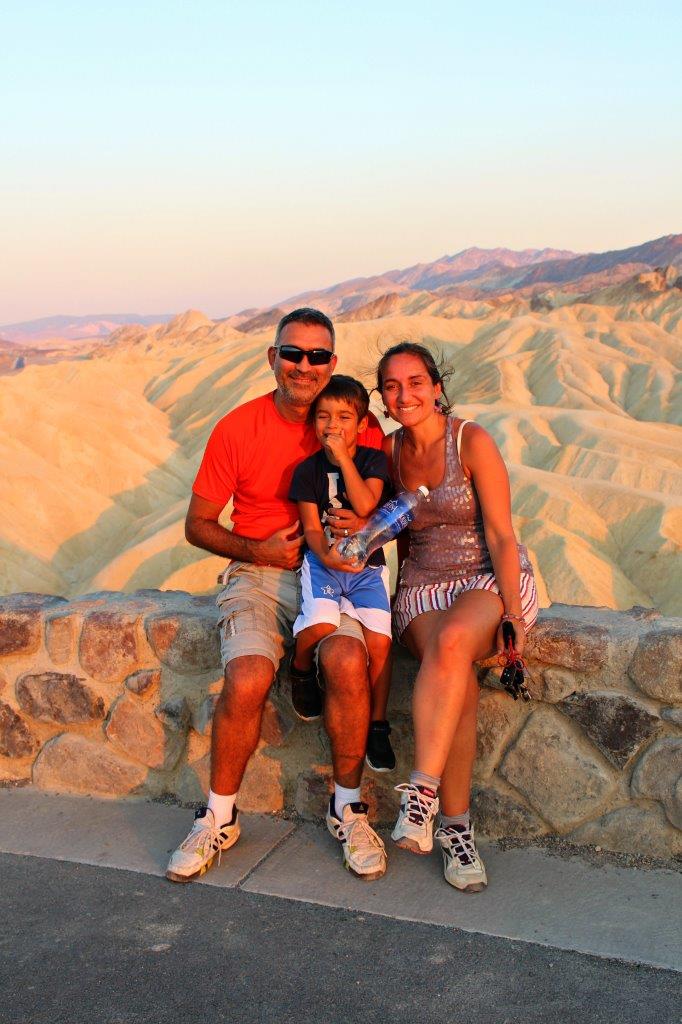 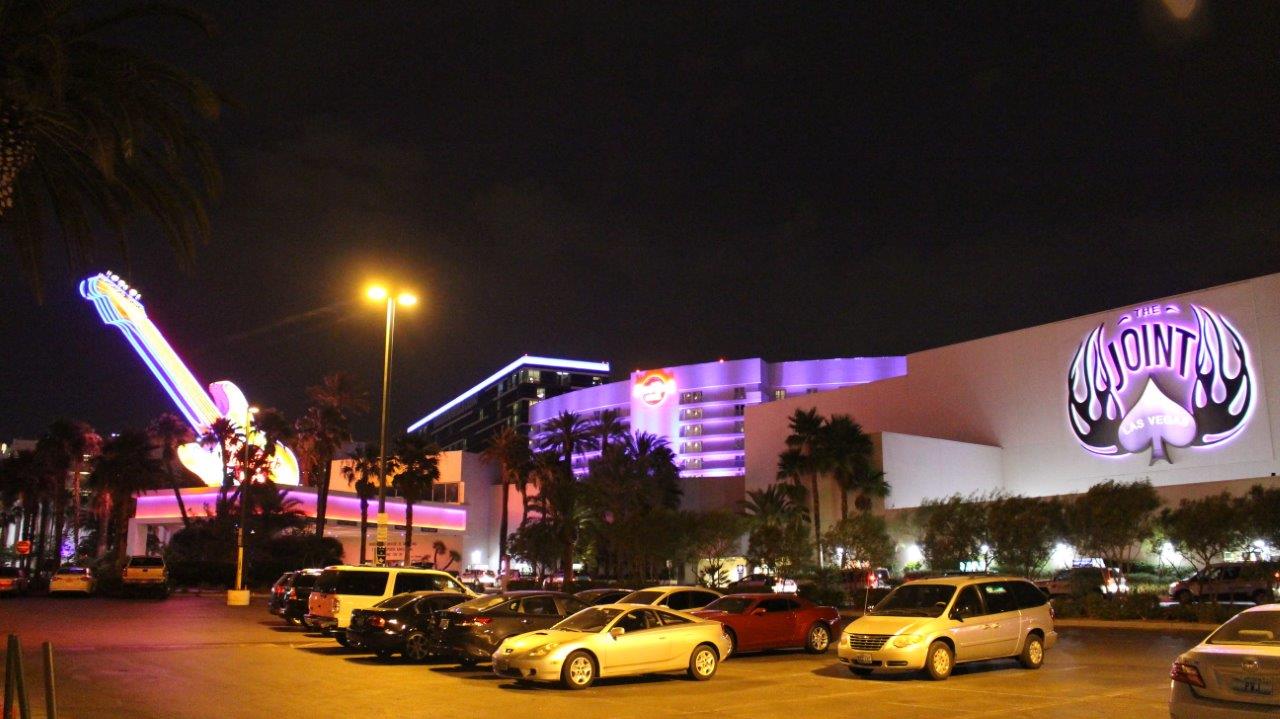 Walking around the Chinyero volcano in Tenerife