Death Valley is probably called that because of the heat. That´s just a joke (or maybe not …), but the fact is that this preserved desert area in the western part of the US can reach extreme temperatures during the summer. We had no other time to visit and we did not know that it was going to be so hot that day. The thermometers were showing up to 122° Fahrenheit which is about 50°C … That is damn hot!!! (Excuse my French 🙂 ). 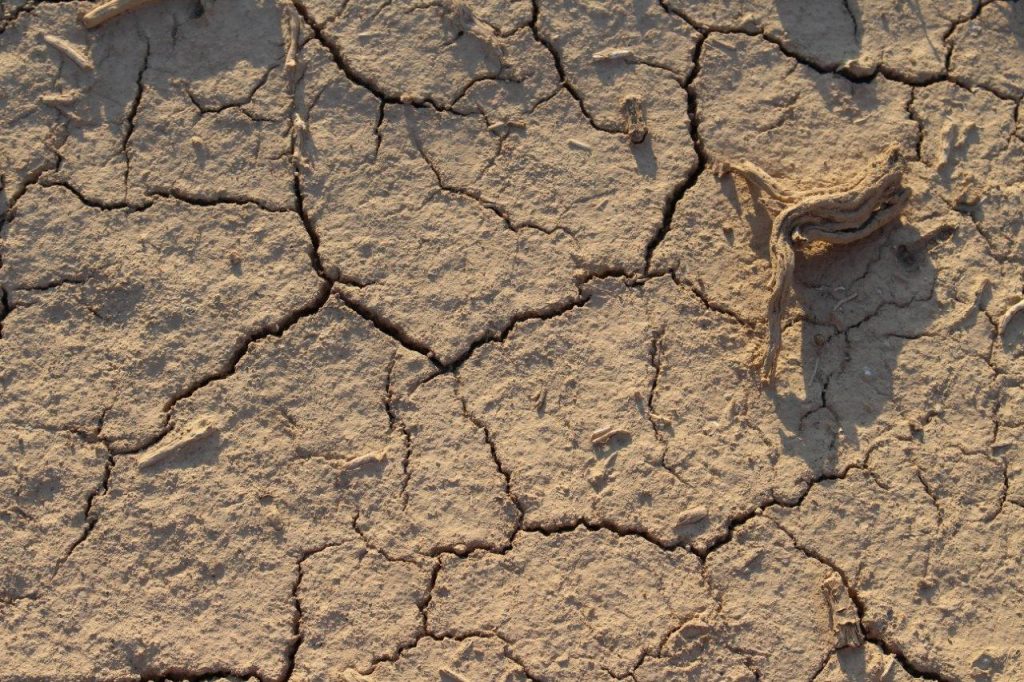 In all seriousness we had never experienced such high temperatures in our lives. We know that some readers of this blog have probably been to places with such temperatures or even hotter, especially in the Middle East, but that was new for us and an experience that we would like to avoid as much as possible in future.

Family Travel Secret
At such a high temperature your body does not function well, it consumes a lot of energy extremely quickly and it loses water at the same pace. So NEVER (and we repeat NEVER) go to a desert without lots of fresh water. In addition do not forget to bring your sunglasses and a cap or something to cover your head. Ideally you should wear long sleeves to help you avoid sunstroke and dehydration.

Noah had not been well for a few days, coughing a lot, and we knew that if he continued like that we would need to take him to the doctor. It was most likely because of the dry air and high temperatures in Death Valley, so that day he stayed in the car with me almost the whole time. Unfortunately, Death Valley was just a stop-off on the way to Las Vegas so we couldn´t simply go to a hotel to rest. We therefore decided to visit the sights as we had planned and I stayed in the car with Noah most of the time, watching a movie or playing with him. 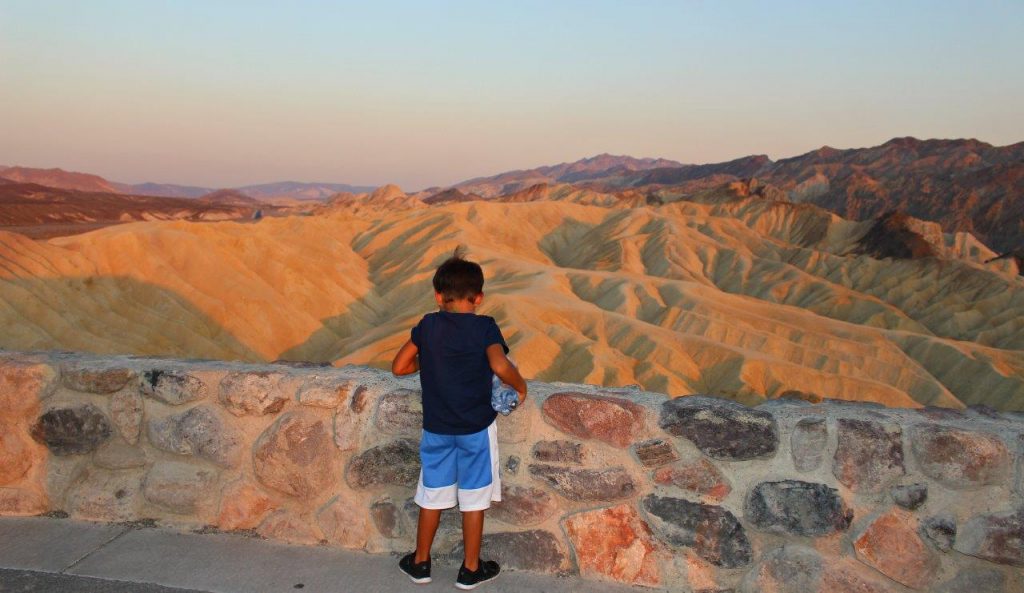 Aside from the heat, Death Valley is a unique and amazing place. The vegetation, the colors, and the landscapes are all admirable. 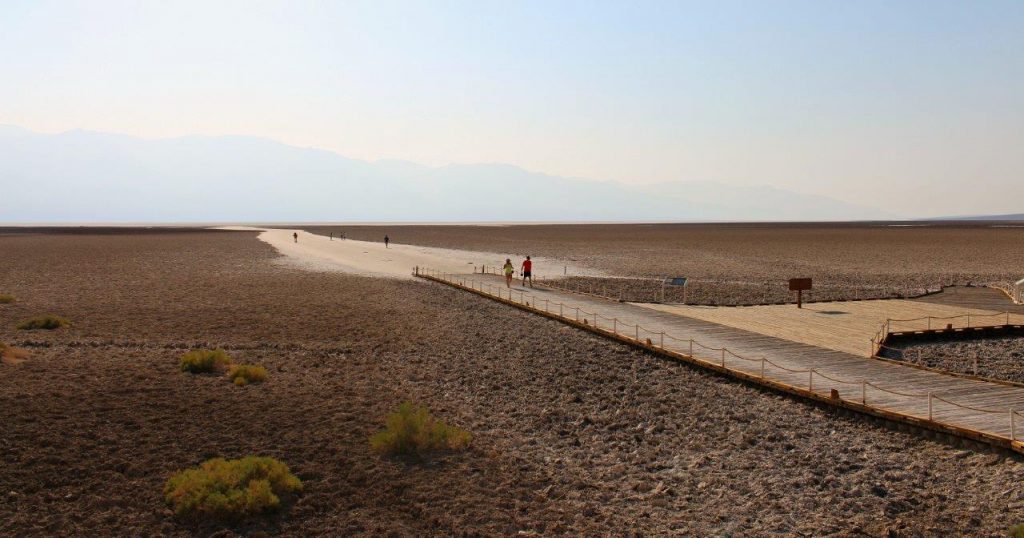 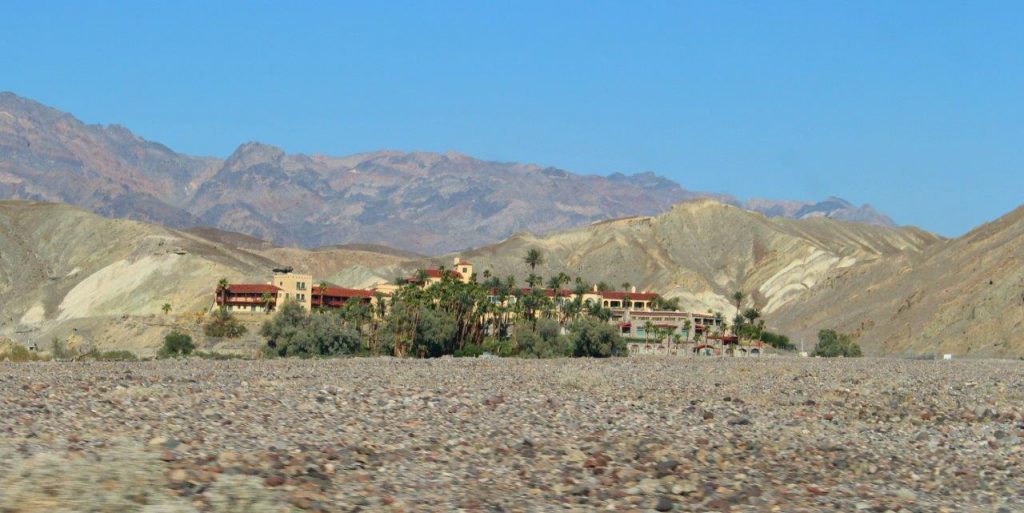 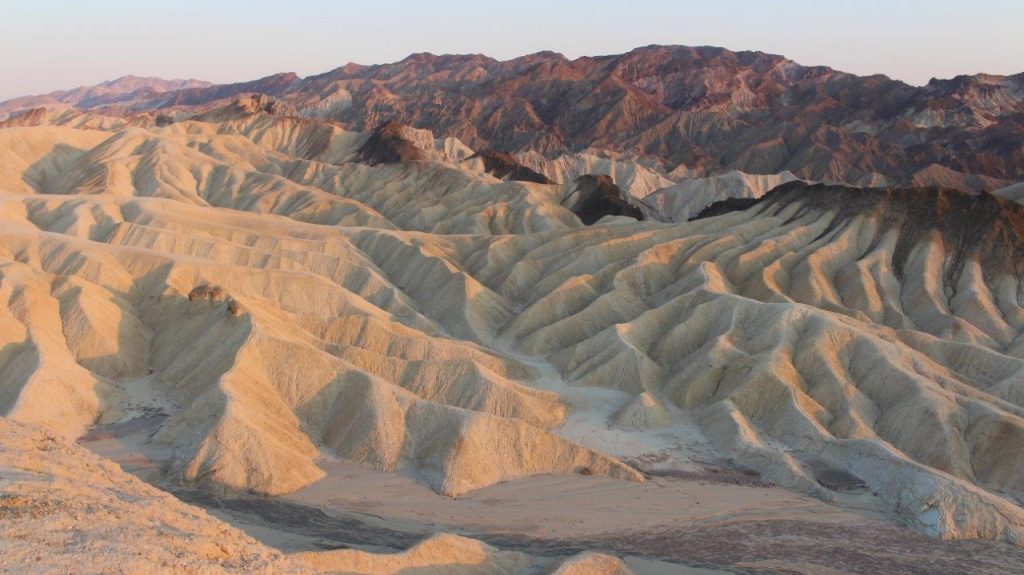 Some of the places that we visited in Death Valley were:

A fantastic viewpoint showing the grandiosity of the landscape. We think from there you can see Racetrack Playa, where rocks “move” along the desert. 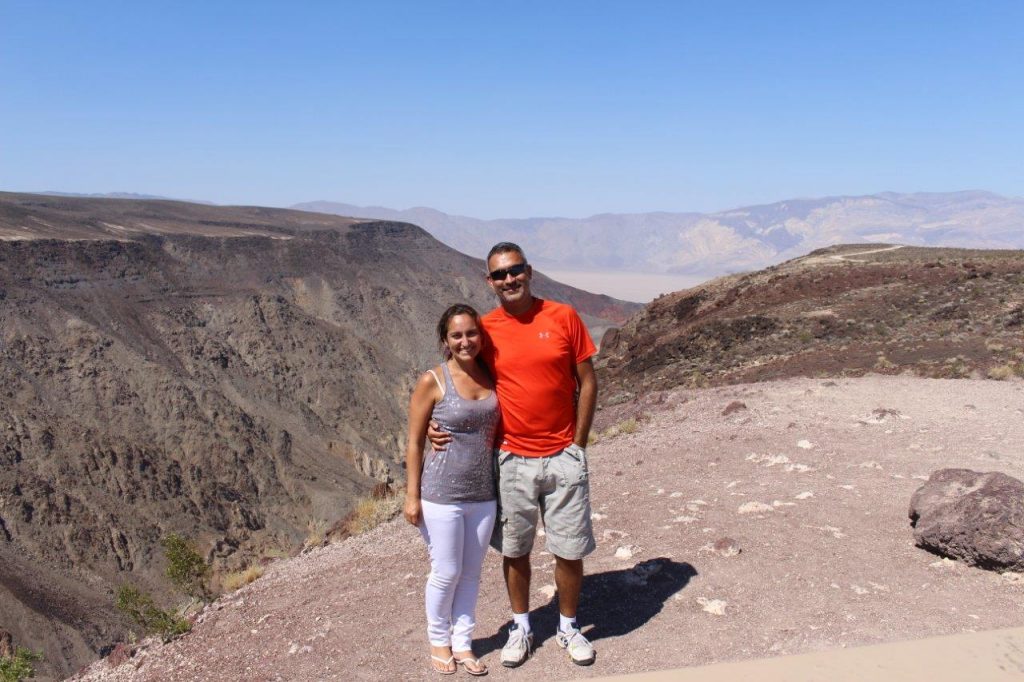 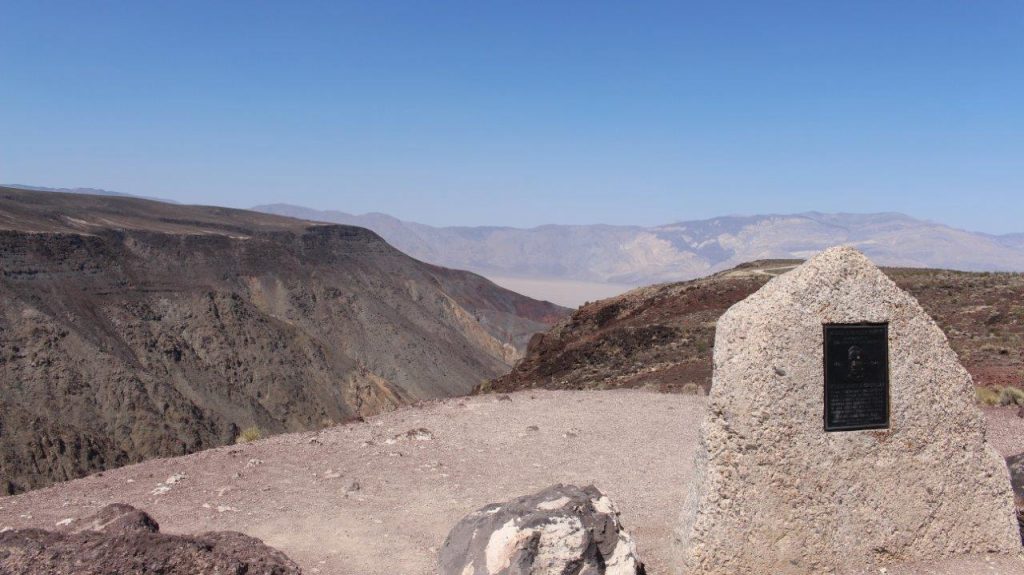 Family Travel Secret
We were told that to go to the Racetrack it is important to have a jeep or you may get a flat tire.

Badwater Basin – this is the lowest point below sea level in America, at 80 meters below sea level. Here you can see a kind of salt water layer, but it is almost completely dry. You can see the salt and the different formations of the earth due to the dryness of the environment. 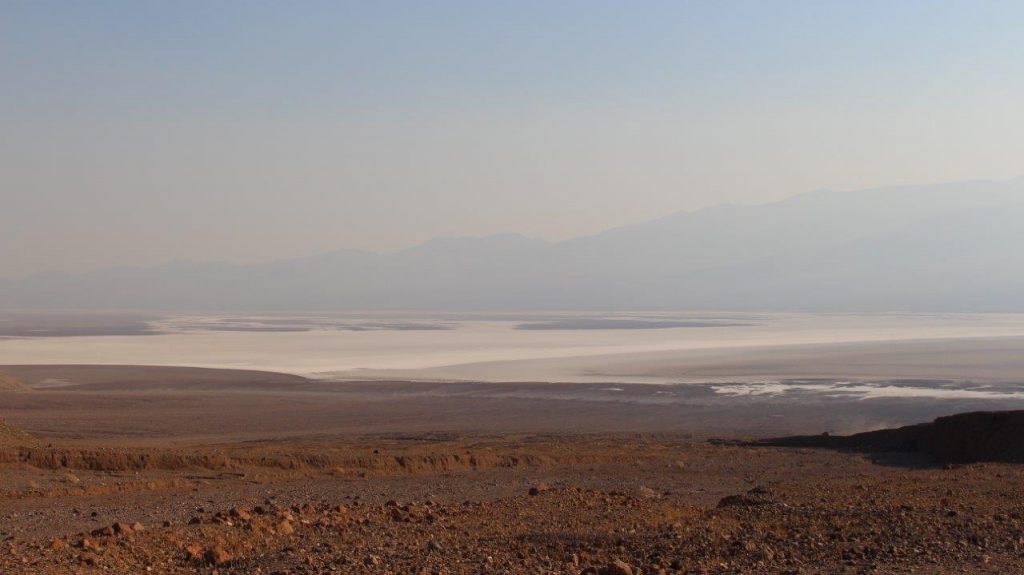 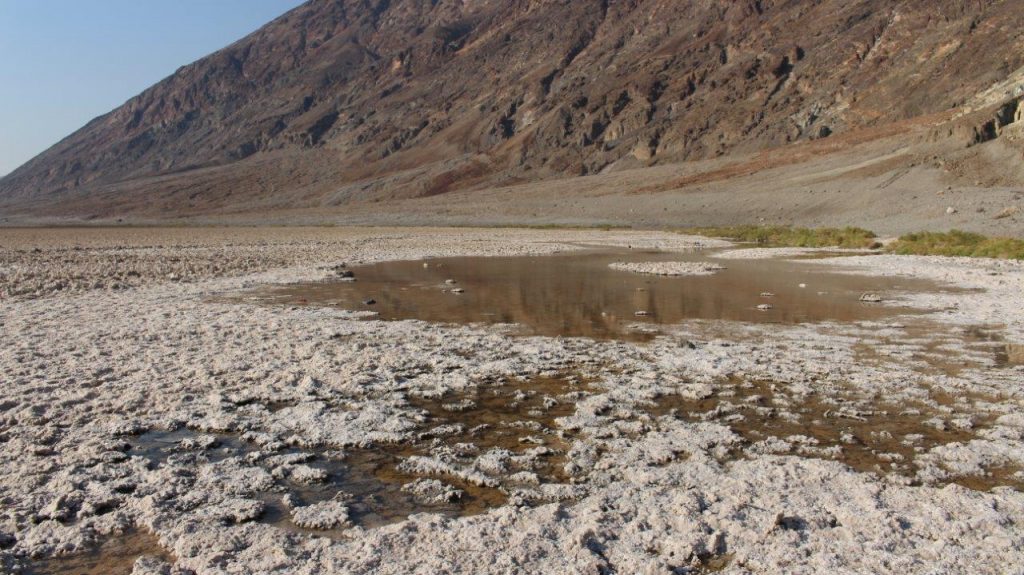 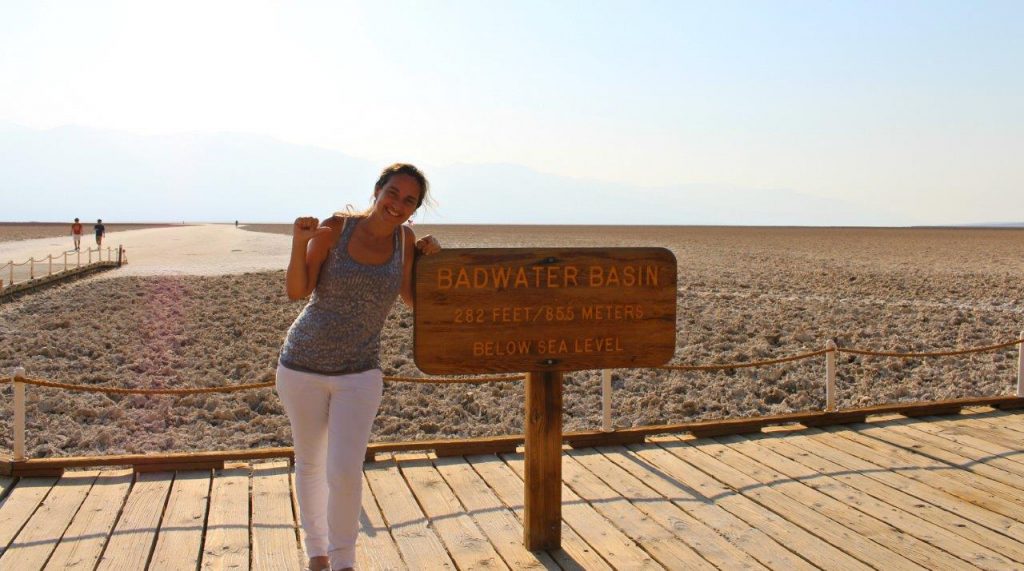 At one of the points we saw a sign for a rock in the shape of a bridge, but Ruth was the only one who got to see it. From the parking spot it was about a one mile walk and I stayed in the car with Noah. Along the trail you can see rock formations in different shapes, such as a candle in melting wax (paraffin), a turtle and, in the right season, a waterfall. 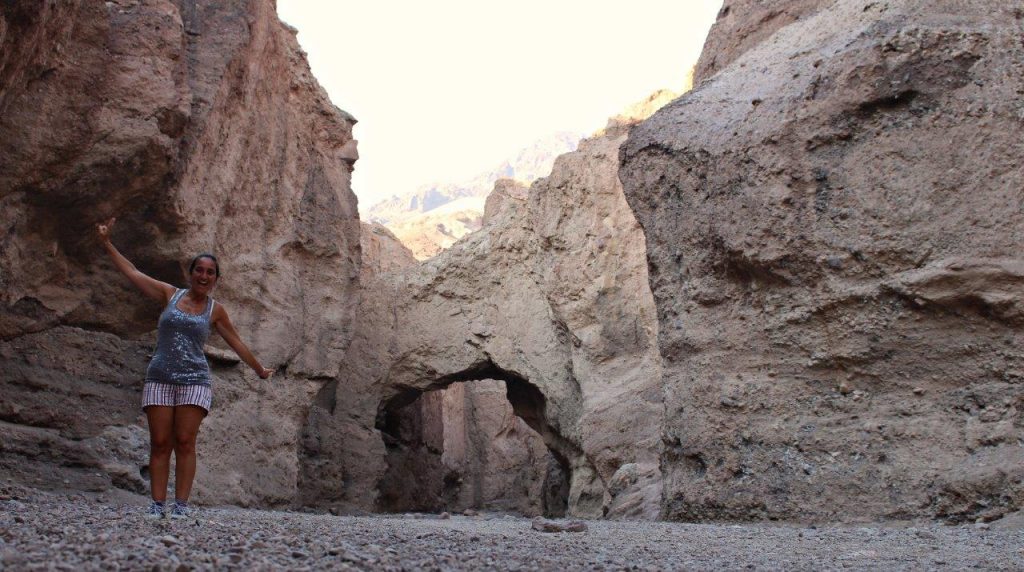 The next stop was the so called Artist’s Drive and the Artist Palette. The rock formations in different colors make you think that it is a real artist’s palette.  The way back to the road is just beautiful. 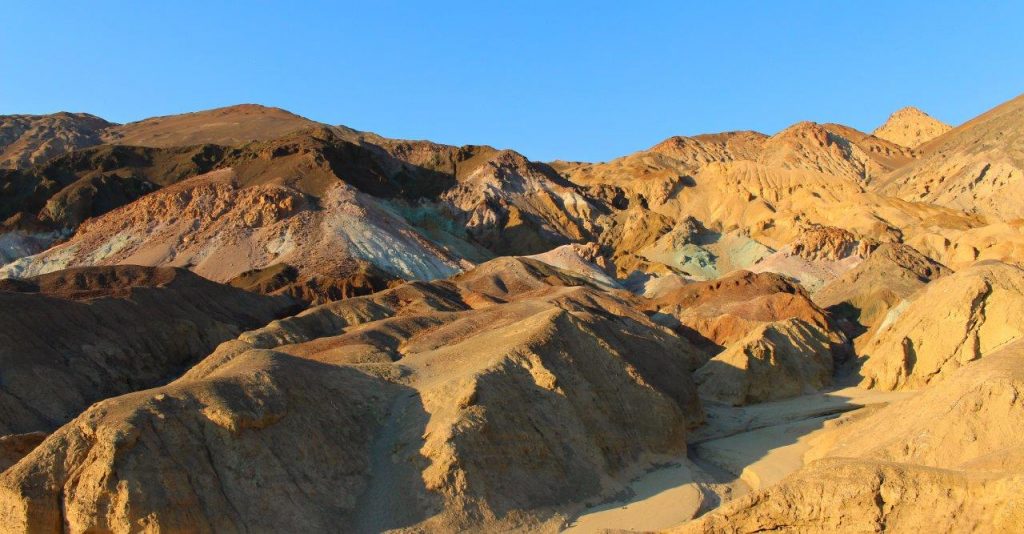 Zabriskie Point … wow!!! There few words to explain the views from this viewpoint. I think the pictures can speak for themselves. 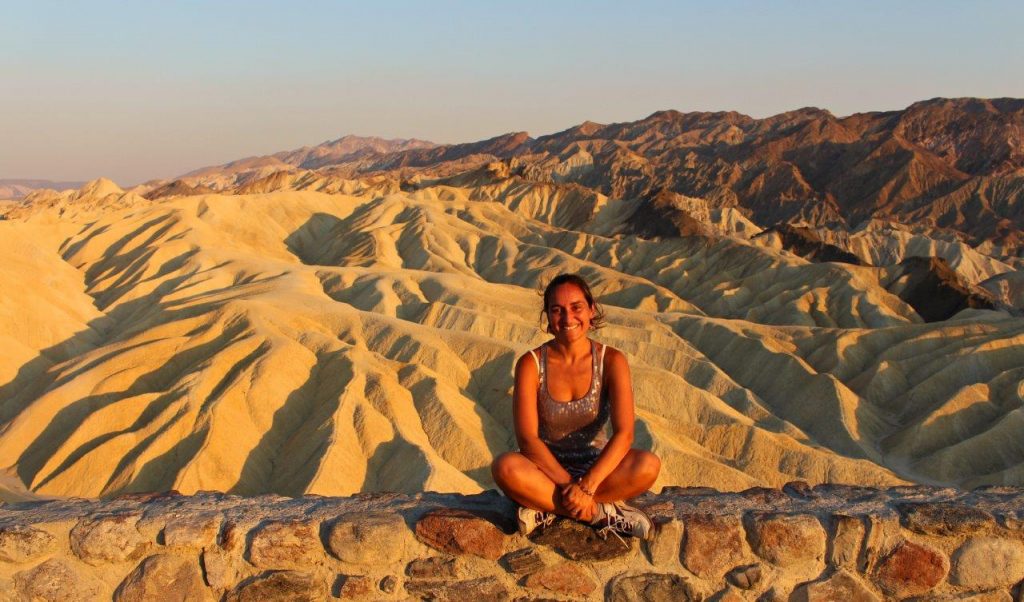 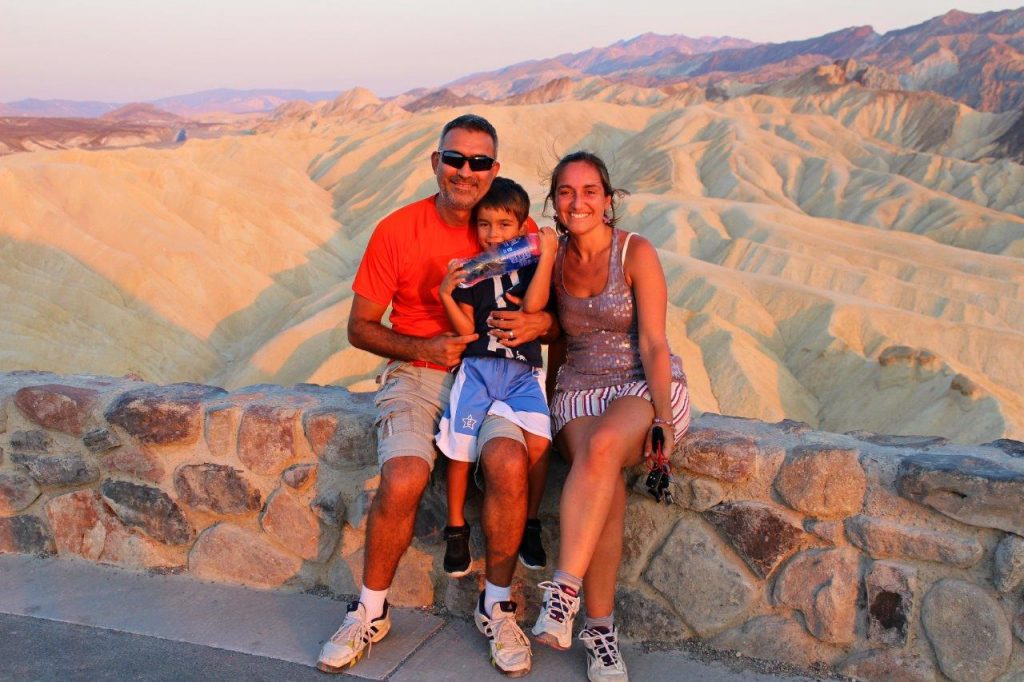 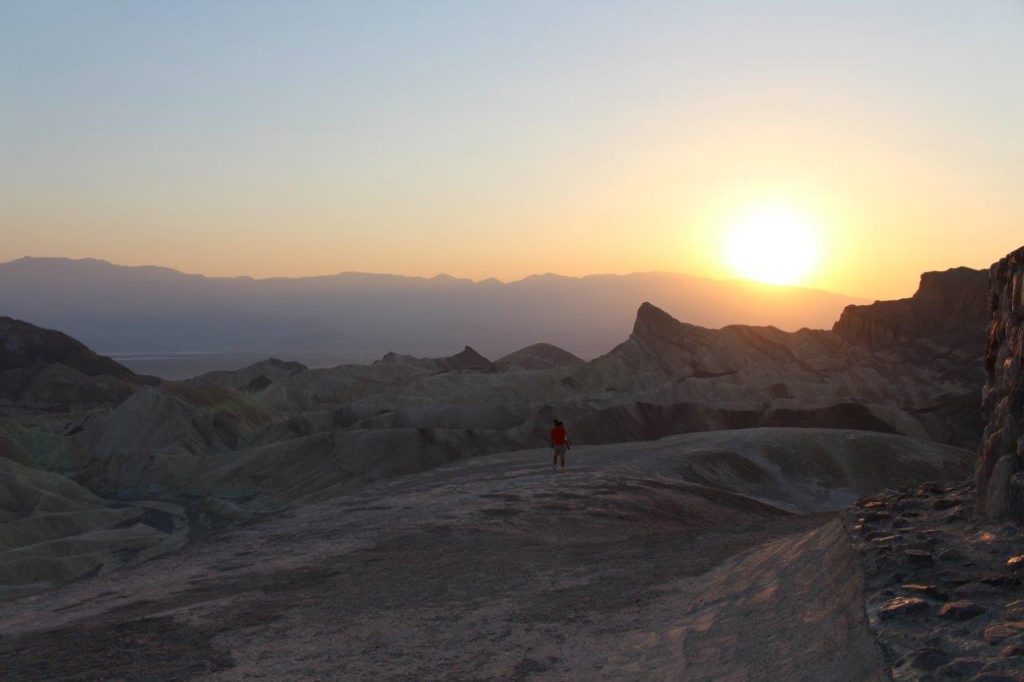 Family Travel Secret
Death Valley is the hottest and one of the driest (if not the driest) areas in the US. It is never recommended to go there in summer time, when temperatures can go over 120°F (50°C). After our visit we met some Americans who told us that they would never go there in the summer … :S 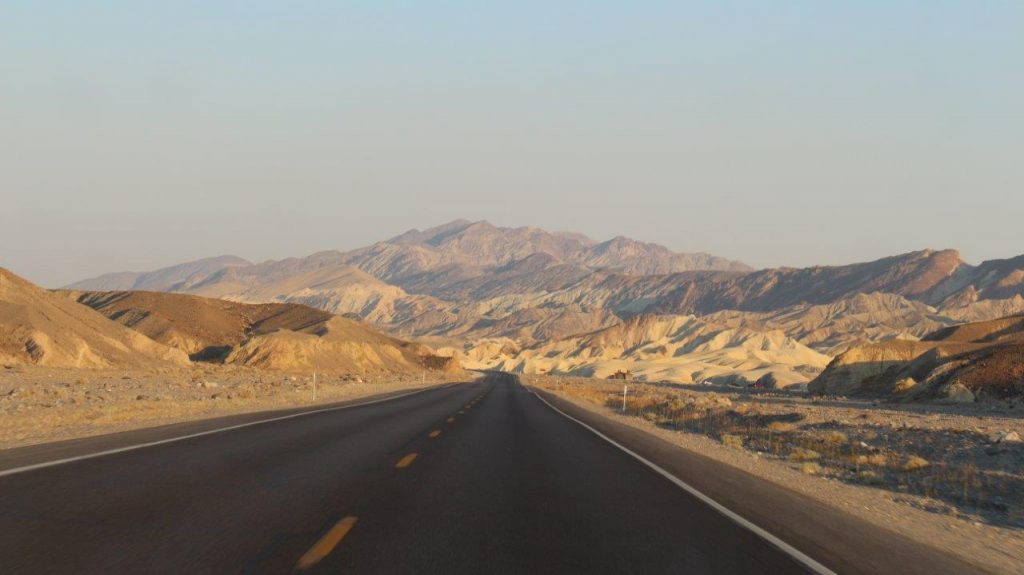 So despite the weather this is a really recommended place to visit if you are on this side of the country. 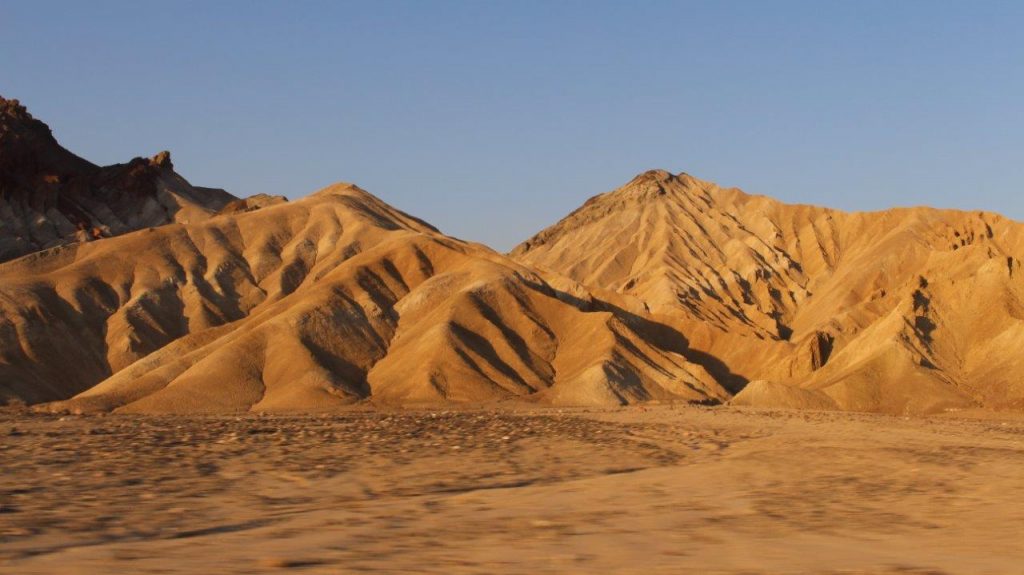 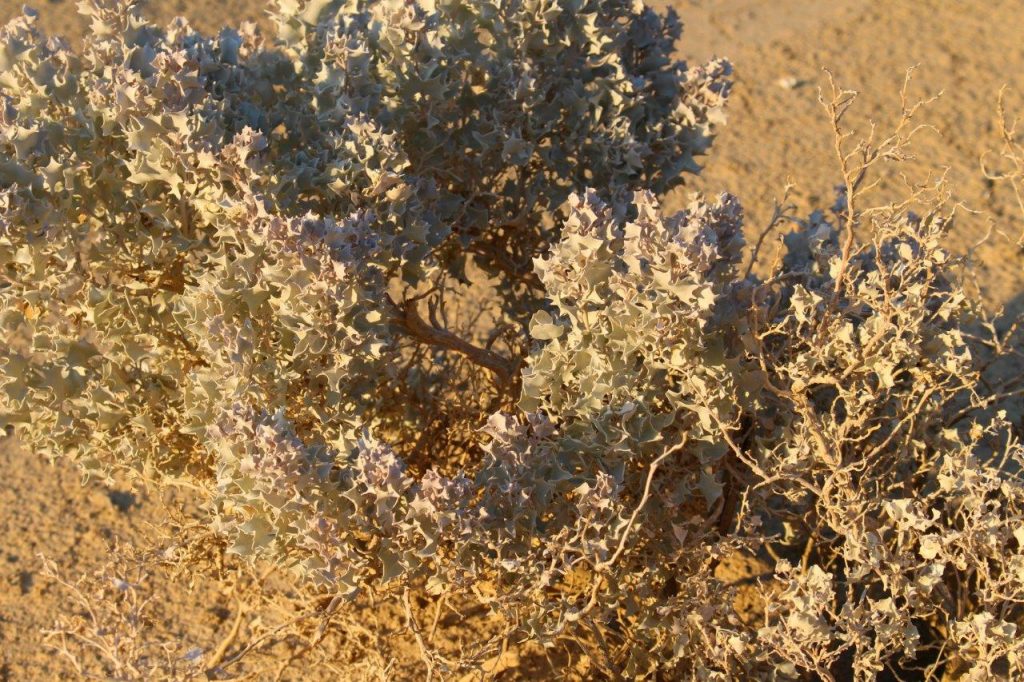 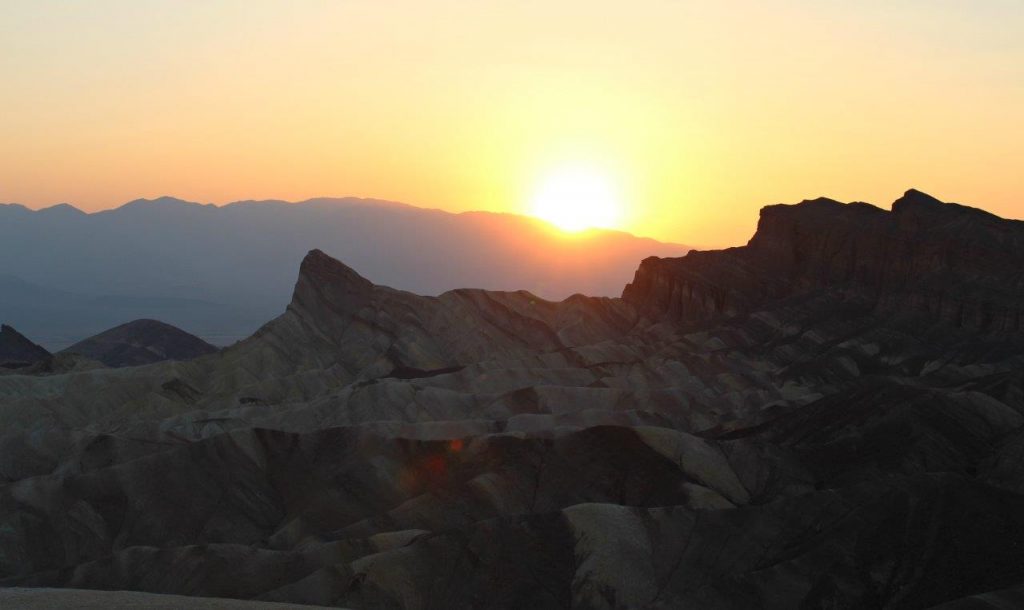 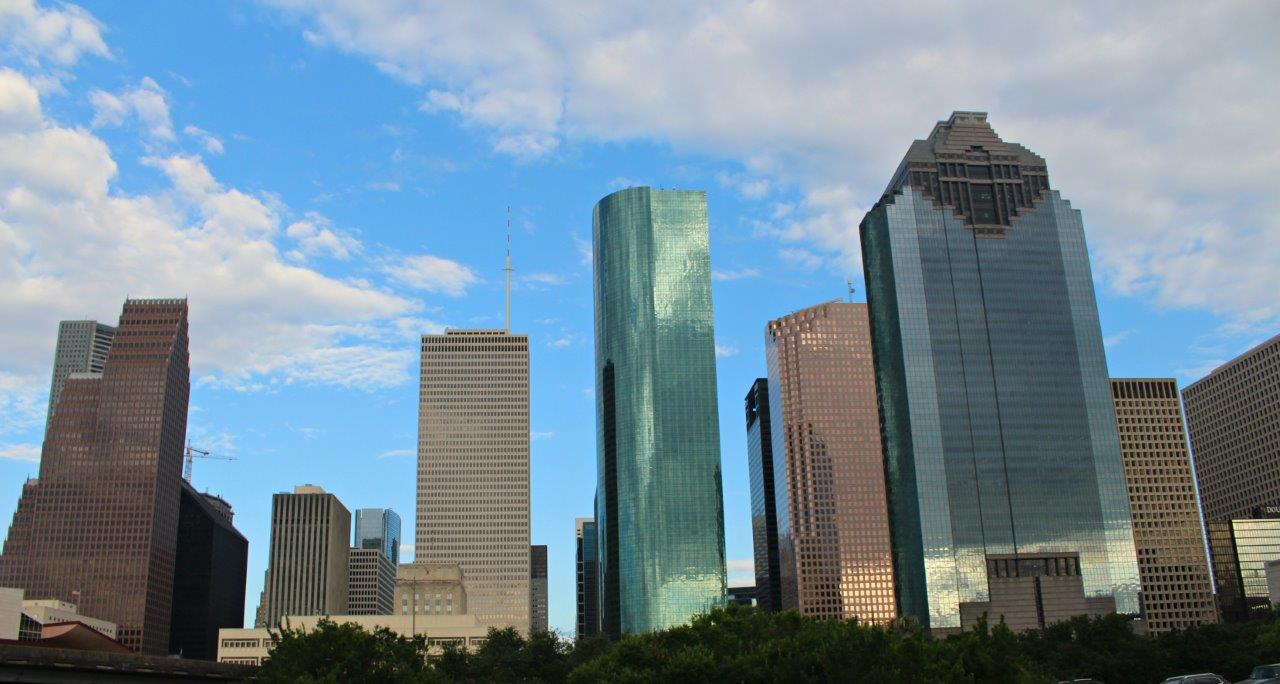 Visiting Houston with a CityPass 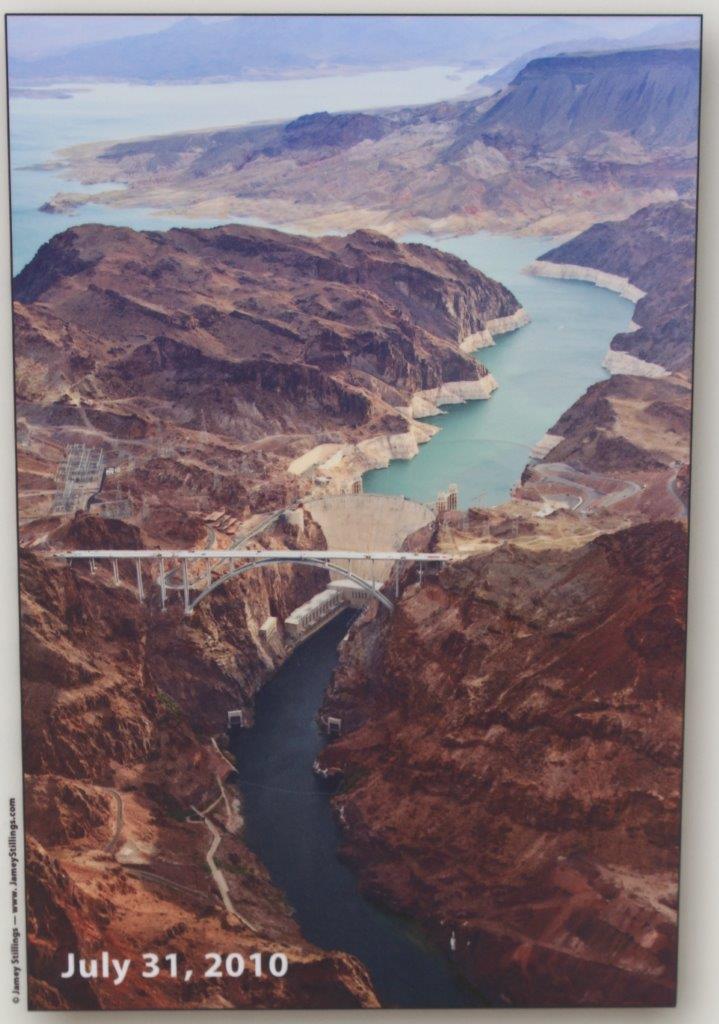